Live Reviews
2
108
previous article
SPILL ALBUM REVIEW: ONE IN THE CHAMBER - I'VE GOT SOMETHING TO SAY...
next article
SPILL VIDEO PREMIERE: THE CROOKED - "DOG DAYS" 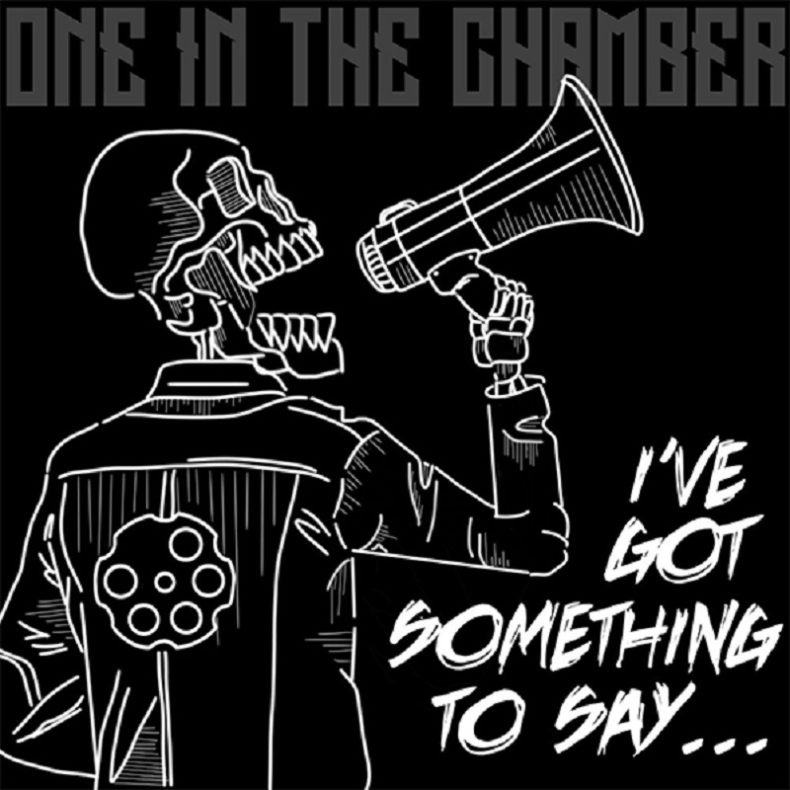 One In The Chamber w/ The Reed Effect

The hottest ticket in town tonight had to be at Toronto’s The Hideout, where One In The Chamber officially held their album release party for their debut EP, I’ve Got Something To Say… It was a night for celebrating, and celebrate we did!

Openers The Reed Effect are no strangers to the local Toronto Music Scene. Consisting of brothers Kirk Reed on lead vocals and guitar, and Chris Reed (Fat Mob, Exit Seekers) on bass, and rounded out by former lead singer of Last Bullet Bryan Fontez on drums, the band packs a hard-hitting punch of dirty rock ‘n’ roll. Kicking off their set with ball-breaking “Down In Here”, the lead single off their most recent EP, A Strange Curiosity, they managed to move the crowd into high gear with their fuzzy guitar licks, booming bass and searing drum beats, and didn’t let up for the rest of the set, much to the delight of the audience. Their sound is the perfect mix of rock and grunge, and the audience was not disappointed, in fact it never is. That is The “Reed Effect”.

After a brief break, it was time for the night’s headliners – One In The Chamber. Tonight was their night for celebrating the release of their first EP, I’ve Got Something To Say… and celebrate is exactly what they would do. The band made their was onto the stage to a spacey intro, breaking into opening number “Baby Doll”, and pretty much blowing the roof off the venue, not letting up until the end of the night. The audience came to celebrate, and that is exactly what they did. Blasting through such crowd favourites as the album’s lead single “Bills To Pay”, to the borderline blues/jazz influenced “Crooked Step” (complete with its thrashy drum beats), One In The Chamber gave the attendees the party they came looking for and more, wrapping up the evening with a searing version of Led Zeppelin classic “Immigrant Song”, a tune few bands can successfully pull off – OITC had this one in the bag however.

One In The Chamber consists of Mike Biase on lead vocals and guitar, Cecil Eugene on lead guitar and backing vocals, Christian Dotto on bass, and Gerrod Harris on drums and backing vocals. Technically they are tight and sophisticated, and move together musically like a well-oiled machine. They have toured relentlessly in the GTA over the past few years, leaving quite a dust storm in their wake, and not surprisingly, have just recently been nominated for this year’s “Best Rock Band” by Mississauga Music at their annual awards show to be held September 29.

“There are two types of performers”, Biase declared at one point when thanking the opening acts. The first type will think “I hate those guys”. The second type will say “I hope we don’t suck”.. I can’t promise we won’t suck”. They needn’t have worried – one thing One In The Chamber clearly did not do tonight was suck. “We are One In The Chamber and we got something to say”, Biase sang at one point. Tonight, the audience was all ears for a band that is clearly on their way up, and has lots to say. Thanks for a great night!

One In The Chamber Setlist

Trish Melanson lives in the Toronto area with her three boys, Nicholas, Justin, and Eric, her dog Jakkson, and her cats Max and Jagger. She is the former host and producer of Canadian Kickass, a weekly two hour radio show on New Jersey's Chestnut Radio, showcasing Canadian Music. She is also a former Web Content Manager of Indie Soundscapes, an online showcase for Independent Music Artists Worldwide, and was a regular music contributor to The Stroumboulopouli. She is a fervent supporter of the Toronto live music scene. In a past life she was a teacher and Vice Principal in Durham Region. She has many more new and exciting projects waiting in the wings. ;)
RELATED ARTICLES
i've got something to say...live reviewone in the chamber

by SPILL NEW MUSIC on April 5, 2020
ONE IN THE CHAMBER – “BLOW” A SPILL EXCLUSIVE VIDEO PREMIERE Since the release of their 2018 debut studio EP, One In The Chamber has been compared to the likes of Guns N’ Roses, Led Zeppelin, Velvet Revolver, Soundgarden, [...]