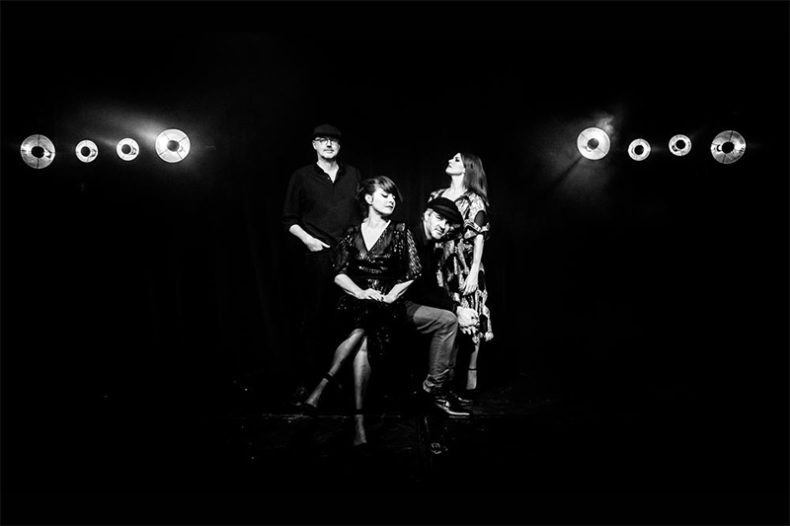 “Happy Birthday, Nouvelle Vague” was the chant that welcomed the French band to the city of Newcastle upon Tyne, UK tonight. In celebration of their 15th anniversary Nouvelle Vague have set out on a tour of Europe, which will continue until December. Tonight, they marked this monumental festivity with a stunning and enthralling birthday party just like the French do it.

Nouvelle Vague’s shows are always a mystery and you never know what epiphany the two virtuosos, Olivier Libaux and Marc Collin, will come up with. This time, they took us by surprise right from the start. On stage, Olivier  gently played his guitar, while Marc created ambivalent sounds on the keyboard, backed by another keyboard player. Suddenly, two melodic voices chimed in, but it took me a while to identify where the sound was coming from. Melanie Pain and Phoebe Killdeer finally appeared from the back of the room, behind the seated audience. The ambient and intimate concert hall allowed for the singers to gracefully walk around the seats, while showcasing their glamorous shimmering outfits, and enchanting the fans with their musical talent. 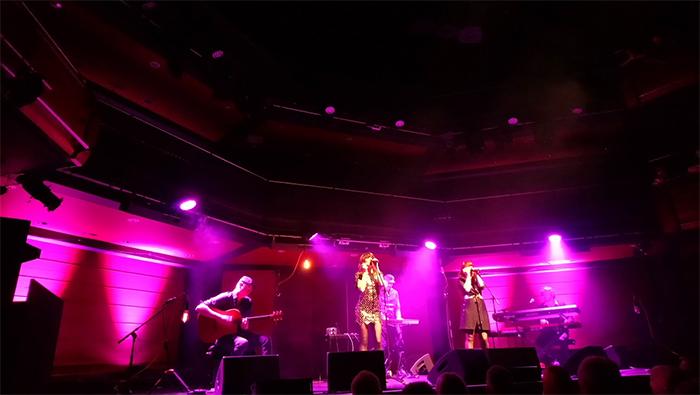 Tonight’s show was a charming performance. Each songs, sampled from each of their studio albums, was faithfully interpreted and full of soul, portrayed with an intricate musicianship on guitar and keyboards. Phoebe Killdeer was fully  in character when performing the opening song “I Wanna Be Sedated” as well as, “Human Fly”, provoking a humorous reaction. Melanie Pain, the first female vocalist who has been with the band since 2004, spread the wings of her angelic voice in a nostalgic manner, especially during “Dance With Me”. The audience could not resist the contagious energy of the musicians and tagged along in dance to  “Too Drunk To Fuck”, “Ever Fallen In Love” and “Blister In The Sun”. Of course, Nouvelle Vague honored their anniversary by performing the iconic cover of “Love Will Tear Us Apart”. Although this time the band chose not to include drums, the emblematic Bossa Nova rhythm was included using other unusual instruments, such as a Brazilian rattle and little bells–yet another surprise. 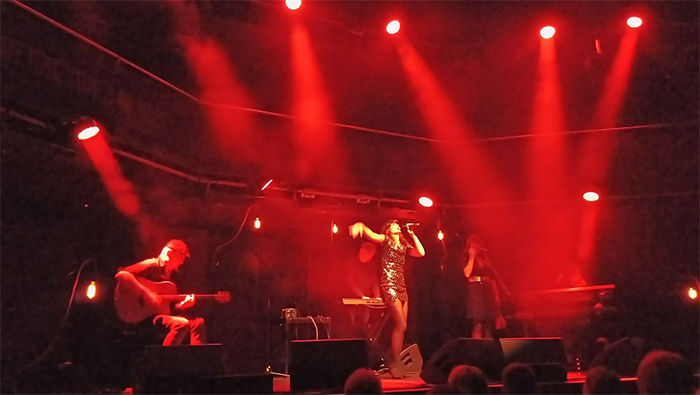 Nouvelle Vague attempted to end the show several times, but the fans’ enthusiasm brought the members back on stage to deliver more of their astonishing repertoire. They concluded their gig with “In A Manner of Speaking” in a typical Nouvelle Vague fashion – with a guitar, keyboards and Melanie Pain. Spontaneous and experimental, the Newcastle gig was a swim with the flow of music.

Eleonora is a freelance writer, music and art-lover. People usually call her Ellie. She recently graduated in Media, Communications and Cultural Studies in the UK. Originally from Bulgaria, Ellie is planning to go travelling around the world and write about her adventures and music encounters.
RELATED ARTICLES
curiositiesisraellive review