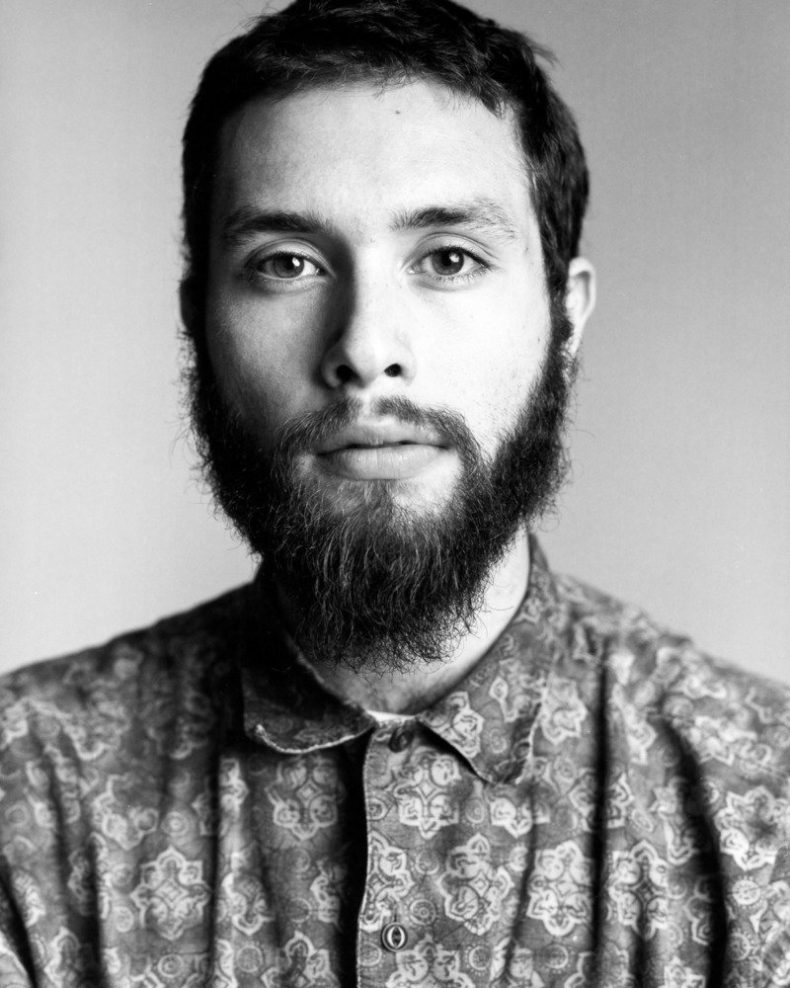 Beginning his month-long tour to promote the upcoming album Green Twins, Nick Hakim brought a sizable crowd out to the basement of the Drake Hotel for an evening of retro-soul with the downtempo dreamy electronica of Blunt Chunks serving as the opening act.

Beneath the neon “BANG BANG” sign, Toronto-based Blunt Chunks (AKA Caitlin Woelfle-O’Brien) huddled in a squat – cornered by an intricate array of pedals, buttons, and switches – to begin the night. She looped her airy vocals and synthetic audio tracks into several layers to create a rich orchestra of hypnotic, freeform requiems. The crowd solemnly watched, while some closed their eyes, absorbing the spectacle. In between songs, Woelfle-O’Brien divulged quick adlibs related to her music and the event. In one instance, after performing a cover of a song from Godspell the Musical, she threw metal horns into the air and said, “love musicals,” showing her wide gap-toothed smile. At the end of her final song, her cell phone alarm accidentally turned on but blended well into the track, to which she commented, “yes, that is actually my cell phone alarm.”

The dreamy, alien ambiance of Blunt Chunks was brought to a more terrestrial level with the soulful grooves of Nick Hakim and his touring band; although, Hakim reciprocated the alienness of Woelfle-O’Brien with his own unique stage presence. Through treble-heavy guitar that made full use of its whammy bar, a retro organ that wavered like a failed tape cassette, and the smooth, anguished howls of Hakim’s voice, the set seamlessly transitioned from songs off Hakim’s first couple of alternative R&B albums to the more slacker rock feel of the recent album Green Twins – to be released May 19. Hakim performed the lyrics to his heartfelt songs with a captivating theatricality reminiscent of Tom Waits. For the song “Cold,” he repeated the line “she’s never coming back” will an exaggerated frown, defeatedly hunched over with only his one hand on the mic stand to save him from collapsing from the sorrow. At times, he would dance along by shaking his hands in erratic movements, pacing around the stage. The crowd seemed very familiar with the repertoire, singing along especially to “I Don’t Know,” as they took videos for their Snapchat and Instagram accounts, zooming in and out of the bands instruments and faces. Throughout the set, Hakim kept repeating that he “felt good to be in Toronto,” and the crowd’s enthusiasm for the music made it clear that Toronto reciprocates this infatuation.

Raised among downtown Vancouver’s thriving underground indie music scene, Josie moved to Toronto to study architecture and to check out the self-titled “music city.” She is now on the hunt to find the intersection of music and the built environment, and thrives on exciting collaborations with creative individuals.
RELATED ARTICLES
blunt chunkslive reviewthe drake hotel