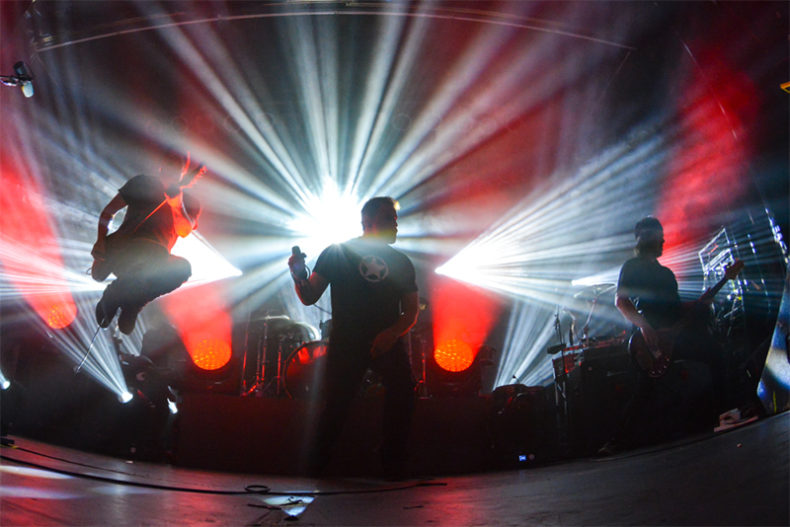 After reuniting last year with their original lead vocalist, Edwin, in celebration of the twentieth anniversary of their landmark album Scenery And Fish, I Mother Earth have been on a roll. To begin with, they sold out the Phoenix Concert Hall three times last may – one of which was a secret show where the headliner was billed as “The Experience”- which led to a string of Canadian dates. In the fall of 2016, they continued their Canadian tour by opening for Our Lady Peace which included a stand out performance at Toronto’s Massey Hall. Since then, the band has been busy performing across the country and headlining a number of local festivals. To mark the end of their recent Canadian run, I Mother Earth took the stage  tonight headlining the CNE Bandshell stage to what Edwin referred to as a family reunion.

To open their set, the band dove into “Not Quite Sonic”, a groovy and hard hitting opening track that showcased the syncopated and progressive nature of I Mother Earth. The rest of their set consisted largely of material from Scenery And Fish, but also included a handful of tracks from their debut studio record, Dig. Playing each song moderately faster than on the recording, I Mother Earth kept an exciting pace as they proved to be moving through the polyrhythmic phrasings and shifting meters in a tight manner. Immediately as guitarist Jag Tanna dove into “Like A Girl”, I was reminded why he remains one of my favourite guitarists to watch perform. Aside from having one of the nicest tones on a fender strat, Tanna is a true visionary whose guitar playing is still incredibly unique and refined, even after over twenty years since their original recordings. What makes his playing even better is that he sounds just as he does on the record, with a spirit of improvisation and spontaneity in his solos, lead lines, and riffing between songs. Aside from being one of the best guitarists to make an impact in the ’90s hard rock and alternative scenes, his legacy should be as revered as some of classic rock’s biggest icons. 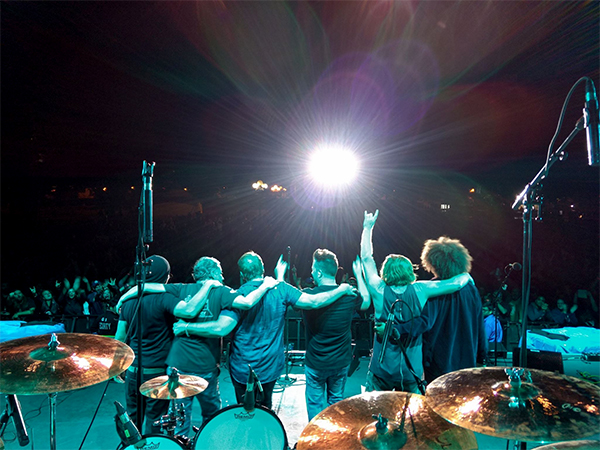 Their set continued to develop with the addition of melodic ballads of the likes of “Raspberry” and “Another Sunday” along with the very jam heavy “Earth, Sky & C.”. I Mother Earth proved to be very versatile as they navigated a balance between tracks of these styles with their heavy alternative rock hits such as “One More Astronaut”, “Rain Will Fall”, and the explosive encore song, “Levitate”. Edwin still has a very powerful voice, especially in the lower register; however when it comes to his higher and bellowing cries as heard in the chorus of “Rain Will Fall” and the bridge of “Pisser”, he often would pull too far from the mic to clearly be heard, or his voice would go out of tune.  Despite this, the energy radiating from the band made for a raw and exciting performance.

While it was not the best set I have seen from the band (the secret show at the Phoenix takes the cake in that regard), I Mother Earth put on a great show which highlighted some of their best material from their early career. The fact that their reunion has not stretched past the anniversary of Scenery And Fish leaves me hopeful that eventually the band will reconvene in a studio to work on a full length record. Until then, I stand by the fact that I Mother Earth are still the most impressive Canadian alternative rock band, making them a must see band in any setting.

A passion for music has always been a part of Gerrod’s life. As a young boy, he was raised on a steady diet of the music from The Chili Peppers, Aerosmith, The Stones, Prince, and others from his mum. Raised in the GTA, Gerrod continued to foster his love for music by attending a wide range of concerts and learning the drums. His unapologetic passion for music has no bounds and has spread to a wide variety of styles, whether it be the 90’s rock that sound tracked his teenage years, the jazz he studied in university, or his newfound love for hip-hop. He recently received his bachelors in music and education from York University and is passionate about writing and reviewing good (and less than good) music. Gerrod is also the drummer and songwriter for a Toronto based rock & roll band, One In The Chamber.
RELATED ARTICLES
cne bandshelledwini mother earth