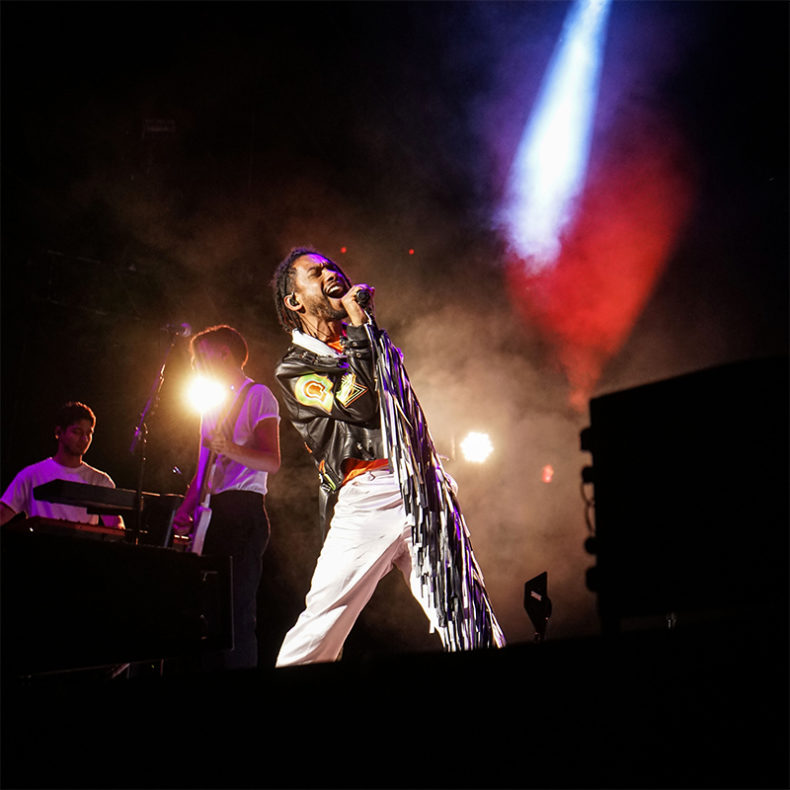 Miguel and Dvsn are highly acknowledged within the music scene. Although these two artists come from different backgrounds, they both deliver great performances. Despite the music scene being filled with acts that provide high energy and mosh pits, Miguel and Dvsn bring a soulful and mellow vibe.

Dvsn gave an incredible performance. Accompanied by three background singers, they performed some original songs along with some of the biggest hits in R&B. During “Hallucinations”, “Mood” and “Don’t Choose”, the audience lost their minds. Through either constant screams or singing along word for word, the audience was loving every moment that Dvsn was on stage.  In addition to their own songs, Dvsn included some hits from the early 2000s such as “U Got It Bad” by Usher, thus showing their versatility, and further cementing how good they are as artists.

Although Dvsn gave a great performance, Miguel’s was on another level. Live instruments and vocals, as well as the stage setup, all contributed to the excellence of his performance.  “Sky Walker”, “Sure Thing”, “Adorn”, and “Come Through and Chill” had people just vibing and enjoying every moment.  Miguel was able to give an amazing R&B show to Toronto.

Overall, Miguel and Dvsn’s show was incredible experience. If anyone has a chance to see either artist, it is highly recommended.

I'm a just lover of hip-hop and photography who grew up in Ajax Ontario. Through this platform I hope to share my opinion on the world of rap and bring a new perspective to new upcoming acts, artist, and the music scene. In addition to being a lover of hip-hop, I love to capture photos of these artist in the mean while.
RELATED ARTICLES
live reviewrbc echo beachtoronto