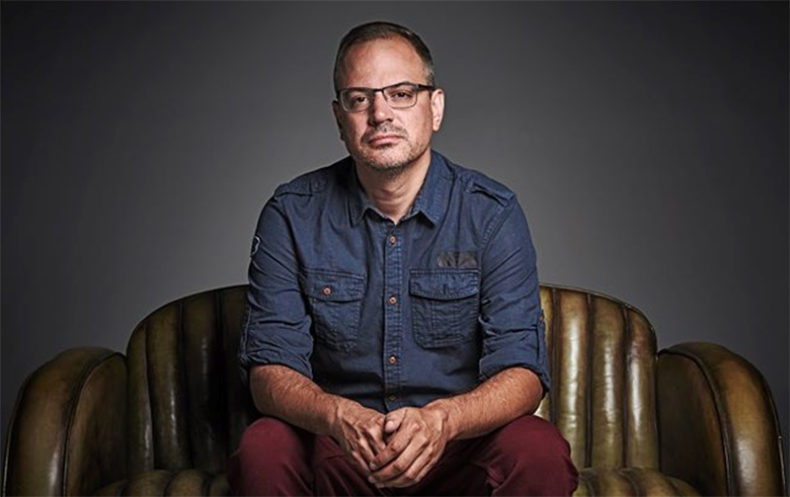 After Craig Stickland’s opening set, an operatic introduction and a vocal recording presented Matthew Good to the anticipating crowd. Good, who is now in his mid-forties, is no stranger to the Canadian music scene. After rising to prominence with the Matthew Good Band he managed to establish himself as a solo musician in the years following their break-up. While the Matthew Good Band has been disbanded since 2002 their songs are still present within the minds of many Canadian Alternative fans. With the release of I Miss New Wave: Beautiful Midnight Revisited Good has reminded his fans why Beautiful Midnight was one of his biggest albums.

On his tour supporting I Miss New Wave: Beautiful Midnight Revisited Good has presented songs that span a majority of his career. With seven studio albums under his belt, Good had no issue filling the over one and a half hour set. Backed by exceptionally talented musicians, Good delivered an energetic and musically impressive set. Located within The River Cree Resort and Casino, “The Venue” played host to these musicians. While it was an ample space and allowed for a lot of concertgoers its sound was occasionally unintelligible. For most of their set, the instruments and vocals were balanced nicely yet whenever Good attempted to banter his dialogue became nearly impossible to understand. Regardless of minor audio issues their performance was still engaging and managed to get a large portion of the audience moving to their tunes. To assist attendees located in areas with obstructed sight lines the stage was flanked by large live monitors displaying in often poorly balanced colour. Additionally enhancing their otherwise plain stadium-stage setup was a series of lights arranged in an arc that was positioned behind the band and provided a pleasant dynamic with the music.

As Good moved through songs off his recent EP such as “I Miss New Wave” and “Born To Kill,” fan’s attentions were constantly drawn in differing directions. The songs alternated from the chill and suitable for being seated to the upbeat and raucous. This variance in moods resulted is portions of the audience responding in different fashions and at different paces with those in seated sections searching for their seats during Good’s acoustic numbers only to leap out of them once the tempo increased.

Throughout his set, Good proved to the audience why the Matthew Good Band was one of Canada’s most successful alternative bands of the 1990s. Additionally, Good proved why he is still a relevant and respectable musician. With the release of I Miss New Wave: Beautiful Midnight Revisited and its supporting tour we have been reminded of Matthew Good’s past yet we are also given a glimpse into the upcoming projects that Good undoubtedly has in store.

I am an Edmonton based musicophile and photographer who loves experiencing music whether it's live or on my turntable. I play seven instruments and go to a lot of concerts.
RELATED ARTICLES
live reviewmatthew good