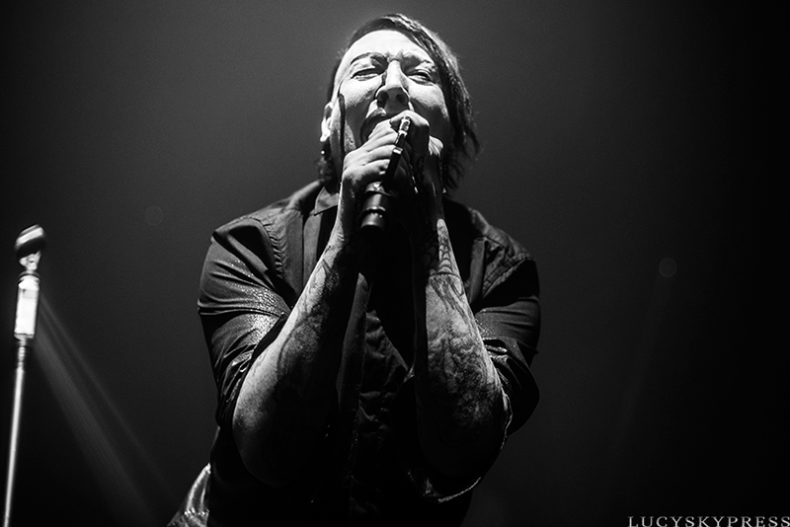 Fans had been looking forward to seeing Marilyn Manson at Rebel in Toronto for months before he injured himself when a stage prop that was not properly secured fell onto him and crushed his leg while he was performing “Sweet Dreams (Are Made Of This)” at New York City’s Hammerstein Ballroom. Most of the dates for the remainder of the tour were rescheduled while he recovered. The day finally came: Sunday February 11, and while it was still a phenomenal show, it was clear that he was too eager in rescheduling the shows and should have taken some more time for himself to recover. Although, of course we love and respect him for getting back out there as quickly as possible and giving it his all. It was, however, obvious to anyone really watching that he was in a great deal of pain and struggling to put out the performance he would like to have done and is known for.

Not many artists can survive the industry for as long as Manson has, let alone still be putting out records as good as his latest, Heaven Upside Down. The album title is quite accurate of Warner’s life lately, as he could be in heaven remaining this successful after such a long and prosperous career, but his world has been turned upside down recently, dealing with injury and the loss of his long-standing bassist, Twiggy Ramirez, after rape allegations.

For almost three decades, Manson has been shocking people around the world in many ways. While the main shock factors of course lie in the act, aesthetic, and how raw the music is, the most shocking thing is when anyone who doesn’t know much about frontman Brian Warner finds out what an intellectual, classy and respectable man he is. The man behind the makeup, the movement that came from the music they create, and the creation of the Marilyn Manson brand, is someone that anyone who wants to know where alternative music that will always be relevant comes from should look into. 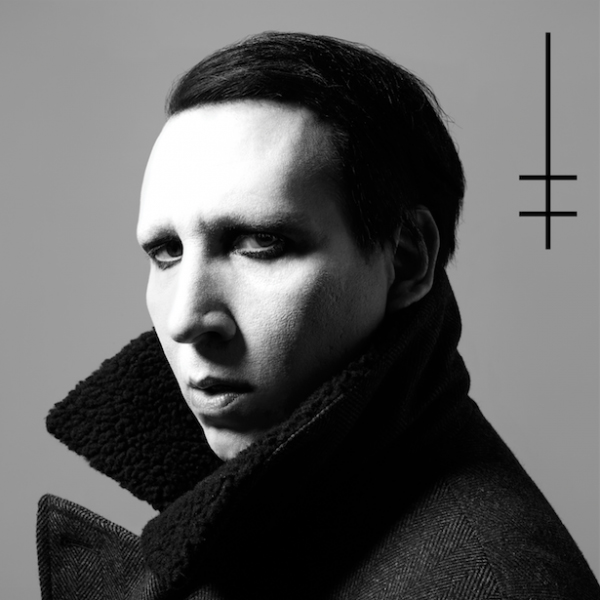 He prides himself in making music that forces people to think, and despite the crass nature of his music and act, — which also goes to prove how smart he is, to create something that makes a lot people uncomfortable; giving them something they can’t take their eyes off of even if they don’t like it — when it comes down to it, he out-classes interviewers, as well as the people accusing him of being the reason for things like Columbine. The commentary he gave when accused of being a contributing factor to the tragedy that was the Columbine attack alone will open your eyes to what people are missing when they get stuck at face value. Another thing that people forget, or just don’t know, is that before Warner started Marilyn Manson, he was writing reviews just like this one — aspiring to be a journalist. Forfeiting the years we’ve gotten from Manson and the timeless records that will be played long after we have left this earth could not be traded for the world, but it will forever be unanswered what a world where he ended up a journalist and Marilyn Manson never happened would be like. Other than his contributions to Rolling Stone and archives of articles written post-Manson, we will never know what could have been.

However difficult it is to get to Rebel, it’s always worth it and there is no better venue in Toronto to host a Manson show. Shows with that much raw energy and theatrics deserve a venue that has everyone forced to be on their feet if they want to get a good view. The upper deck is a great area for anyone who does not want to be in the sweat-filled, shoulder-to-shoulder general admission crowd. So even if trying to get up close isn’t your thing, a good view can still be achieved from the upper level of the venue. Through the costumes, banging the intro to “The Beautiful People” on a horizontal guitar with guitarist Tyler Bates, and the stage setup/props, there shouldn’t be a moment where anyone would want to take a seat.

Regardless of the fact that he was still wearing a walking cast and was very clearly in serious pain, the performance was not largely affected. It was quite sad to see him struggling so much to put out his usual energy, and there were many times where he was noticeably using his bandmates as physical support, as well as taking breaks kneeling down on the speakers in between songs, but how evidently he was woeful of the fact that he wasn’t giving more to the crowd is complimentary to his character. ‘I’m really sorry Toronto, I hurt my stupid leg,’ Warner said before ending the night with arguably his most well-known song, “The Beautiful People,” throwing the mic to the ground and beelining off stage to the tour bus to recover. An artist’s passion really shines through at times like these — 49 years old and still performing, even with a broken ankle and likely more injuries sustained from the accident.

Music makes the worst situations bearable and the best situations even better. I'm just here to share the inside scoop and anything you may have missed, while I establish my own voice in the industry. Born and raised in Ottawa, I never go anywhere without a set of headphones. Live music has been my vice for as long as I can remember and sharing stage side stories is a major bonus.
RELATED ARTICLES
heaven upside downlive reviewmarilyn manson
9.0