Folk band Magic Giant rocked The Garrison during their In The Wind tour across North America. Their songs consisted of prominently fast-paced hits, causing everyone in the crowd to get up and dance.

Magic Giant originated in Southern California when lead singer Austin Bisnow met string musician Zambricki Li. Together, they played some local shows until they eventually faded out. However, six months after that, a talent buyer called the pair to book them for shows. It wasn’t until Bisnow caught a video of Brian Zaghi, guitar and bass player, that the duo became a trio. Opening act A Fellow Ship came onstage and got the crowd going. This band was energetic from the start. There was no stopping the lead singers from dancing on the stage – and off. Vocalists Joe Dent and Forest Van Winkle jumped off from their marks to dance with their friends and fans in the crowd. Even pianist Teddy Liptay would head bang, and threw in a Charleston when he could.

Of course, once Magic Giant came on stage, the crowd went wild.

The band members are pretty hard to photograph – which isn’t necessarily a bad thing. The trio are a high-energy bunch, jumping on and off of a box, performing choreographed jumps across the stage, spinning, and just never standing still for too long. Of the many bands in the world, Magic Giant has to be one of the most energetic and fun to watch performers out there.

Among the set list was all the songs from their first album, Magic Giant, along with their new hit Set on Fire. Considering that the EP doesn’t have enough songs to perform for a single concert, the folksy take on Outkast’s “Hey Ya!” was a pleasant surprise.

It also should be noted how interactive the trio are with their audience. They shook hands with fans just before and during the show and they organized the crowd enough to record a live performance.

After the crowd chanted for an encore, Magic Giant returned onstage for one last song, leaving their fans with one last energetic performance. 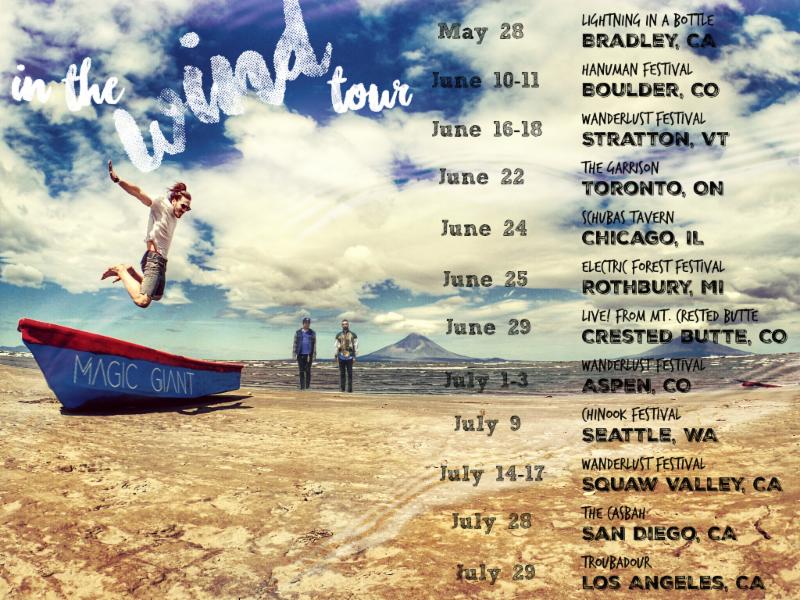 Music and writing have always been a big part of Sabrina's life. She would "borrow" her dad's rock and metal CDs from his collection and listen to them while going through the art books. Although she doesn't write angsty poetry anymore, she does have a Bachelor's Degree in Journalism which she uses to pursue a creative career path. When she's not writing, Sabrina can be found juggling a coffee cup and DSLR or Instagramming her food.
RELATED ARTICLES
live reviewthe garrisontoronto