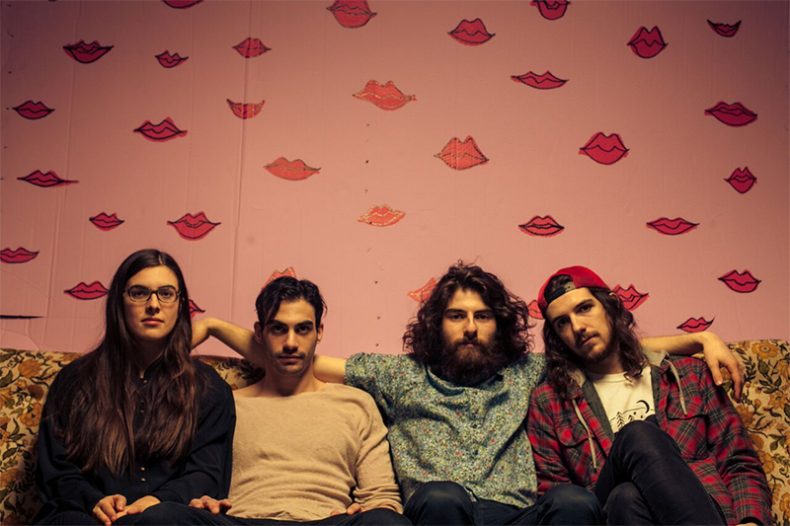 The evening kicks off at Smiling Buddha – an intimate venue and dive bar at College St. and Dovercourt Rd. that regularly hosts emerging Toronto alternative indie-rock bands. The opening trio band, Tangerine, is from Seattle, made up of Toby, Miro, and Marika. Their sound is pop-garage-rock, with influences such as Haim, The Strokes, The Velvet Underground, and the like. After the release of their album, Sugar Teeth February 19, 2016 with Swoon Records, the band has been touring all over North America.

Next up at 10:20 p.m. is the Winnipeg-based band Living Hour. Their personal band description is spot on: “Dissolve in a dreamscape of Living Hour’s summer-fueled haze. This five-piece places a halo around your head and pushes you into the wild open imagination of real live bliss. Inspired by never-ending skies, psychedelic guitar waves and old school love songs, these songs will wash away your substance and turn you into the ethereal creature that you’ve always dreamed you were.” 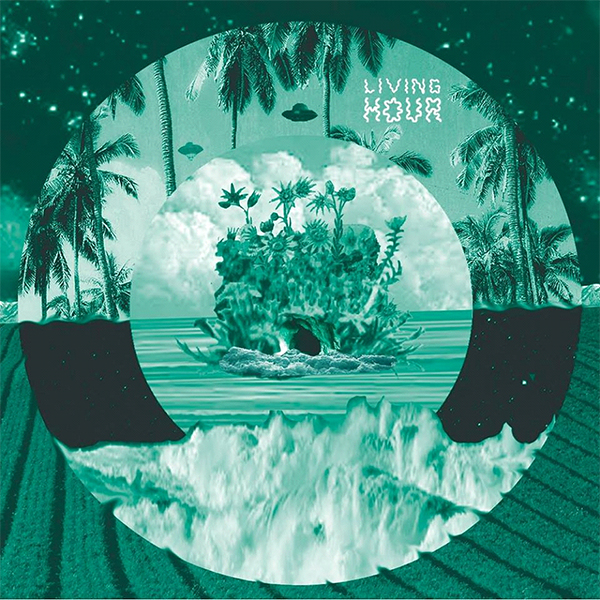 They are just finishing their grand tour that promotes their newest album, released worldwide with Lefse Records on February 19, 2016. Living Hour’s looking good, having been on the road for about 36 days all over North America (since the first show on March 19 in Milwaukee), with two more shows to go in Detroit and Rock Island before driving all the way back to Winnipeg.

Living Hour formed out of basement practices in South Winnipeg, with inspirations from the nature in their hometown. The band’s sounds have developed and grown largely to encompass blissfully chill dream pop. In April 2015, Living Hour contributed two songs to a vinyl compilation called Family Portrait II, put out by Art is Hard Records. During the same time, they released a very limited edition cassette version of their debut self-titled album with Tree Machine Records. This 2016 North American tour is showcasing all that Living Hour has to offer.

The largely hipster crowd gathers near the front of the venue near the stage, awaiting the main act as they go over sound check. Vocalist and multi-instrumentalist Samantha Sarty is on keys and trombone, Adam Soloway and Gil Carroll on guitars and bass, and Alex Chochinov on drums.

To kick off the night, the space fills with a calming ambient instrumental sound, sweeping the audience away through soft psychedelic waters. The trombone swells in and out over looping strings in the background. After a few minutes in, the pace picks up and the singing begins, sandwiched between beautiful trombone interludes.

Second up is the song “Seagull,” one of the more popular dream-pop tracks from their new album. The musicians are all jamming out, bringing a raw and organic vibe to the overall musicality. Constant buzzing is coming through the Smiling Buddha amplifiers, along with some screeching glitches, evident between each song – adding to the ambience of the whole set. The hypnotizing vocals by Samantha are hazy and suave, entrancing the crowd into a dream-pop-like state.

Originally from Toronto, Giselle is exploring the worlds of entertainment and social change through a musician's lens. With a background in Environmental Studies and Music Business, she works to establish her own voice in the music scene.
RELATED ARTICLES
lefse recordslive reviewliving hour
5.0