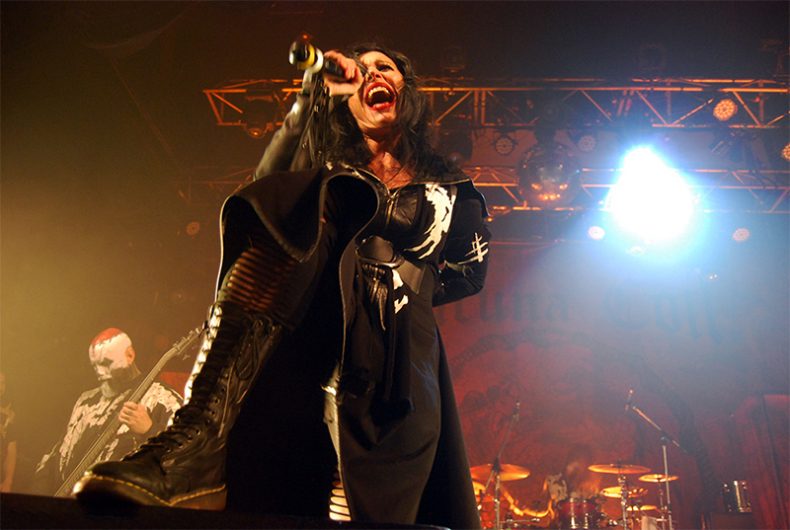 LACUNA COIL w/ ALL THAT REMAINS

On the second last day of their North American tour, Italian gothic metalers Lacuna Coil, co-headlining with All That Remains, played to a packed room at the Opera House in Toronto. The tour, in celebration of their ninth studio album Black Anima, is a much anticipated one as the fan response to the album has been outstanding, hailing the work as the hardest and darkest offering from the band to date – a step in the right direction.

The album’s visuals have carried over to the live show with a distinctly sinister black and red motif echoing the album’s unique theme of descending into Hell. With bassist Marco Zelati, drummer Richard Meiz, and guitarist Diego Cavalotti made up to look truly demonic, and the band’s stage uniform being black and almost militant, they’ve truly embraced the gothic aesthetic for this tour.

Kicking off their set with “Blood, Tears, Dust” from their previous album Delirium, Lacuna Coil delivered a high powered rapid-fire set celebrating the best of their illustrious career spanning over 20 years. With so much ground to cover while wanting to both showcase the new album and deliver fan favourites from their earlier years, vocalist Cristina Scabbia asked the crowd to decide – do we want to hear “Heaven’s a Lie” or “Swamped”. Turns out the fan response the entire tour has been the same and they’ve never actually played “Swamped” yet. 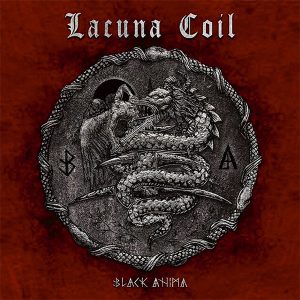 From the new album, Lacuna Coil performed their two releases “Layers of Time” and “Reckless” while also offering up fan favourites including “Spellbound”, “Our Truth”, and “The House of Shame”. Though this performance came at the end of their tour, the band showed little to no sign of fatigue. Scabbia and fellow vocalist Andrea Ferro delivered a show full of energy. Ferro’s harsh vocals were immensely powerful paired with Scabbia’s incredible range from low and guttural to amazing high notes.

Just as their set seemed to be hitting a peak did it all come to an end too soon. Unfortunately with a co-headlining schedule and time constraints, Lacuna Coil was only able to perform for about 45 minutes and had to say goodbye to their adoring fans without an encore. Seems the only downfall to their performance is it was far too short.

Massachusetts natives All That Remains closed out the show with their own thunderous set. Touring in promotion of their own ninth studio album Victim of the New Disease performing singles “Fuck Love” and “Everything’s Wrong”, the guys delivered a powerful show that the crowd loved.  Vocalist Philip Labonte gave a touching dedication to former guitarist Oli Herbert who passed away last year. Unfortunately, All That Remains also had an early end to their set and had to close the show without an encore.

This was definitely a night of great metal that ended far too soon. I look forward to both Lacuna Coil and All That Remains performing here again soon where they both headline their shows individually and are able to deliver a much longer set.

Samantha is both a writer and a fan of the arts and has been able to find numerous ways to pair the two. Eager to dive head first into writing for Spill, Samantha is an avid partaker and reviewer of live art in Toronto serving as an editor at Mooney on Theatre exploring live local theatre, she's a photojournalist for Been Here Done That, a travel, dining and tourism blog that focuses on Toronto and abroad and previously for Lithium Magazine. She's passionate about music, theatre, photography, writing -- not necessarily in that order. She drinks tea more than coffee, prefer ciders over beers, and sings karaoke way too loudly. You can follow her on various social media including Facebook, Twitter, and Instagram.
RELATED ARTICLES
andrea ferroblack animacristina scabbia