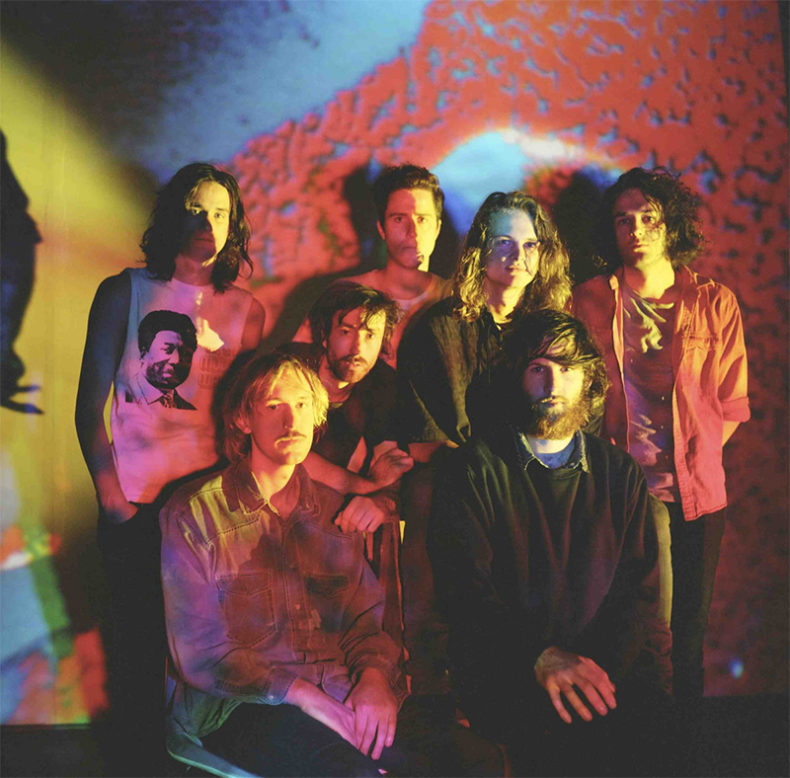 Returning to Vancouver for the third time in 14 months, King Gizzard & the Lizard headlined a double Aussie bill that was anything but dry.

Providing support for the night was Amyl & The Sniffers, a punk rock four-piece notable for their knock-out performances at Gizzfest, King Gizzard’s homegrown Australian rock festival. The unapologetic outfit did not disappoint a crowd expecting a night of Aussie attitude. Amyl & the Sniffers dished out some wild and immediate punk rock with a decidedly southern hemisphere flavour. Singer Amy Taylor’s beaming smile lightened the mood of the Malkin Bowl, charming the audience (“Vancouver, what the fuck is on?!”) in spite of rain clouds gathering overhead. In the gentle evening light, amongst Stanley Park’s flowers and trees Taylor happily twisted about onstage, charmingly throwing around profanities as the band knocked away unabashedly. Lyrics like “people say I look like a hooker/ I just wanna be a venue booker/ I’m not a loser” delivered with a cheeky Australian accent from the song offered hilarious payoff. Oozing a fun-loving, stick-it-to-the-man punk rock energy, Amyl & the Snifflers knocked out a blast of refreshing and surprisingly witty punk rock.

With five records released in 2017, King Gizzard have far more material than can be delivered in a single concert setting; the band’s segued many songs together with more brief renditions. Taking the stage, King Gizzard opened the performance with the mammothly heavy riff of “Digital Black” as the sun slowly dissipated behind the towering trees around the park stage. A gentle rain added a touch of discomfort to the audience but also an extra tinge of special inspiration for the band. 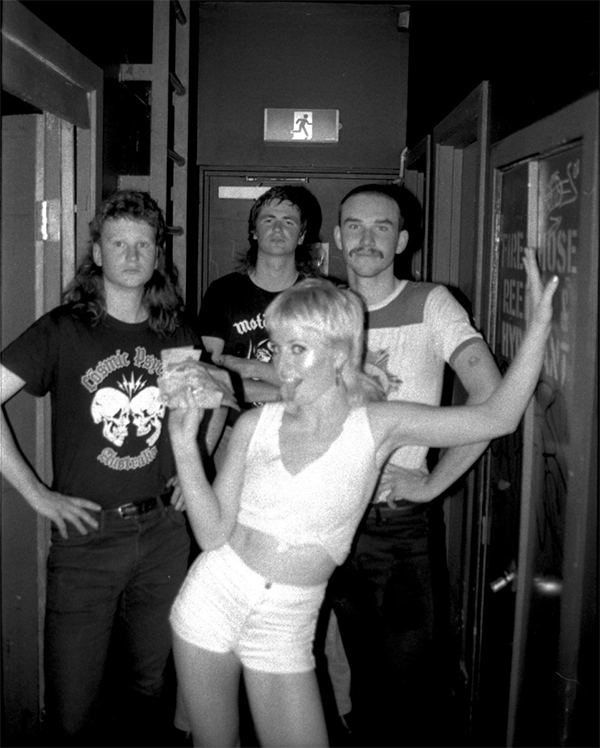 The band showed reverence for their energetic fanbase, and mentioned that they fulfilled a lifelong dream to by being interviewed by Nardwuar before the show. “Drink water. Huddle. Kiss” Though Murder of the Universe and Flying Microtonal Banana Vol 1. received ample coverage, Gumboot Soup, King Gizzard’s fifth 2017 release provided much of the setlist and showcased the Melbourne 7-piece at their most elegant and elaborate arrangements. “Crumbling Castle” from Polygondwanaland provided yet another successful experiment and example of King Gizzard’s expanding musical ambitions.

The northwestern rain failed to dampen the band’s enthusiasm; frontman Stu Mackenzie delighted the crowd with his signature stage lunges and guitar contortions. At one point, the stage required additional waterproofing from the elements; “Hang up a minute” quipped Mackenzie as stagehands brought up extra waterproofing. ‘We don’t want Amby to get electrocuted!’ Despite the inconvenience of weather, King Gizzard appeared to appreciate the natural beauty of the Malkin Bowl, a fittingly dreamy setting for the band’s most recent material which shows the Melbourne outfit at another exciting musical height.

Mackenzie guitar gymnastics might steal the show but the quieter talents in the band that fortify King Gizzard’s artistic output maintain the artistic payouts. Guitarist Joey Walker’s stoic rock action on the co-penned “Muddy Water” and the vocal performances of keyboard and harmonica player Ambrose Kenny-Smith; the succulent beauty on “The Wheel” from the band’s latest record. Crunching through the heavy riffage off of Murder of the Universe, Stu Mackenzie and company amply covered the broad strokes from all of their 2017 albums with the exception of the Mild High Club collaboration Sketches of Brunswick East.

After taking a short encore break, the band returned to the stage  as the lines of falling water added a special wild touch to the vividly pixelated stage screen. The atmosphere hung strangely about the stage as MacKenzie & company seemed to be preparing themselves for something otherworldly. When the quirky, playful lyrics of “nonagon infinity opens the door” descend to screaming guitar wails and a mouth-watering dual-drum fill, there was a moment of pure rock ‘n’ roll bliss. Just in case that wasn’t enough, the band followed with a seamless segue to the chaotic instrumentation of “Big Fig Wasp,” delivering the crowd another dopamine level boast in the process. “Gamma Knife” closed out the evening’s setlist, although at least a thousand fans patiently waited for another encore, unaware of the venue’s hard curfew. The band, ever reverent of their excited fanbase, would probably have played longer if allowed.

Skilled and versatile in multiple styles, King Gizzard & the Lizard Wizard have proven that they can excel in all sorts of conditions. Gumboot Soup works well in the rain.

The Spill Magazine is a Toronto-based online publication dedicated to covering the independent music scene with a strong focus on our thriving hometown talent. Our writers bring you up-to-date news, in-depth features on musicians and reviews for the latest CD releases. We also travel to the front lines for all local festivals including Canadian Music Week and North by Northeast. Don’t forget to check out our Facebook and Twitter pages for all daily Spill updates.
RELATED ARTICLES
ato recordsking gizzard & the lizard wizardlive review

by Ljubinko Zivkovic on November 20, 2020
King Gizzard & The Lizard Wizard Live In San Francisco ’16 ATO Records It has become standard in modern music to say that a certain artist or band [...]