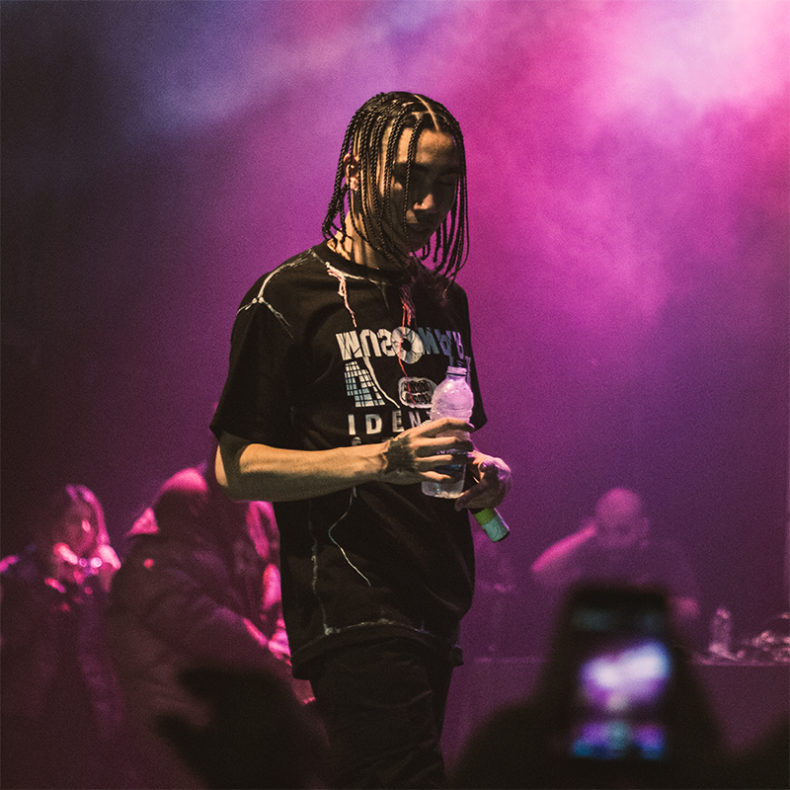 Up and coming Toronto rapper Killy performed for a sold out crowd at the Phoenix Concert Hall last night. The Toronto rapper seemed to come out of now. He followed up “Kilimanjaro” with several singles that cemented his name in the Hip Hop scene, even performing at 2017 Rolling Loud after having only released three songs.

Like many artists that seem to take off too fast, the fear of suddenly fading away is always there. Fortunately for Killy, unlike others in his lane, his fans have stayed loyal between the single releases; leading up to his debut project “Surrender Your Soul” dropping early March.

The doors were at 8pm, but by 7:30 pm the line of fans stretched a few blocks away, seeming to overwhelm the security as they struggled to keep order. The show was all ages with a mix of rowdy college students and hyped teenagers. I think security knew before the venue opened that it would be a long night for them.

Once everyone was in the venue, a set playlist got the crowd hyped as 6ix9ine played on repeat. As 10 pm approached, Killy’s hype man took to the stage to introduce the show, starting the first mosh pit of the night. When 10 pm rolled around, Killy started the show to an explosion of energy from the fans. Throughout the show Killy made sure to reintroduce the mosh pits every time they dissolved into the crowd. As the show came to a close, a fight seemed to break out near the front. Killy even jumped in with his boys to help, but to the surprise of the crowd it was merely a misunderstanding. A fan had lost their shoe in the crowd and people had just fallen over each other trying to retrieve it. Good guy Killy! Before security could get some rest, Killy played an Earth shaking encore of “Kilimanjaro.” Fans are likely to not forget this performance and I wouldn’t be surprised if Killy is at Rebel next time he has a concert in Toronto.