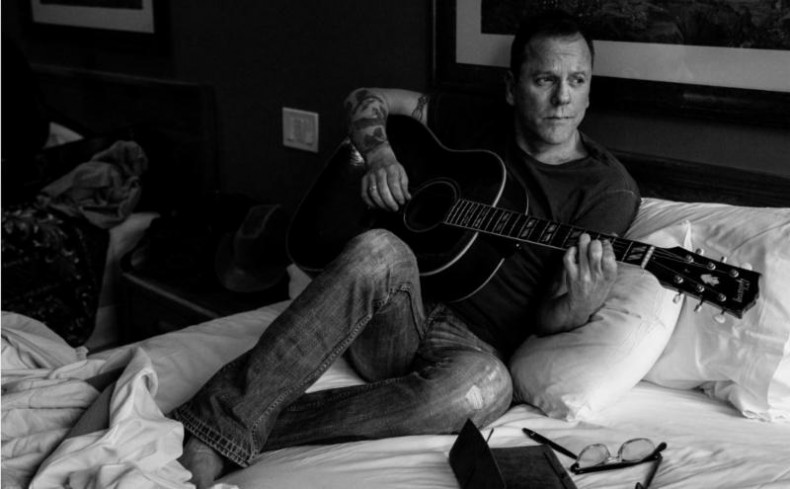 I have noticed a trend over the last few years for many A-List actors who have hit a peak in their career to try to diversify and try to establish a secondary career-usually in music. Results of this have been generally disappointing causing fans to ask ”why bother”. Yes artists can often be blessed with a transferable talent but I have yet to find a successful actor who has equally forged a decent music career. Latest in the line comes Kiefer Sutherland who has also decided to adopt this change in his career direction. However unlike the others before him, Sutherland has achieved success in other careers which he has juggled alongside his acting career. The country music genre also seems to be the actors choice of style. Unfortunately not a style that has managed to endear itself to me personally. However Sutherland has actually fully lived the cowboy lifestyle by becoming a top rodeo champion. This cowboy is the genuine article, no jumping on bandwagons for him. Therefore I had a mixed response when it was announced he would be playing a series of gigs around the UK. Not a fan of his style of music but still it would present a rare opportunity to see an A. List Hollywood legend in a small intimate club setting.. Gorilla in Manchester was actually one of the few venues I had not experienced in my last two years of attending shows. An additional point in the curiosity stakes that I could tick off.

Turning up ahead of the doors opening, I was quite surprised to see an already established queue snaking down the street, mostly middle aged woman with Lost Boys t,shirts and merchandise. Probably one of Sutherland’s most recognizable film roles as he played one of the main vampire roles. The mood was bordering nearly on groupie hysteria as he made a brief appearance prior to the bands afternoon pre show soundcheck. The previous day Kiefer had played at the legendary Glastonbury festival which I believe would be a nice warm up for the totally sold out Manchester gig. 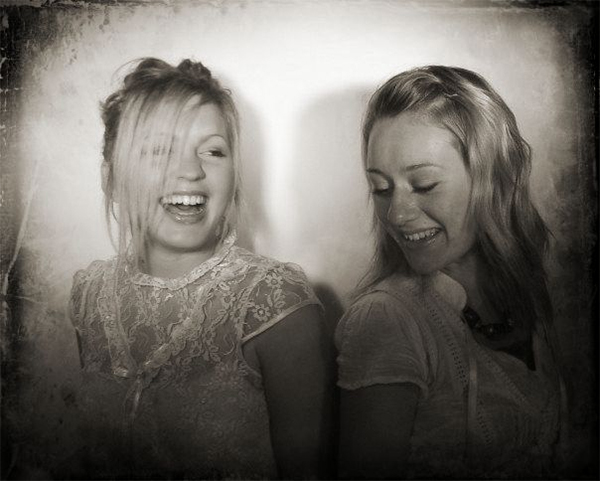 Sound Of The Sirens

Opening the show were duo Sound Of The Sirens. I had managed to have an advance listen to the unique new act in preparation for the show. Very impressive indeed. With most bands and especially support acts often influences and other bands come to the fore. However the ladies appear to have created their own musical landscape which is particular to them alone. Easy on the ear and to the eye they are definitely destined for great things. Following earlier self released recordings their latest album For All Your Sins”is a more polished article but at the same time also retains their own musical sound and style. My particular favourites of their short but yet sweet opening set were “Smokescreen” and  “Together Alone” Despite being far removed in terms of style and sound from the headliners country music Sound of the Sirens were extremely well received by the already packed Manchester venue. I definitely would predict that they would generate a successful tour on solely their own name.

As the show was totally sold out I had the foresight to arrive early. However many were not as fortunate and found that by the time they had arrived that they had been resigned to poor vantage points through the door at the back of the venue. I however had a great vantage point from a small raised area which gave both a great view of the stage and also good sound quality Sutherland arrived to a euphoric reception and that was even before he had played a single note. I like many present  in the venue were also slightly shocked at seeing the world famous actor almost in touching distance in a small local venue.

Rather than merely playing versions of the songs from his debut album, he also recounted some personal  insights into the creation of the songs. The story behind them so to speak. Where many artists merely play with a customary “Thank you” between tracks, Sutherland genuinely appeared to be enjoying  talking communicating and actually connecting on a personal level with his audience. However most of his anecdotes concerned alcohol  and his wild partying days… which led to the creation of the songs in his morning after moments. It was clear that many of the audience had already picked up a copy of the album judging from the huge sing-along that greeted the opening chords of each number. Sutherland’s band were also on point and solid through the set of original compositions and a couple of covers which he included. One f these was the classic Johnny  Cash track “Folsom Prison Blues”  He also played a rocked up  version of Tom Petty s “Honey Bee“. Together with his own “Ways To Be Wicked” This rocking and heavier part of the set was one that I could more easily relate to and particularly enjoyed. His guitar players really impressed me when they actually turned up their amps and  became unleashed. Country music still leaves me indifferent but it was difficult not be caught up in Sutherland’s genuine enthusiasm and easy going manner-He seemed as at home delivering lines to a live audience as to a director and camera.

The night ended with a four song encore set culminating in that old standard ”Knocking on Heavens Door” He exited the stage to an ecstatic response. The night was a curiosity as I didn’t know what to expect from the evening. I am still not a fan of country and western music but in conclusion Sutherland delivered a rootsy and quality performance.

I'm a 40 + music fan. Fond mostly of Rock and Metal my staple-musical food delights. Originally from Northern Ireland I am now based in the UK-Manchester. I have a hectic musical existence with regular shows and interviews. Been writing freelance for five years now with several international websites. Passionate about what I do I have been fortunate already to interview many of my all time musical heroes. My music passion was first created by seeing Status Quo at the tender age of 15. While I still am passionate about my Rock and Metal I have found that with age my taste has diversified so that now I am actually dipping into different musical genres and styles for the first time.
RELATED ARTICLES
kiefer sutherlandlive reviewmanchester
3.0

by SPILL NEWS on May 4, 2016
KIEFER SUTHERLAND ADDED TO THE TD TORONTO JAZZ FESTIVAL LINEUP The 24 Actor Brings Debut Album to the Festival Stage Iconic movie and TV star, Kiefer Sutherland has [...]