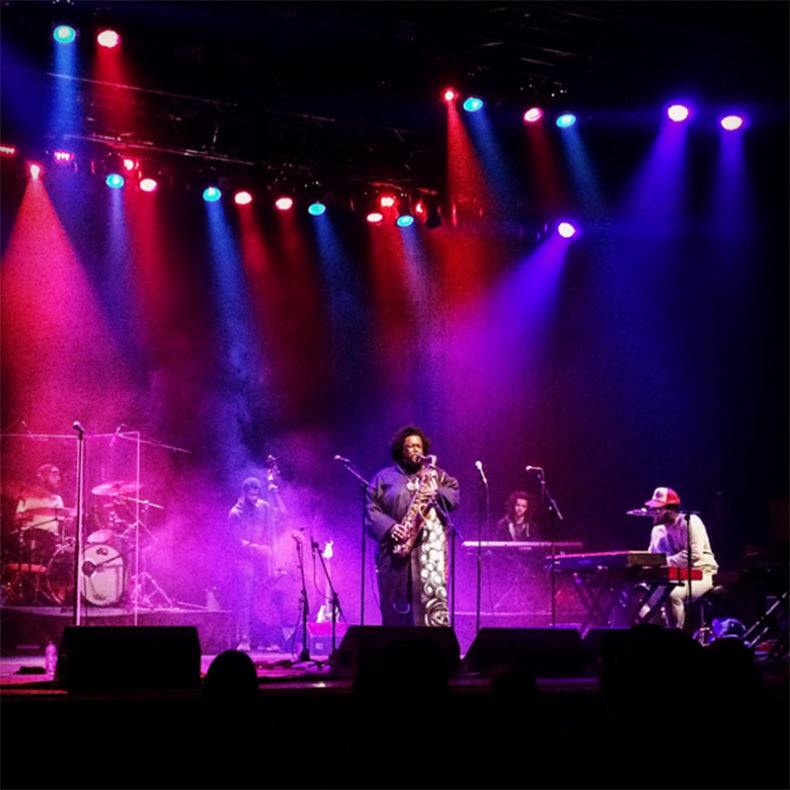 If you feel like you need a boost of life, Kamasi Washington’s emotional jazz and bebop infused melodies are certainly the remedy. Proving his talents with the release of his album Epic in 2015, Washington continued to blow audiences away in 2017 with his EP “Harmony of Difference”. In fact, it was so epic, that it became a standalone multimedia installation during the 2017 Biennial at the Whitney Museum of American Art in New York City. To share the experience, Washington performed two sold-out concerts to the Danforth Music Hall on November 16th. Wholeheartedly, we can attest to this performance of pure genius.

Joined by his West Coast Get Down bandmates, Ryan Porter on trombone and Brandon Coleman on the keyboard, the group was then rounded out with upright and electric bass, stellar drums, a funky keytar, and last but not least, his father, Rickey Washington on soprano sax and flute.” 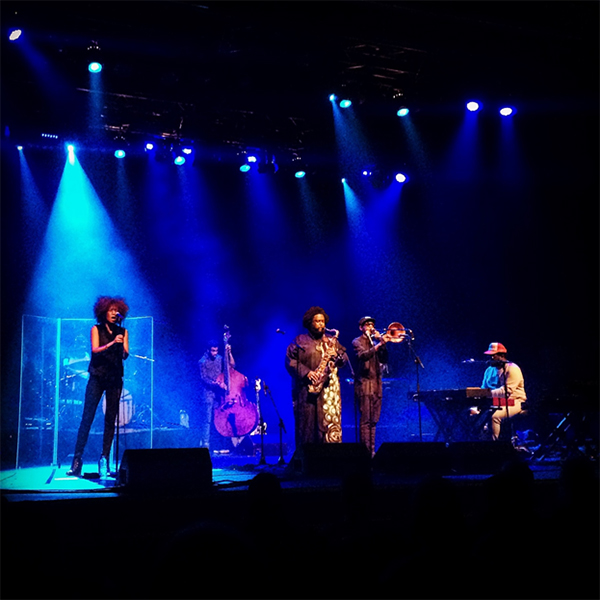 As the night began, everyone quietly and anxiously sat in their seats, awaiting the ever-talented tenor sax player and his band. Each musician stepped up to the plate and shone brighter than the stage lights. In fact, an original Ryan Porter tune was played called “Little Boy Blue,” from his album “Spangle-Lang Lane;” accompanied with Kamasi’s heartwarming story about how the two met at age 12 during jazz school. Washington overheard Porter playing some smooth and soulful melodies from another room, thinking Porter was an older jazz protégé – little did he know, 12-year-old Porter was emoting the sadness from his morning of a peanut butter-less PB&J sandwich.

Harmony of Difference was largely showcased as the forefront of the performance. The integration of each band member’s solos and improvisations gave each song a unique take and interpretation. Washington truly gave the night a different meaning of jazz – and how audiences understand and interact with it. His own rendition of the Charlie Brown theme song, Inglewood-style and a cover of “Cherokee” gave a different definition of what jazz can sound like in 2017.

The night went by really quickly – an hour and a half of being in another dimension wasn’t enough. As overheard by an audience member, “Being at this concert felt like being in a time capsule.” By the end of the night, everyone was in such a daze, that there was really no need for an encore.

Originally from Toronto, Giselle is exploring the worlds of entertainment and social change through a musician's lens. With a background in Environmental Studies and Music Business, she works to establish her own voice in the music scene.
RELATED ARTICLES
kamasi washingtonlive reviewthe danforth music hall
8.0