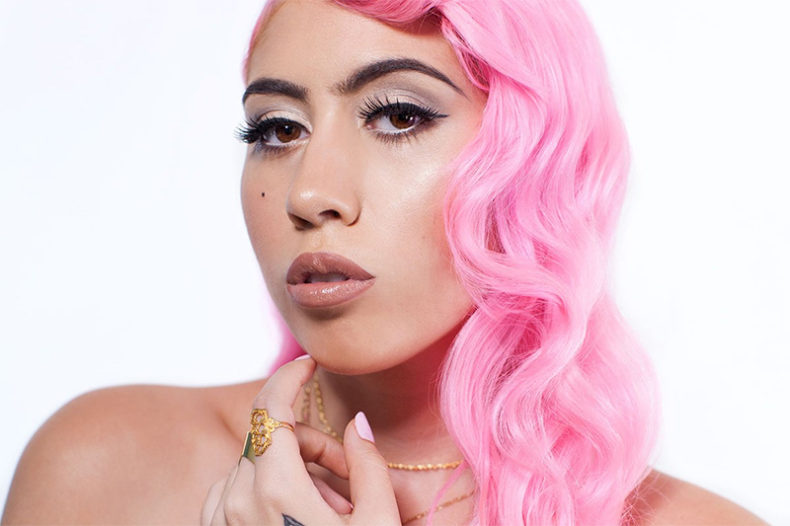 Kali Uchis is a Colombian-American singer on the rise in the R&B / Pop scene. With only two mixtapes and a handful of singles released she has already collaborated with big musicians such as Tyler the Creator, Kaytranada and BadBadNotGood. Kali visited Toronto performing at the Danforth Music Hall on tour for her newest EP, Por Vida. She toured with the band Phony Ppl, a group from Brooklyn with a very funky, easy going style that complimented Kali very well.

Kali opened with the lead track off her mixtape, “Sycamore Tree”. The stage was decorated with an assortment of greenery and flowers, Kali’s aesthetic was clearly intended. Descending from the set of stairs at center stage, Kali made a very angelic entrance as to be expected from the young pop star. The band Phony Ppl helped Kali perform her set, making this live show much more interesting than just having one singer on stage. Kali’s stage presence was relaxed but confident, taking the crowd on a blissful journey of flowery emotion. All the tracks were very heartfelt and emotionally driven and  were personified by Kali and her stage set-up. A highlight of the show was Kali performing the song she featured on Tyler the Creator’s album called “See You Again”, which was unexpected but definitely appreciated by the crowd. After the set the crowd insisted an encore to which Kali responded with her latest single “Nuestro Planeta”. A great closer to the show demonstrating her Colombian heritage as some of the lyrics are in Spanish.

Kali Uchis is definitely an artist to look out for. Already she has been able to collaborate with so many successful artists and she doesn’t even have a full album out yet. This obviously means there is a lot more to look forward to from her, on top of the amazing material already out.

The Spill Magazine is a Toronto-based online publication dedicated to covering the independent music scene with a strong focus on our thriving hometown talent. Our writers bring you up-to-date news, in-depth features on musicians and reviews for the latest CD releases. We also travel to the front lines for all local festivals including Canadian Music Week and North by Northeast. Don’t forget to check out our Facebook and Twitter pages for all daily Spill updates.
RELATED ARTICLES
live reviewthe danforth music halltoronto