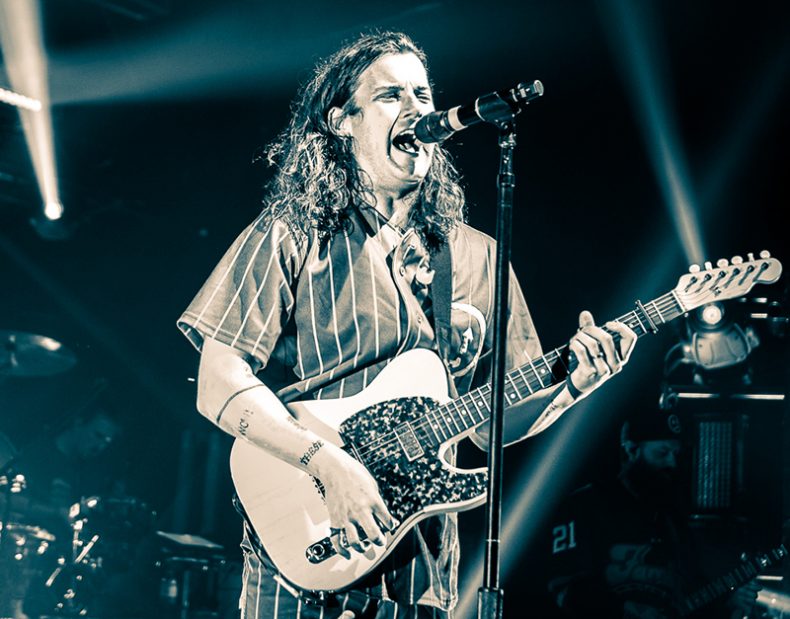 American alternative band Judah & The Lion made a stop in Toronto to perform to an energetic crowd in support of their latest album, Pep Talks, where the band shows their diversity in combining different genres such as rock, folk, bluegrass, and hip hop.

The show starts with the album’s opening title track, “Pep Talks.” Halfway through, Judah Akers, Brian MacDonald, and Nate Zuercher take the stage and the crowd cheers excitedly. Judah pumps up the crowd before they transition to the album’s next song, “Quarter-Life Crisis.” while the audience sings along, jumping up and down with delight.

Judah shares an intimate moment with the crowd, as he splits them into two groups to follow his call and answer leads on “Reputation.” After performing a cover of Blink 182’s “All The Small Things,” Judah convinces the crowd again to dance weirdly while the band plays “Goofballerz”.  The crowd sway their bodies to the chorus, some of them using cheeky hand gestures.

Highlights of the show included Judah’s raging acoustic guitar solos reminiscent of Mumford and Sons, their bluegrass-like breakdowns, as well as their cover of Queen’s “Bohemian Rhapsody”.

The bandreturned for their encore featuring “Let Go” and “Alright (frick it),” both upbeat performances with the crowd singing along in unison.  This was followed by their recent single, “Why Did You Run?” where they changed into ‘90s gym clothes for a lively dance performance. Their final song is their most widely known, “Take It All Back.” The band bows to the crowd before Judah plays the drums to “We Are The Champions.”

Judah & The Lion is a high energy band that gives 100% to their live shows. They are certainly a band that is worth seeing again and again.

Andrew is an aspiring photographer hailing from Toronto, who is currently in his final year at OCAD University. Ever since he took pictures with his old iPhone at an Imagine Dragons concert in 2018, it began his goals and dreams to pursue a career to photograph live music, and to work in the music industry. He loves concert photography because it combines his passion for photographing memories and listening to music. His favourite genres of music are pop, electronic, and alternative rock.
RELATED ARTICLES
live reviewthe danforth music halltoronto