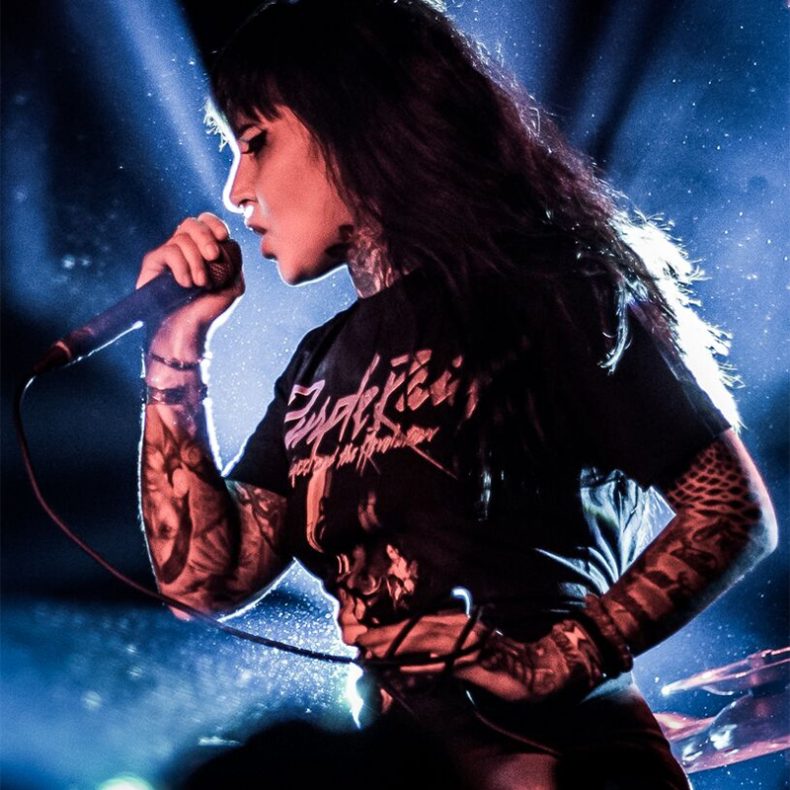 SUMO CYCO opens the sold-out show tonight with a bang. The four-piece Canadian gang took the stage and ravaged the crowd. During their short seven-song set, front woman, Skye Sweetnam mentioned that this was the first venue in seven weeks that didn’t have a barricade. One song later, she proceeded to make her way through the crowd and perched herself atop the bar. After a shot of whiskey, a kindly gentleman carried her back to the stage. After a condensed cover of System of a Down’s “B.Y.O.B”, Skye announced it was drummer Trozzi’s birthday. During their last song, she joined the crowd on the floor and led a get down, jump up, no holds barred, pit session. After only 30 minutes, SUMO CYCO had the crowd eating out of the palm of its hand and primed for following acts. 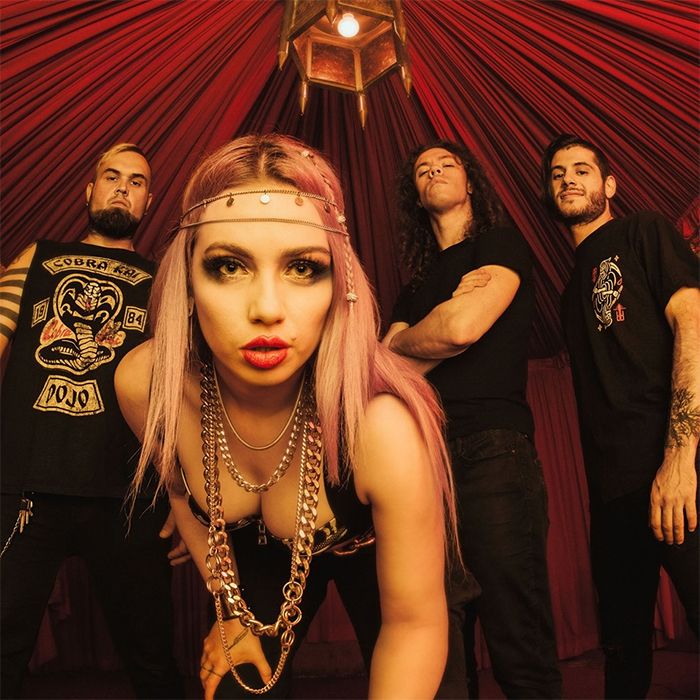 The Browning, a four-piece from Kansas City, Missouri, took the stage and the crowd by storm. From the get-go, the crowd was thrashing, head-banging, jumping, or grooving along with the extremely heavy sound and the EDM-inspired backing tracks. The floor of the Turf Club flexed under the weight of the audience, intensifying the emotion that frontman Jonny McBee brought to the stage. Grateful to see a sold-out venue full of metal heads, the band played with a ferocity that fueled the crowd into a frenzy, completing a perpetual energy cycle that was unstoppable. Song after song, circle pits were abundant with moshers. A couple even found room to do some death metal swing dancing. The receptive crowd followed every command Jonny belted out, including the wall of death. The boys of The Browning entertained and enjoyed their time on stage as much as the fans did. 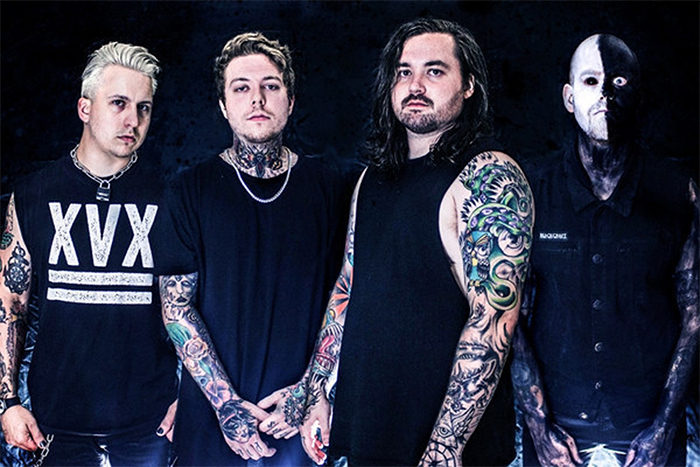 Hailing from the Ukraine, Jinjer headlines the sold-out show of 350 diehard metal heads in support of their recent release Macro. Amongst a sea of devil horns in the air, little was said as Jinjer jumped into their set and took no prisoners. Against a colorful, heavily back-lit stage and fully hazed room, Jinger railed through the start of their set. Fans left little room in front of the stage, except the ever-present pit. The progressive death metal sound kept the audience enticed and energized. The rhythm section of this four-piece shook all surfaces of the Turf Club. Frontwoman Tatiana’s melodic voice and guttural roars contrasted against the gut rumbling low-end and harmonized elegantly against the raw, hardcore, high-end instrumentation. The little that was spoken to the audience was in English with a heavy Ukrainian accent, but made no difference to the fans. The prolonged cheers and applause between songs seemed to delight the group. Between the strobing lights, thunderous bass, and hypnotic presence, Jinjer plowed through their set with a passion and intensity that rivals most large-scale arena hard rock shows. This trio of bands performed with a calibre that many in attendance will not soon forget.

Scott was raised in southern Minnesota, attended the University of Wisconsin – Stout, spent some time abroad and currently resides in Minneapolis, Minnesota with his wife and their two daughters, only son and two dogs. Long time music lover and concert-goer, Scott has attended countless concerts and festivals since 1996. His fondest concert memories include meeting the love of his life at his first music festival. Sneaking into Linkin Park’s first Minnesota show. Hosting the second stage on the Projekt Revolution stop in Somerset in 2004 and pretty much every show he’s attended with his concert cohort, Scott. Yes, there’s two of them! As of late, Scott has started making memories and sharing his love of attending concerts with his children. Shinedown was his oldest daughters’ first show thanks to his cohort, The Interrupters was his youngest daughters’ first show. His son’s first show is still to be determined.
RELATED ARTICLES
live reviewsaint paulsumo cyco