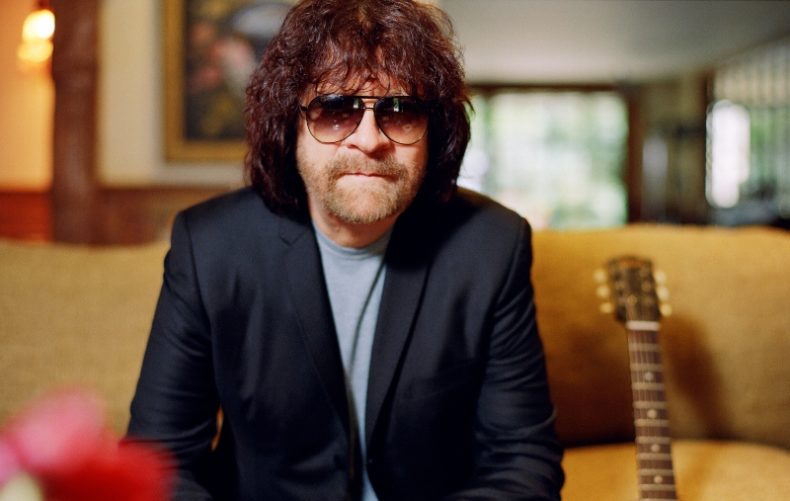 Jeff Lynne has not performed on Canadian soil since 1978’s Out Of The Blue Tour. He came close in 1981 with the Time Tour (Electric Light Orchestra played Buffalo), so it has been a long wait for Canadian fans. This is not often the case, but the forty year wait wait was well worth it.

One could feel the anticipation in the arena waiting for Lynne and his ELO to hit the stage. In fact, fans were so eager that their energy was put to use while listening to the pre-concert music. All the music playing prior to the main event featured artists and songs produced by Lynne. You could hear a large portion of the audience singing along with “Free Falling” (Tom Petty), “You Got It” (Roy Orbison) and “When We Was Fab” (George Harrison), then the lights went out and Lynne and his large and talented band hit the stage. The music served as a reminder as to the brilliance of this man, his talent and his history. But, although we enjoyed the recorded music, we did not need any reminders. Everyone knew why they were there.

The band took to the stage to thunderous applause. Opening the show with “Standing In The Rain” (from Out Of The Blue) was a stroke of genius. It was a gentle easing way into a concert that was full of hits, emotion, and pure genius. For many, this opportunity to see the man who wrote, arranged, and produced these classic songs seemed almost too good to be true. Let’s be honest, I never thought I would see Lynne perform live. 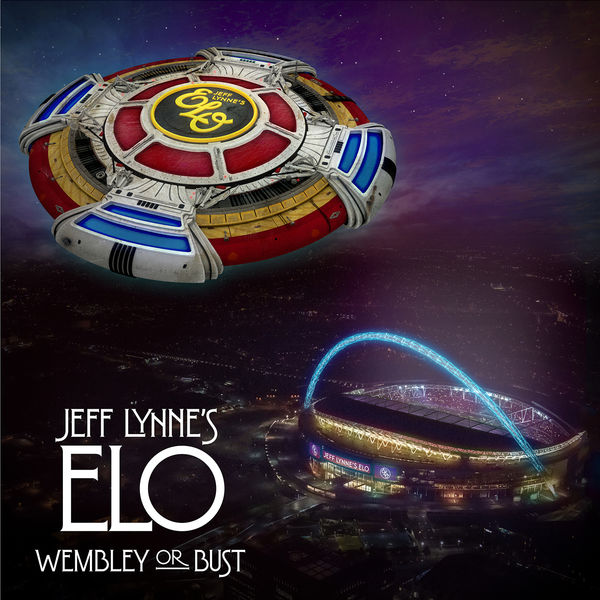 In 2014 Lynne was convinced to perform a concert at London’s Hyde Park. Lynne has said he was worried that the show would not be successful, and yet it was (there is an excellent CD/DVD set of that show (Jeff Lynne’s ELO Live In Hyde Park). This would encourage Lynne to perform more dates in 2016 in support of the brilliant album Alone In The Universe.

And this brought him to Toronto. Lynne was in top form. His performance, his vocals (his voice has simply not aged) and his stage presence were beyond comparison. He genuinely looked like he was enjoying himself and at the same time very appreciative of the sell-out crowd at the Scotiabank Arena.

The song selection was what fans hoped for and expected and no one was disappointed. “Evil Woman”, an energetic “Do Ya”, “Don’t Bring Me Down”, and emotional “Wild West Hero”, a brilliant version of “Telephone Line” and so many more. He performed “When I Was A Boy” from the most recent studio album Alone In The Universe and even a performance of a song “from [his] other band, The Traveling Wilburys. The reaction to “Handle With Care” was nothing short of explosive and the performance was astounding, complete with videos of his bandmates on the screens behind.

There were some surprises, “10538 Orchestra” (their first single, a hit only in the U.K) and “Xanadu”, a song written by Lynne but originally released by Olivia Newton John. Both of these were welcome additions and they both came off perfectly.

The night ended with “Mr Blue Sky”, which, for me, was one of many highlights. The complicated vocal arrangements came off perfectly and it was one of those moments in life when one has to pause to make sure it is really happening. And then, all too soon, the concert was over. Of course there was an encore (a rousing, energetic and rocking “Roll Over Beethoven”), and then that was it. Over. Emotion spent, exhaustion and a night full of memories. 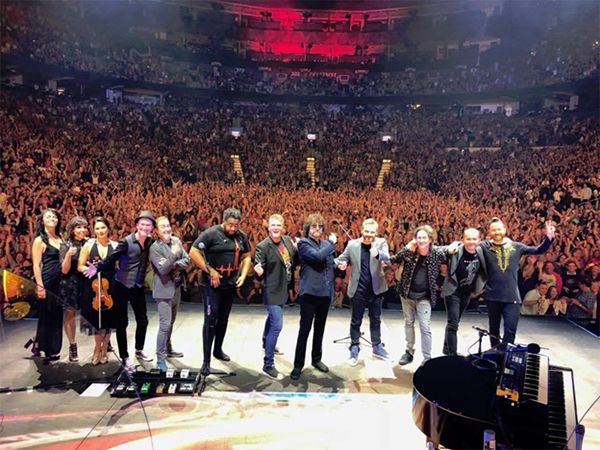 A word about Lynne’s ELO. His band was remarkable, especially Iain Hornal, who provided excellent vocals and a surprisingly faithful performance of Roy Orbison during “Handle With Care”. But the band as a whole was tight and provided the perfect backing for Lynne. And Lynne shared the spotlight with each member.

But this was Lynne’s night. Fans were there to hear him perform these classic songs and he did not disappoint. Stirring videos accompanied the songs on the screens behind the band, and the light show was nothing short of spectacular. While both of these added to the overall show, it was Lynne the fans were there to see. Of course, being ELO, one expects a spectacular performance, and that it was. A spectacular evening.

Dawes had the unenviable task of opening the show, and they did their job admirably. The played a solid 45-minute set, full of some of their familiar hits and some new songs from their most recent album, Passwords. They played extremely well, were personable and put on a very good show. And while they were well received, the audience was waiting for Jeff Lynne’s ELO and a little impatient for the main show to begin.

The show was perfect. The sound was exceptional, given this was The Scotiabank Arena, and it was an honour to see Lynne live with this incarnation of Electric Light Orchestra. The most recent studio album and this tour prove that Lynne is still at the top of his game. I think it goes without saying that I pray that I (and his fans) do not have to wait another four decades to see this talented, brilliant artist.

Born and raised in Whitby, Aaron discovered music through his love of The Beatles. This led to a career in radio, writing for various publications, and ultimately a radio show about The Beatles (Beatles Universe), which ran for over four years. When not immersed in music, Aaron enjoys spending time with the loves of his life -- his wife Andrea, and daughters Emily and Linda (all of whom have an intense love of music too).
RELATED ARTICLES
electric light orchestraeloevil woman
8.0