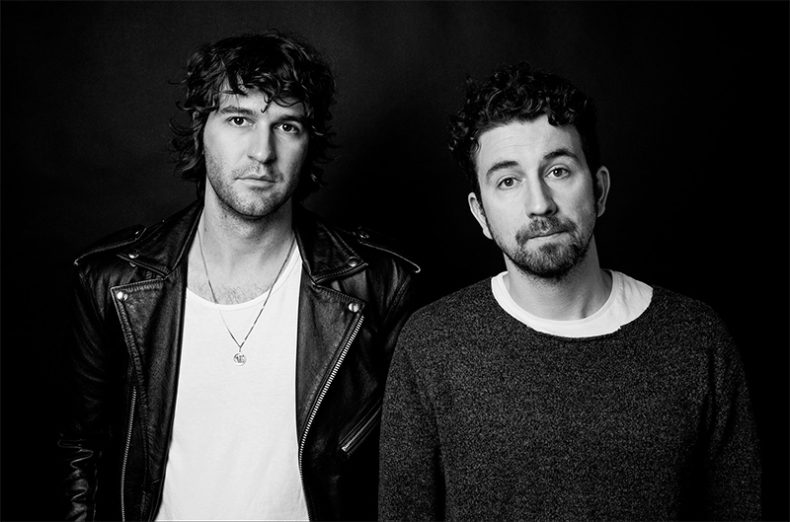 What happens when one of Canada’s best live bands plays in one of the nation’s most iconic venues?

But before diving into the main act, a much deserved mention must be made to opening act Cloud Nothings. It’s not easy to be an opening act, let alone opening for one of the nation’s hottest acts in what is arguably the nation’s greatest venue, but Cloud Nothings were able to pull off the tough gig beautifully. Dylan Baldi and co have been around for a little while now, but in recent years have really been making a name for themselves with a string of strong releases like Life Without Sound. It was easy to spot the die-hard Cloud Nothings fans in the crowd, hollering and shouting for every new song. It was great to see Japandroids give such a well respected act a well deserved moment on Canada’s brightest stage.

Vancouver based rockers Japandroids brought their unique blend of earnest, heart on your sleeve punk to the iconic stage of Massey Hall. At first this might seem like an odd pairing. After all Japandroids put on some of the highest-octane shows around. This is a band built for moshing, stage diving and screaming back at the stage as loud as you can. Massey Hall meanwhile is, well, the opposite of that. It’s where artists like Neil Young and Bruce Springsteen go to strip back and play to a more intimate crowd. Usually if you want chest-thumping punk you would go to The Danforth Music Hall or The Horseshoe Tavern.

Luckily no one told Japandroids that.

The soon to be iconic duo left everything they had on the stage. It was easy to see playing at such a venue was a big deal for them, and they weren’t going to let the opportunity slip away. Digging deep into the catalogue of all three albums Japandroids put on a show that would excite fans of the latest album, but also rewarded long time listeners. The crowd was for the most part well behaved. Assigned seating tends to limit the amount of jumping around in the crowd. Some minor half hearted moshing throughout the night, but overall nothing major. That is until the final song of the night; “The House that Heaven Built.” Encouraged by the band, the crowd exploded. The first few rows erupted into a mosh pit with stage divers constantly leaping into the crowd. A great way to end a beautiful performance.

The most touching moment of the evening when Japandroids singer Brian King paid tribute to the late Gord Downie by playing the Tragically Hip’s “Nautical Disaster”.  In a way it represented a passing of the torch, from the old to the new, on the most iconic stage in Canadian history.

And if last night was any indication the future of Canadian music is brighter than ever.

Photographer by choice, writer by necessity. Since moving to Toronto in 2011 Morgan has become an active member of Toronto’s music scene. On any given night he can be found at various venues with his camera in hand. There’s nothing he loves more than exploring all the venues this wonderful city has to offer, discovering new bands and genres along the way.
RELATED ARTICLES
carpark recordscloud nothingsjapandroids