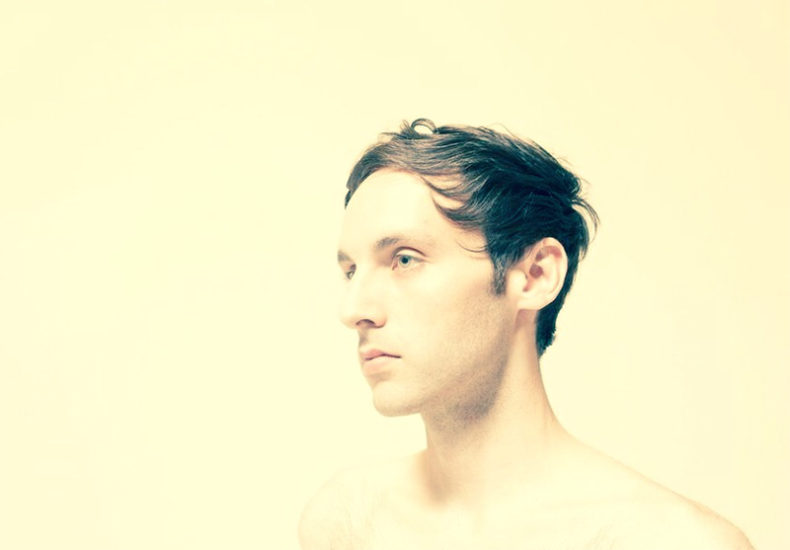 A few Los Angeles locals got a their taste of what it’s like to headline a ridiculously legendary venue in your hometown. As any good local knows, Troubadour is the home to debut shows of everyone from Elton John to John Mitchell. On Saturday night, to a nearly sold out show, James Supercave, SWIMM and Lukas Frank each took the stage and lit it up with their own version of indie-psych pop. 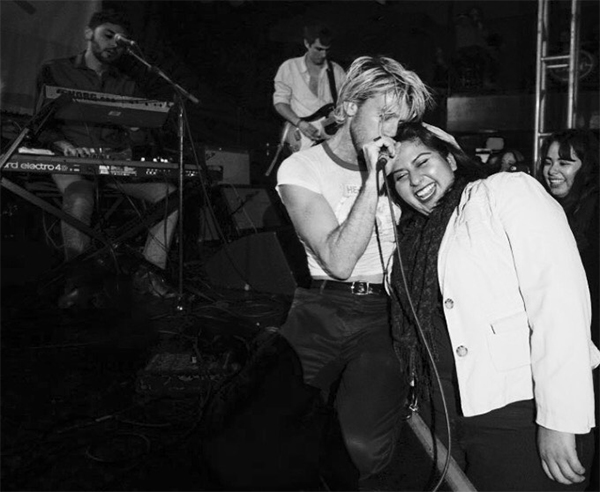 The first of three, Lukas Frank came out with his pretty and psychedelic rock. Frank, a versatile LA musician who has been playing all over the city with various groups, recently set off on his own. His “solo” project was backed by a whopping six-piece band. His song “Lying To Actors” set a heavy and serene mood to get things started. The ethereal songs were supported by some intriguing background visuals and helped draw in the quickly growing crowd. Frank was vibrant yet mellow and definitely brought some excitement for the headliners up next. 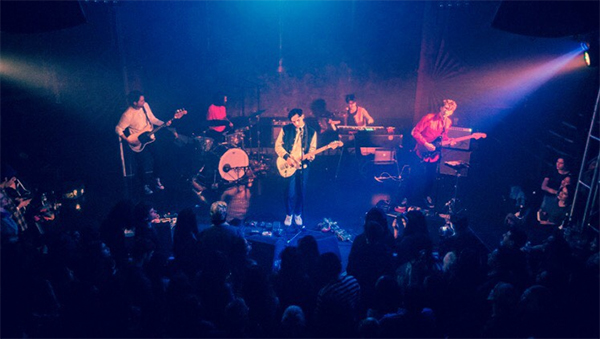 Although seemingly billed as a co-headlining night, SWIMM took the middle set. The duo, comprised of Chris Hess and Adam Winn, played with three other band members. SWIMM has been playing a handful of shows recently and have worked up a great local following since inking to the dreamy label, Roll Call Records (Geographer, Wintersleep, El Ten Eleven). Their live shows have been strengthened whilst supporting bands like Dr. Dog and Rooney on the road. Hess started off with an extravagant and comical lounge tune before zipping through their recent Beverley Hells EP. Climaxing with the newest single, “Man’s Man,” an energetic upbeat indie rock tune, which again backs into a sort of lounge-esque talking and singing mash up. 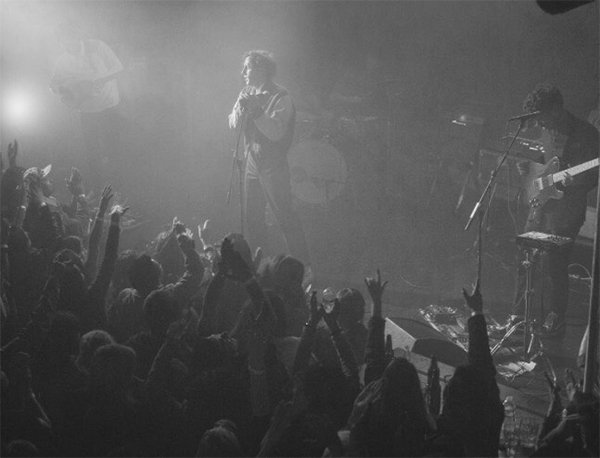 Last but not least, James Supercave took the stage. The crowd seemed to be mostly Supercave fans and they definitely expressed their excitement. Still feeling fresh from their early 2016 LP release, the band spanned through Better Strange. “Body Monsters” and “The Right Thing” were two major highlights that got the dance party going. The band was full of energy, playing as if they were lit under the night sky at The Forum. Arguably, the pinnacle of Supercave’s set was the ever catchy “Burn.” The straight laced drums and cinematic pop vocals captivated The Troubadour’s attention. Supercave got the crowd going and keep them up and running with showmanship and confidence.

After majoring in business & entrepreneurship at UCSB and traveling the world, Andrew moved to Los Angeles to pursue music and not give up his love for surfing, hiking and yoga. He is also in a couple really cool, up and coming, indie-rock bands in LA - Mothlight & Lone Kodiak.
RELATED ARTICLES
live review