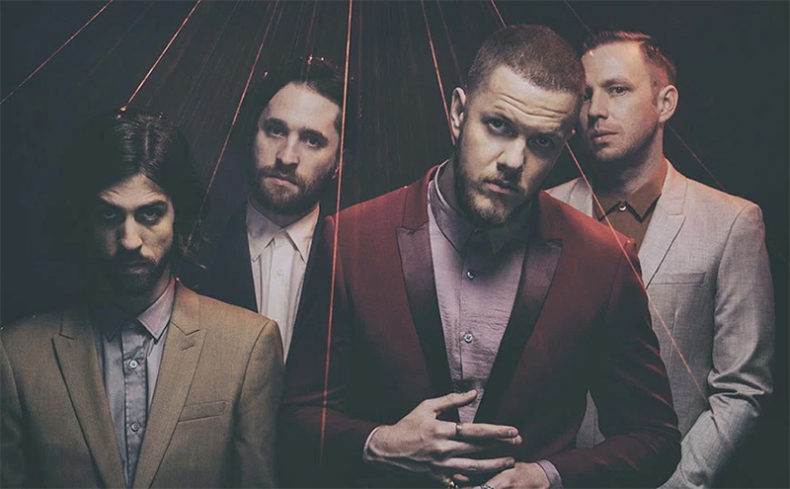 The Imagine Dragons opened their own Arcade in Toronto on June 17 and 18.

While their hits played, you could play Frogger, Ms. Pacman, Pacman, The Simpsons and other games from the past.  For a short time you were taken a few years. And, you could buy exclusive Canadian Imagine Dragons merchandise (shirts, hats, posters).

To top it off, the band themselves turned up at 5.00 pm on June 17 and a few lucky fans got to meet them band and get some autographs.

This all part of the band promoting their new album, Evolve, set to be released June 23, 2017 on Universal Music.  This is their third studio album, and their first since 2015’s Smoke +  Mirrors.

Toronto must have a special place in their hearts.  Not only did Toronto benefit from the pop up arcade, but fans know that their live album/DVD, Smoke + Mirrors – Live was recorded and filmed at their 2015 performance at the Air Canada Centre in Toronto.

Born and raised in Whitby, Aaron discovered music through his love of The Beatles. This led to a career in radio, writing for various publications, and ultimately a radio show about The Beatles (Beatles Universe), which ran for over four years. When not immersed in music, Aaron enjoys spending time with the loves of his life -- his wife Andrea, and daughters Emily and Linda (all of whom have an intense love of music too).
RELATED ARTICLES
air canada centreimagine dragonslive review