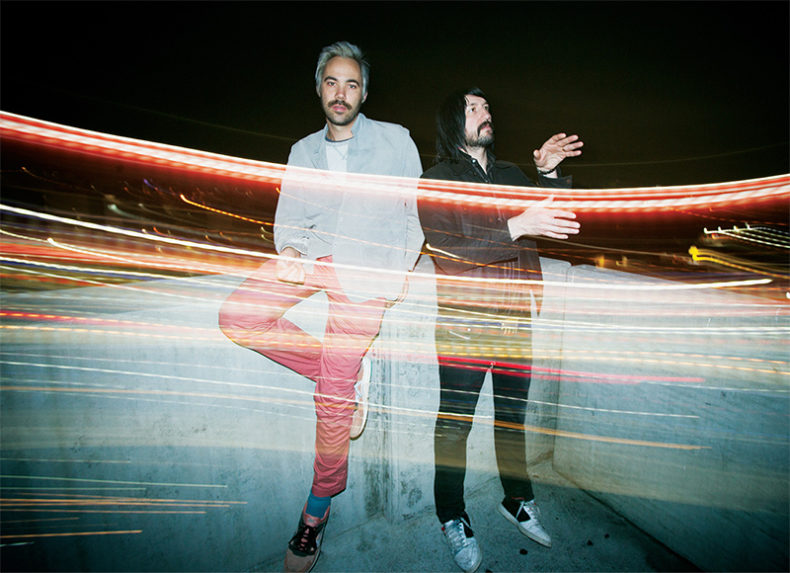 The Torontonian stop of the Canada wide Aurora Illumination Series was simply memorable. The Phoenix Concert Theatre was the venue for this great free show, courtesy of Aurora. The venue got quite full quite early, which, as I will say over and over again, was a great thing, since the opening bands were outstanding. And just for that, hats off to Aurora for being able to curate a series of twenty concerts with such phenomenal local talent. I saw Casper Skulls, Teenanger, and the already legendary Death From Above.

Casper Skulls were undoubtedly a lovely way to start the night. This post-punk band, which in many ways reminded me of Sonic Youth since some of their songs were a bit noisier and more experimental – had us all dancing. Their 2017 EP Mercy Works is a must for anyone into this genre. A well-made album filled with many great songs, some of which were played during their set at the Phoenix. I am definitely going to attend more of their shows; it feels like a blessing when music this great is currently being made in your own city.

Aurora provided everyone with wristbands that, once activated, emitted a light that would dance along with the music, and in that sea of glowing wristbands, the night went on, with gin tonics, and the most incredible jackfruit tacos known to man. It was a pleasure being there even if there wouldn’t have been any live music, the music, of course, enhanced the experience 100%.

Teenanger took the stage. The singer with a Dead Kennedys t-shirt and the bass player with Motörhead socks won me over instantly. But since I try not to judge a book by its cover or a band by their fashion choices, I waited, and once the music began, it was instant fascination. The kind of band that makes me want to leave home, and join them, or at least follow them everywhere. How can you not love a band that has a song entitled Emoji Kush? Their sound made me think of a slightly feistier A Certain Ratio, and at times they were somewhat playful in a Stereo Total kind of way.

Death From Above followed. Sebastien Grainger and Jesse F. Keeler are the greatest duo I know. It was an immense pleasure seeing them play, hearing them play, and to be so very close, witnessing how they make the intense, vibrant, somewhat primitive music they do. I say primitive because there is something somewhat tribal about them, they awaken such raw instincts, every single person was dancing, jumping, no inhibitions, and yes, the heat was terrible, yes, I felt the place was a bit too crowded, like many other members of the audience said, but in the exact moment in which they gave us the gift of live music, none of that truly mattered.

Canadian based Venezuelan Journalist. Passionate about silent films, cats, dancing and live music of genres as varied as EBM, ska, post punk, punk, jazz and swing, among many others.
RELATED ARTICLES
casper skullsdeath from abovedeath from above 1979

by SPILL NEW MUSIC on May 2, 2018
CASPER SKULLS PREMIERE “COLOUR OF THE OUTSIDE” VIDEO Buzz Records It’s been an exciting 6 months for Casper Skulls in the [...]
9.0

by Marko Woloshyn on October 28, 2016
Casper Skulls Lips & Skull Buzz Records Although trends in popular music would suggest guitar Rock has been through a bit of a latent period in the past few years, labels like [...]