The opening band performed their hits, “Run With Me” and “Old Soul”, which had the entire crowd contentedly singing along. Backed by a fiddle player, bassist, and their sister on harmonies, Dublin’s poppy answer to Simon and Garfunkel expressed to the crowd that touring North America with Hozier was their “dream come true”.

A standout amongst the set was new track “One in a Million”, an upbeat single reminiscent of Mumm-Ra or Canada’s Said the Whale. In the track “Pray for the Day” the duo sang in soaring, harmonious vocals a desire to one day be “on top of the mountain”. As a band clearly at the start of their promising momentum, we’ll surely have the pleasure of watching them achieve this figurative goal.

Hozier opened his set with brand new single, “Nina Cried Power,” a monstrous release with lyrical humanist/feminist sentiment. This idea was upheld by the fact that Hozier had a backing band of at least four women, though was slightly let down by its being a distinctly white ensemble. 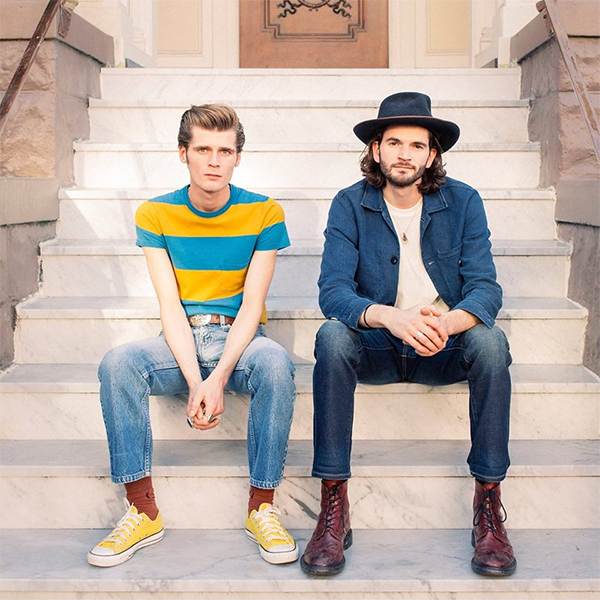 A few years ago, I had the pleasure of seeing Hozier play a similarly sized venue in Sydney, Australia. I was impressed then, but even more so now. Hozier commands the stage with both modesty and authority, his carrying voice effortlessly penetrating the entire venue. Being backed by a talented band, including violin and dual keys, only added to this effect, with specific mention to the dynamic female fiddle player, best showcased during “From Eden”.

Hozier played all of his hits, including “Angel Of Small Death and the Codeine Scene,” “Someone New,” “Jackie and Wilson,” and a solo rendition of “Cherry Wine”. He also performed new songs, “NFWMB,” and “Moment’s Silence,” and teased us with the as-yet-unreleased, “Movement” a vaguely Arabesque song which displayed his impressive vocal range at its finest. He finished his pre-encore set with massive hit “Take Me to Church,” which was admittedly a religious experience in and of itself.

For the night’s encore, Hozier performed “Real People Do,” after which he endearingly introduced his entire band and crew, including even the light/sound/guitar techs, and closed the night with “Work Song”.

Throughout the extensive set, Hozier repeated the fact that Toronto is a city “very dear to his heart”. I should hope this means we’ll be seeing him again shortly, because it was easily the best show I’ve seen all year.

Alex was born in Hamilton, Ontario, but has until now spent most of her adult life moonlighting as a music journalist in Sydney, Australia. If her Led Zeppelin, Bon Jovi, and Rolling Stones tattoos aren't a tip-off, she's a lover of all things rock and roll, and, should writing/journalism not pan out, intends to fall back on her laurels and marry Robert Plant.
RELATED ARTICLES
hozierlive reviewmavis staples