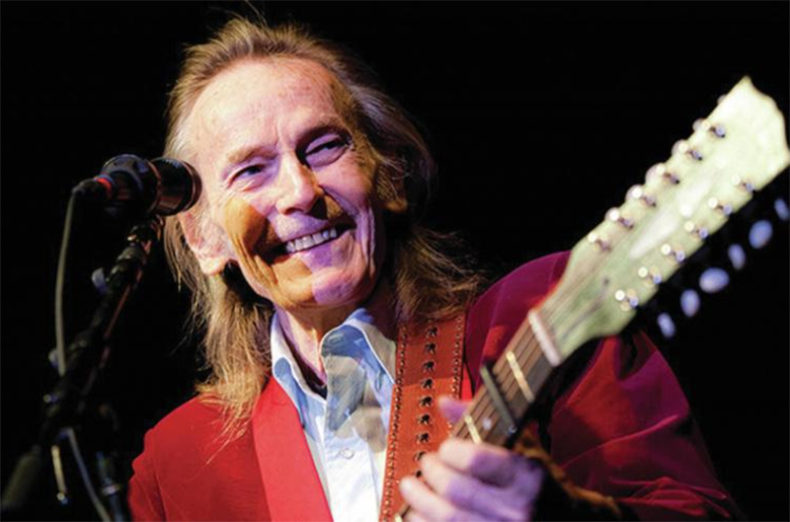 “I’m Gordon Lightfoot and the reports of my death have been greatly exaggerated.”

Seventy-eight-year old Can-Con icon Gordon Lightfoot borrowed Mark Twain’s famous line to introduce himself Thursday night at the Rose Theatre in Brampton. He greeted the crowd in a blue velvet jacket, cropped at the back and draped over his now frail frame. Lightfoot’s tongue-in-cheek allusion to the false rumours of his passing fit the overall tone of the evening. Throughout his sets, the Order of Canada recipient made reference to his long musical residency, (“I was a product of the folk revival…I’ve been around for a while”) and the effects of aging, all with a broad smile and an undercurrent of levity.

Lightfoot no longer sings with the warm baritone that we know from his old records, from the legendary songs that exist in Canada’s musical lexicon. Over the last several years, he has overcome a six-week coma, a tracheotomy, and a mild stroke. This is all to say that nothing seems to slow him down. Despite his change in sound, the singer-songwriter remains a showman, constantly touring with an unwavering devotion to music and performance.

Songs in the first set included old favourites “Did She Mention My Name”, “Beautiful”, and “Carefree Highway”. The crowd was especially excited when Lightfoot performed his classic “The Wreck of the Edmund Fitzgerald”, backed by his faithful band—of which bassist Rick Haynes, keyboardist Mike Heffernan and drummer Barry Keane, have been with him for many decades. Lead guitarist Carter Lancaster is the newest recruit, taking over after the death of Terry Clements.

Lightfoot often dropped a verse or two, easing his performance and allowing the audience to hear more of their beloved tracks. In his second half, Lightfoot (now changed into a red velvet jacket) sang “Sundown”, “Let It Ride”, and “Early Morning Rain” among others. Before performing “Baby Step Back” the Orilla, Ontario native jokingly introduced it as “Meet Me by the Rockpile, Honey, I’ll Get a Little Boulder There”. My personal favourite among the second half was “If You Could Read My Mind”. I’ve recognized the beauty of the song since I was a kid, but there was something different about hearing the heartbreak and vulnerability of the song now, as if deepened by the age and experience of one of Canada’s most revered songwriters.

Elizabeth is a Toronto via Caledon writer whose rural upbringing left a lasting love of anything with a banjo and an upright bass. She scours Toronto venues for both the musical talent and the beers on tap.
RELATED ARTICLES
bramptongordon lightfootlive review

by Stan Rastogi on January 26, 2019
MARTIAN VS THYSELF A CONVERSATION WITH MR.A THE MARTIAN With progress in the digital world and technology, underground and indie-produced artists have perhaps [...]
5.0