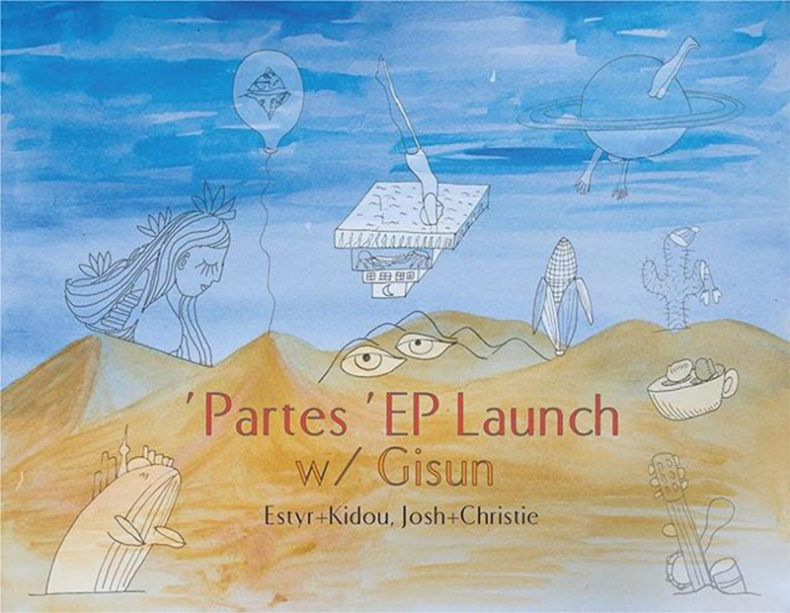 Intimate, homey, and unique are the three words that come to mind to describe tonight at 99 Yorkville Ave. The unconventional venue, located upstairs in an office building, featured a stage setup with the kitchen as a backdrop. Fairy lights lit the room up to a warm glow and fresh baked goods were on offer on the counter. All of this added up to a wonderful experience celebrating the launch of Gisun’s album Partes.

The evening commenced with a poetry reading of passages from “Don’t Say The Rings On Saturn Don’t Spin”. Christie and Josh, the authors of the book, were also the culinary minds behind the provided snacks. One could hear a pin drop during these readings as the audience listened attentively.

Immediately following the first act was Estyr + Kidou, one half of Toronto band Tiger Bomb. Kidou’s ambient harp playing and Estyr’s soothing guitar strumming combined with their soft sweet vocals provided a captivating live performance. Emotions evoked from the sincerity in songs such as “Welcome Home” and “Saving Face” were offset by lighthearted jokes of difficulties of playing the harp in dim light and working in co-op spaces. 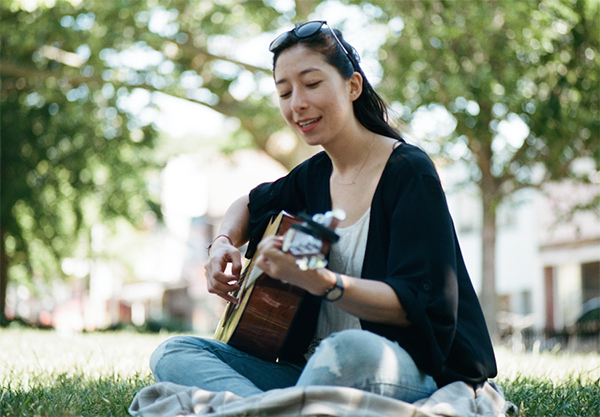 A half hour interlude then allowed for the mingling of the crowd, which seemed to be a tight-knit supportive group. Frequent thanks were offered to the many members whose participation contributed to the success of the evening.

Gisun was welcomed to the stage by Estyr with a “tea-toast” and an introduction filled with kind words. The first two songs were performed as a two-piece, Gisun’s soulful voice paired perfect with soft percussion. Estyr joined on the third song adding a sweet harmonious effect.

The full band then took the stage, with guitar, upright bass, and flute accompaniment. The show continued as a well-meshed collaboration between musicians, showcasing each member’s talent. Anne’s prolific flute solos were certainly a highlight.

Songs were often introduced with brief anecdotes, such as that “Sail On” is based on The Old Man and The Sea, “Marching” was inspired by a meeting under a bridge and “Step Away” was conceived on an airplane to Asia. The set finished with a wonderful rendition of “Wanderer”, an ode to adventures outside.

The event made for a lovely evening, not only with great music but a welcoming atmosphere and sense of community.

Nicole Swanson has recently made the move to Toronto from Fernie, BC, trading mountain life in pursuit of a career in the music industry. She can usually be found at live shows throughout the week, always in search of great new music.
RELATED ARTICLES
live reviewtoronto