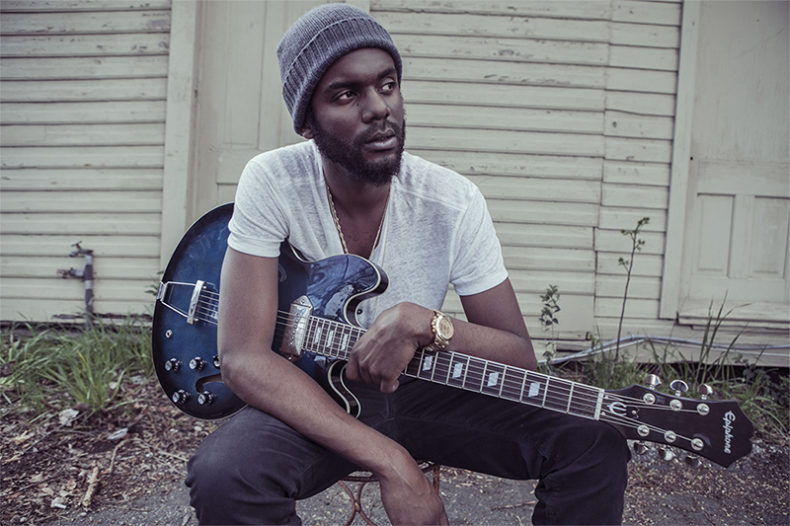 The blues are a funny thing. Despite being around for over a century and playing an essential role in the evolution of Western popular music, the blues are often looked back on as an artifact in memory.  It seems, more and more, that the blues have become less of a young musicians game, and those who do play, often cannot afford to tour; however, on Tuesday, June 13th, Toronto took a trip to the crossroads with Gary Clark Jr.- in support of his recent release, Live North America 2016– and show openers Black Pistol Fire at The Danforth Music Hall.

To start the night off, Black Pistol Fire, a duo from Austin Texas (although lead vocalist Kevin McKeown was born in Scarborough) shyly walked onto the stage.  This was the only quiet and gentle moment of their blistering, balls to the wall performance. While they only had a short set, the band made the most of every second to ensure that the audience knew that they were witnessing blues rock legends to be. Their drummer thrashed away like The Muppets’ Animal, hidden under a thick mane of hair, while their guitarist and vocalist moved as if Angus Young, Chuck Berry, and Elvis Presley were possessed.  One minute he was stomping across the stage, the next he was standing on the bass drum, jumping off to then lay down an impressive solo while on his knees. Everything about Black Pistol Fire’s set was beyond impressive and I would consider them to be the strongest opening band I have ever seen.  Their songs were brilliantly written, their performance force sounded as if they were a full blues band, and they put everything they had out on that stage tonight.  They were intense, raw, and filthy; and for a moment, I dared to think that they might have given Gary Clark Jr. a run for his money. 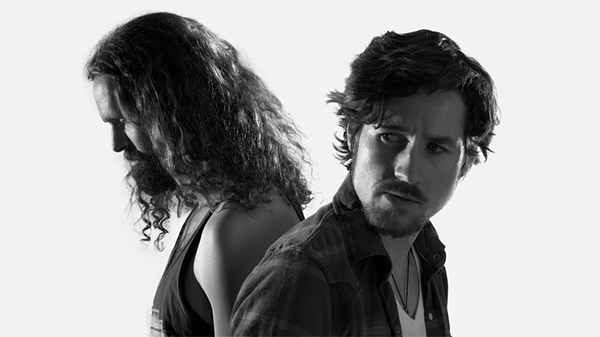 But who was I kidding. Gary Clark Jr. doesn’t need to run. Instead, after a short change over, he slowly and confidently sauntered onto stage, and for the rest of the night, his perpetual slow pace gave him a presence of excessive mystique and radiating coolness.  His set was opened with “Catfish Blues” a Robert Petway original which appeared on Clark’s first live album, Gary Clark Jr. – Live.  Following that song he gently said into the microphone, “Ok, c’mon, we gotta go”.  I wasn’t quite sure where we were headed, but it was pretty apparent that Clark and his band were going to bring us to the brink of the devil’s heart at the crossroads and back again by the end of the night.

As his set progressed, Clark led the band through classic blues numbers like Albert Collins’ “If Trouble Was Money”, rocking blues tracks of the likes of “When My Train Pulls In”, “Travis County” and his quintessential hit, “Bright Lights” as well as tasteful ballads of the likes of “Our Love” and “You Saved Me”.  Like the blues itself, his set reflected the good and bad; pleasure and hardship; church and the demons that haunt all through contrasting tension and release of his song selection.  This was a set that seamlessly fused funk, rock, the blues, and jazz together into a sound that was very distinctive to only Clark himself.  The band performed with a level of chemistry that is often unmatched and was one of the tightest performances I have seen.  Everything had the appearance of being calculated, yet the air of improvisation was too thick for anything more than the set list and a loose agreement on song structure to have been decided on ahead of time.  It was the band’s mastery of their craft that made their improvisation seem effortless and refined to a point that most musicians can only dream of achieving.  To close his set, Clark returned to the stage for a three song encore performance, starting with the semi acoustic “Church”.  After an emotional rendition of the track, Clark invited Black Pistol Fire on the stage to run through the hard hitting and gritty “Numb” and the upbeat “Shake”.

In a nutshell, Gary Clark Jr. and Black Pistol Fire’s Toronto show was one of the best shows I have ever seen. This was a night of pure blues magic, something that often is heard only in tinges of influence from rock bands, but rarely is such a form of concentrated blues performed at such a level that defies all expectations.  I had very high hopes for this show, and even with my impossibly high standards, I left feeling beyond impressed.  Gary Clark Jr. is an absolute must see and will certainly be a figure who will top- or, at the least, rest near the top of anyone’s greatest concert lists.

A passion for music has always been a part of Gerrod’s life. As a young boy, he was raised on a steady diet of the music from The Chili Peppers, Aerosmith, The Stones, Prince, and others from his mum. Raised in the GTA, Gerrod continued to foster his love for music by attending a wide range of concerts and learning the drums. His unapologetic passion for music has no bounds and has spread to a wide variety of styles, whether it be the 90’s rock that sound tracked his teenage years, the jazz he studied in university, or his newfound love for hip-hop. He recently received his bachelors in music and education from York University and is passionate about writing and reviewing good (and less than good) music. Gerrod is also the drummer and songwriter for a Toronto based rock & roll band, One In The Chamber.
RELATED ARTICLES
black pistol firegary clark jr.live review