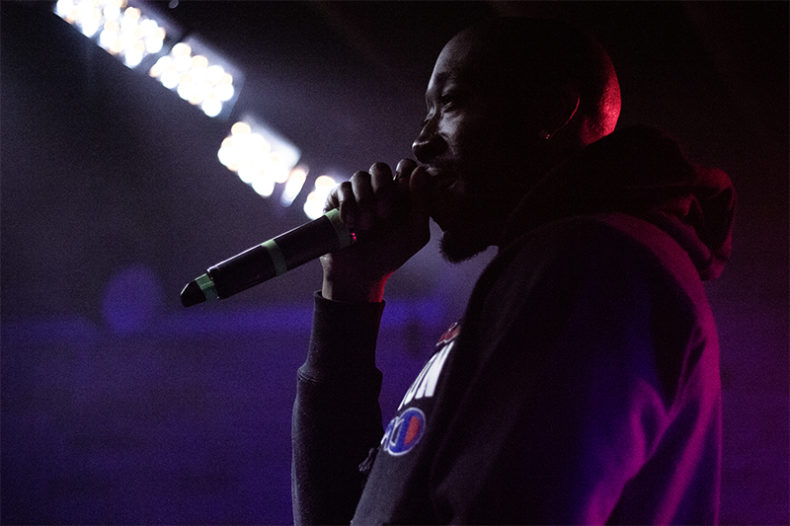 Beginning in the late 2000s Freddie Gibbs released a string of critically acclaimed projects and gained himself a devoted cult following. This includes 2014s Piñata, a collaborative project with producer Madlib, and one of the best hip hop moments of the decade. Freddie, his most recent solo effort came out in June and is an exciting trap-inspired album with most of the production handled by Kenny Beats.

Derin Falana warmed up the crowd and made sure to give his hometown Brampton a shout out. It was clear he had some eager fans at the show from that area.

Right before Gibbs went on, the room went completely black. The rapper’s voice demanded that the audience light up the stage with lighters and phone screens. The venue grew brighter as the crowd chanted the name ‘Freddie’ over and over again. The rapper took a moment to appreciate this before diving into some of his older songs. 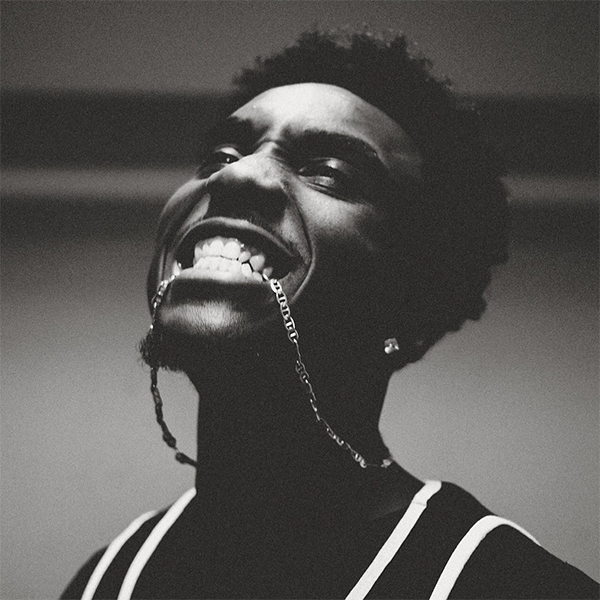 He played classics such as “Fuckin’ Up The Count” and “Thuggin” leaving moments throughout his set where the beat would cut out allowing him to go acapella. “I live on borrowed time, my expiration date I passed it/So lock me up forever but this shit is everlastin.” His fans never missed a beat at reciting all of his lyrics and when the instrumental would stop, their chants would fill up the silence.

The rapper saved his latest and most energetic music for the second half of the show. His onlookers were already head banging before he performed hard hitting songs like “Weight”, “Automatic” and “Toe Tag”. When the song “Death Row” played, Gibbs made sure 03 Greedo’s verse was heard in full and hyped up the audience as the rest of the song unfolded.

Finally, the Indiana artist sprayed water into the muggy crowd in front of him and announced to everyone he would be playing the last song of the night. He cooled them off to the song “Willie Lloyd,” a smooth track with tight wordplay. ‘Black Tony told ‘em Chichi get the ye/ Line of scrimmage, Peyton Manning switch the play/ Pour the water all up in the Jesus piece/ Wash a real n*gga’s sins away’

The rapper’s lyrics leave his fans with a dose of imagery similar to a Brian De Palma film. Freddie Gibbs however is the real deal.

Cory is a film maker and music lover raised in the GTA. Ever since a young age music has been a big part of Cory’s life and he often combined his love for music and film together, creating videos of him and his friends skateboarding to their favourite songs. This trend continues in his life as everything he surrounds himself with is always involved with or inspired by music.
RELATED ARTICLES
freddie gibbslive reviewthe velvet underground
8.0