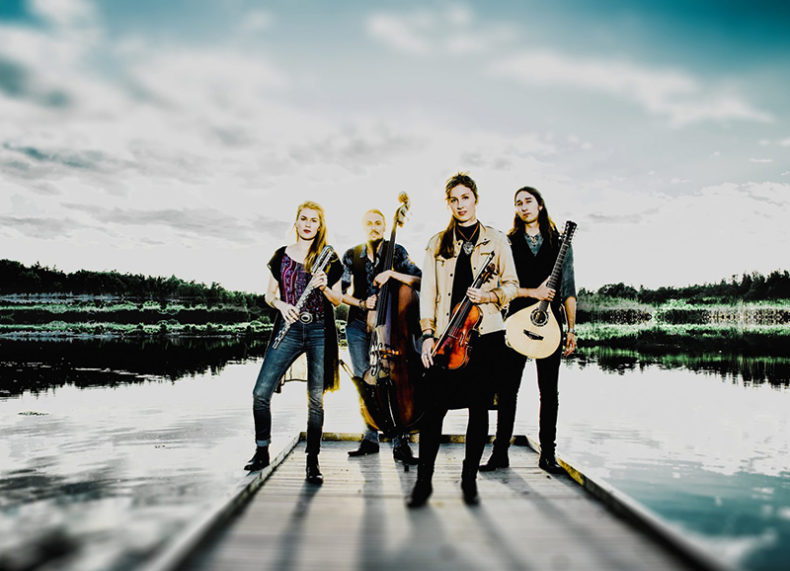 The Swedish/Estonian acoustic band Fränder is making its way across Canada this summer. Hot off an appearance at Mariposa Folk Festival, Fränder took the stage on a warm July evening in Whitby, Ontario, as part of the UpCap Café concert series.

Fränder is a family band, made up of siblings Natasja Dluzewska (vocals, fiddle), Daniel Dluzewski (bass), Gabbi Dluzewski (swedish bosoki), and bandmate Säde Tatar (flutes). Although Nastasja Dluzewska is unable to participate in this tour due to illness, her parts are expertly covered by the talented and engaging Mirva Tarvainen. Playing a modern twist on traditional Swedish and Estonian musical styles, Fränder takes folk music to a new level.

From the opening strains of the song “Älvefärd (Master Olof),” Fränder had their audience captivated. Spot-on lead and harmony vocals, and playful interaction between flute and bosoki helped to drive this tale of Master Olof being seduced by an elven princess.

From there the band went into the hypnotically beautiful “Vabadus (Liberation),” an original song commemorating Estonian independence. With its lush harmonies, lilting rhythm, and Säde Tatar’s stunning flute performance, this song felt like home.

With each successive song in this 90-minute set, Fränder continued to surprise and delight. Whether through Tatar and Tervainen’s interwoven flute and fiddle parts, Gabbi Dluzewski’s deftly-played bosoki rhythms and intricate filigree, or brother Daniel’s fluid and artful bass work, this band played an impressive show. As with a lot of traditional/folk music, the story behind each song is often as interesting as the song itself. The members of Fränder took turns introducing songs, and had fun with their audience. Gabbi Dluzewski educated the audience on the finer points of Swedish traditional music (polska with a short ‘one’!), and poked good-natured fun at the other band members, over the supposed musical rivalry between Sweden, Estonia, and Finland. Though Fränder has been performing their act many times over this 18-day Canadian tour, their between-song banter sounded fresh and fun.

For fans of Canadian and British folk, Fränder’s music is somewhat akin to the work of The Barra MacNeils and Steeleye Span, with a little Jethro Tull thrown in for fun. Sonic connections aside, Fränder is a unique band with a style all their own. If you are a fan of acoustic music and traditional sounds with a modern twist, you owe it to yourself to catch Fränder in action. 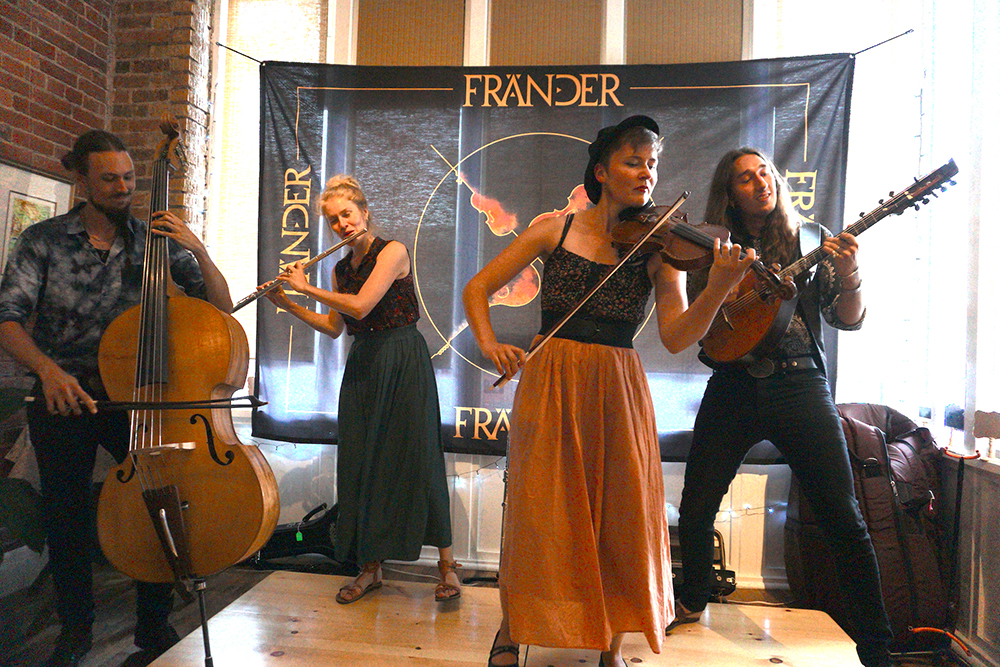 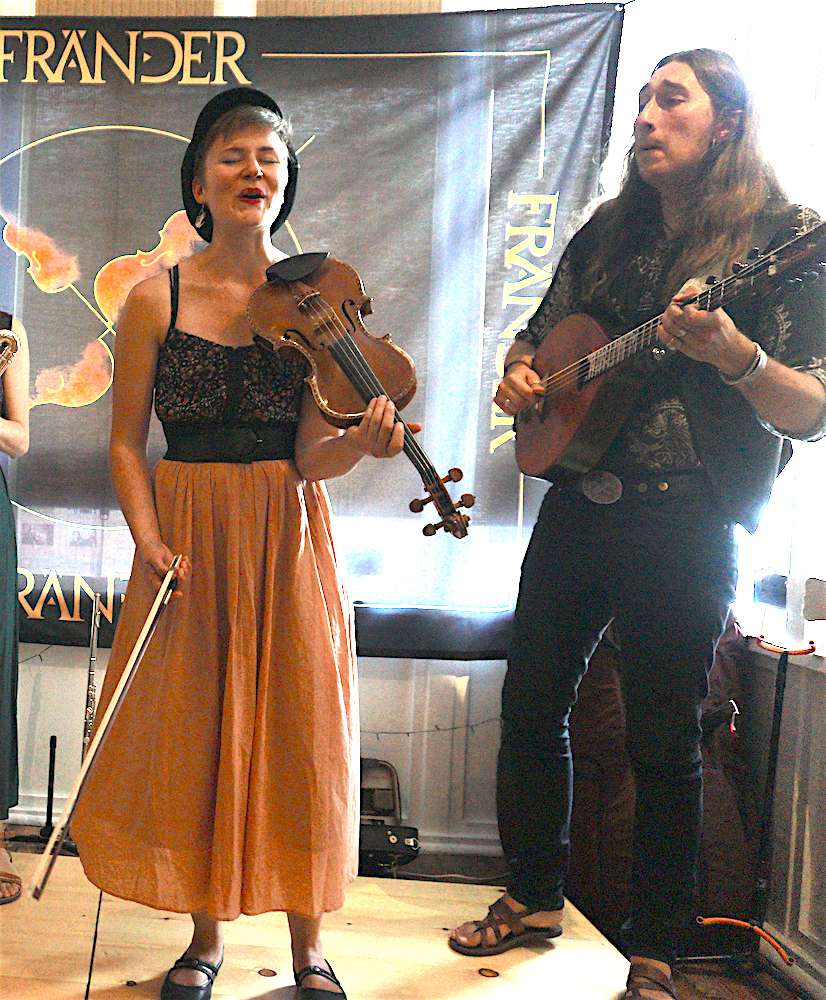 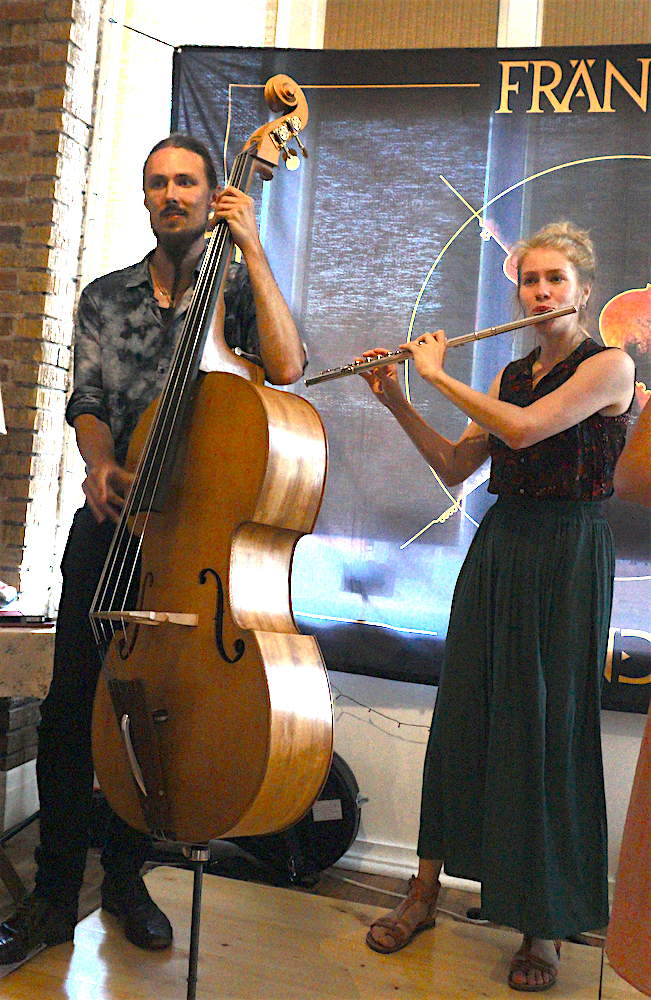 Musician, writer, and grandad Bryan Williston is a fan of music in all of its forms. He loves to listen to, play, and talk about music, and to share his ideas with others. Despite the failings of humans, he is hopeful about the future, and thinks that Spill Magazine readers are just the best. Bryan lives in Whitby with an assortment of people and dogs.
RELATED ARTICLES
live reviewwhitby