Live Reviews
25
previous article
SPILL ALBUM REVIEW: AC/DC - POWER UP
next article
SPILL FEATURE: IT'S ALL IN THE NAME (PART 1) - A CONVERSATION WITH HAWKSLEY WORKMAN 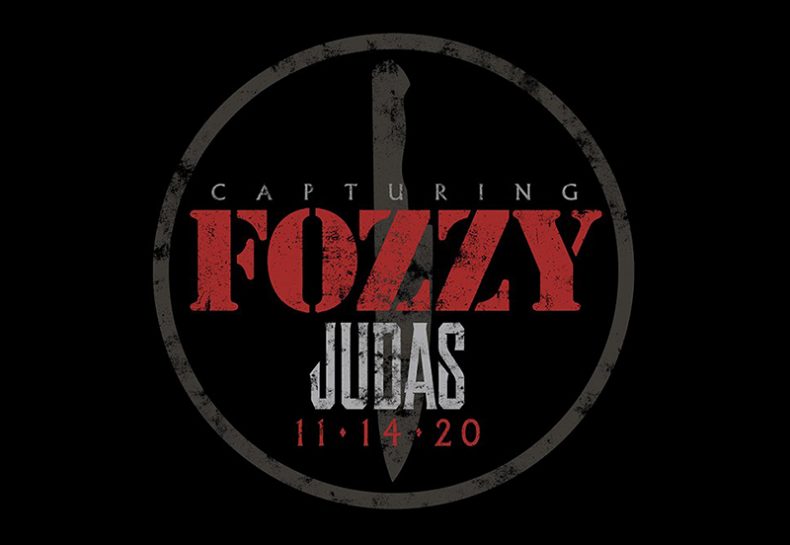 The show opens with the wing of a plane flying over clouds with the words “A long, long time ago….in a galaxy fozz fozz away…”

Frontman Chris Jericho explains that the “Fozzy Across America” tour comprises of three shows in three different cities, each in different time zones. It was an idea Fozzy’s manager Mark Willis and Jericho came up with.

As “Judas” plays, the camera finds fans in line, the first had one having arrived at 6:30am,  and another who had driven three and a half hours to see the show. Winners of a radio contest in each city, with questions that only Chris Jericho or Fozzy fans would know the answer to made up the audiences. Then it’s El Paso, Texas at 3 pm, then off to Las Vegas to wrap things up later that night. Fans graciously provided the CO2 tank for the fog gun. “Where’s all the screaming chicks?” Chris asks in Texas. They wrap up with “Painless” in Vegas.

Now, for Capturing Judas. This documentary film is the band in the studio together, recording the entire set of the Judas Rising tour. They have evolved from a part time band, and they feel they have written a better representation of who the band is with the latest album. “Record means a record of who you were as a band, at that moment in time.” Jericho explains they have always opened with “Judas”, because that is what broke them out and what they are known for. He shouts out a few lines, then ends with “you just got your asses kicked by FOZZY!” Then the camera rotates around the room showing each band member. “That’s all folks!”

Melinda Welsh is an American blogger and music enthusiast, who grew up in the 70s and 80s and is passionate about all kinds of music, listening to any kind of music that she can get her hands on. Her tastes vary from country to hard rock. She can be seen wearing ear buds at work, reading music magazines and articles online, and following bands on Instagram and Facebook. Her favorite quote is "Where words fail, music speaks".
RELATED ARTICLES
georgialive review
8.0

by Tucker Judkins on January 10, 2020
Georgia Seeking Thrills Domino After four long years, Georgia is back with their highly anticipated sophomore record, Seeking thrills. London native Georgia Barnes has put together what is [...]