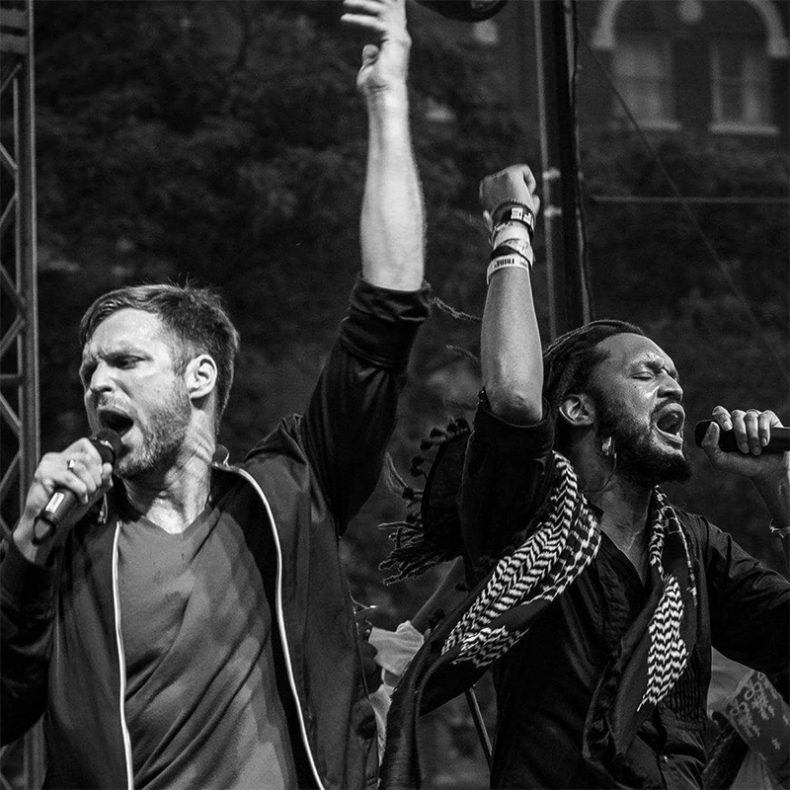 The polar vortex in Southern Ontario couldn’t keep fans of Flobots away from going to the Legendary Horseshoe Tavern for the “Rise + Shine Tour”. A small legion of fans were quite present at the tavern as they branded themselves with new merch and eagerly stood in their spot so no one could take it for the show. Among them were usual music listeners, hanging around the fans who took the main floor.

Before the Flobots’ performance at 10:15pm, Tropidelic opened for them with a half hour set. The Ohio natives brought a gritty and loud vibe with a psychedelic base. The crowd was quite active to Tropidelic. The band was jumping and the crowd joined in. They performed one of their 2015 singles “Police State” which is a political statement about their hatred of the idea of a society being monitored by government. Perhaps this politicized song is what attracted the Flobots to Tropidelic for the tour.

The 4 of 6 Flobots touring members came out onto the tiny stage for their instruments: a drummer, violinist, bass player, and lead guitarist. Then came out the lead vocalists/rappers, Stephen Brackett and Jamie Laurie. Stephen began a spoken word without music about his opposition to xenophobia. When the band was ready to go, they erupted into an unreleased, energetic track.

Their sound is an intersection of spoken word, rap, reggae, with some rock grit (not as hard as Tropidelic). Through the night and in their songs, you learn about how this is a band of activists who spread their positive messages relating to the times we live in. “Get Free” is an example of that where a lyric is, “I gotta be free from this history.” This can be interpreted in different ways, but the most unanimous way is we can’t let what people did in the past (especially bad things), affect our lives now; to learn from the mistakes and move onto better ideas.

Lead vocalists Stephen and Jamie bounce each other’s flows right off of each other really well. Sarah the touring violinist, was catching a lot of attention with her moves and flipping her long curly hair. All six of the members have great chemistry as they took cues from each other to make great flow. In between songs they would add some more dialog about injustices in the world. They band was also engaging with the crowd, asking them to recite lyrics and wave their arms.

Things quieted down after about a dozen songs and Stephen was the only one on stage with a banjo. He explained the history of the banjo that black slaves, Irish, and Scottish people over time formed the banjo. It’s ironic to him because in black culture today, he doesn’t think black people even think of banjos or “have ever said the word banjo.” Then the song he played says was about the people who have passed including his aunt and grandma and how they have traces of their impact in this world and we must carry them along in life. 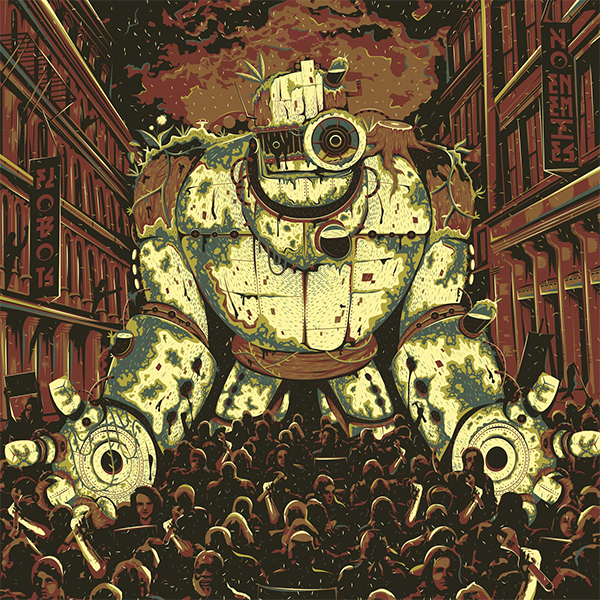 The energy picked up again and they played their biggest hit “Handlebars”. In November of 2017, “Handlebars” was ripped off of Flobots than none other than YouTuber Logan Paul. But they came back with a kickass 2 minute diss track.

Flobots is a band with a heart for others. They’re for fans and for a good time for anyone. they have attitude, but not in an intimidating way.

And patrons at the Horseshoe Tavern may now find that the A&W next door now has a food pick up hole connected  to the Horseshoe with a debit machine to buy food from the tavern. Neat, eh?

Vicki Mahony is taking her hobbies of concerts, photography, and ranting and putting them to good use! She is a live-music photographer and reviewer.
RELATED ARTICLES
flobotslive reviewthe horseshoe tavern