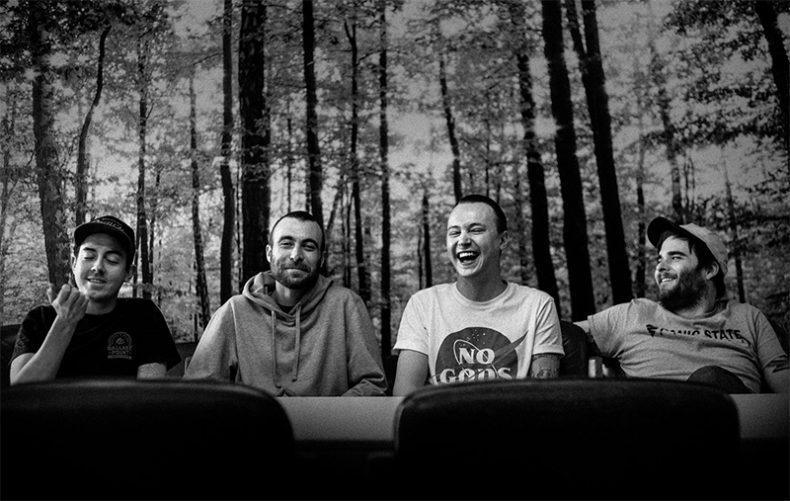 I walked past a few dozen people standing in a thick cloud of smoke outside of Lee’s Palace. For whatever reason, The Flatliners always seem to attract a strange mix of punks and frat boys to their shows, though with everyone getting along swimmingly.

The band played a number of songs from their newest album, Inviting Light, which has a bit more pop to it than their previous work. This lighter sound isn’t necessarily a bad thing. The Flatliners have, in the past, put out albums that drew more from ska, skate punk, and hardcore elements. More to the point, even these lighter songs are delivered with the same passion and intensity that the band channels when performing heavier songs. While I may not be as immediately invested in the new material, I do understand its appeal and appreciate that The Flatliners are continuing to expand their artistic horizons. In fact, the differences between Flatliner albums are what make them one of the more interesting contemporary punk bands to follow.

I’ve spoken with lead vocalist Chris Cresswell in the past, and can attest that he is as pleasant and relatable in person as he is on stage. While it’s generally understood to be almost compulsory for headlining artists to acknowledge their opening acts, Chris‘s admiration for both Sam Coffey & The Iron Lungs and The Dirty Nil comes off as especially sincere. Even if their lyrics weren’t consistently both emotive and unifying (which they are), The Flatliners themselves certainly contribute to the amicable atmosphere at their live shows.

Overall, The Flatliners put on another excellent performance at Lee’s Palace, which is even more impressive considering the fact that they’ve just finished a twelve week tour. I’m excited to see them again once they’re back in Toronto.

The Spill Magazine is a Toronto-based online publication dedicated to covering the independent music scene with a strong focus on our thriving hometown talent. Our writers bring you up-to-date news, in-depth features on musicians and reviews for the latest CD releases. We also travel to the front lines for all local festivals including Canadian Music Week and North by Northeast.Don’t forget to check out our Facebook and Twitter pages for all daily Spill updates.
RELATED ARTICLES
dine alone recordshuman party trickinviting light