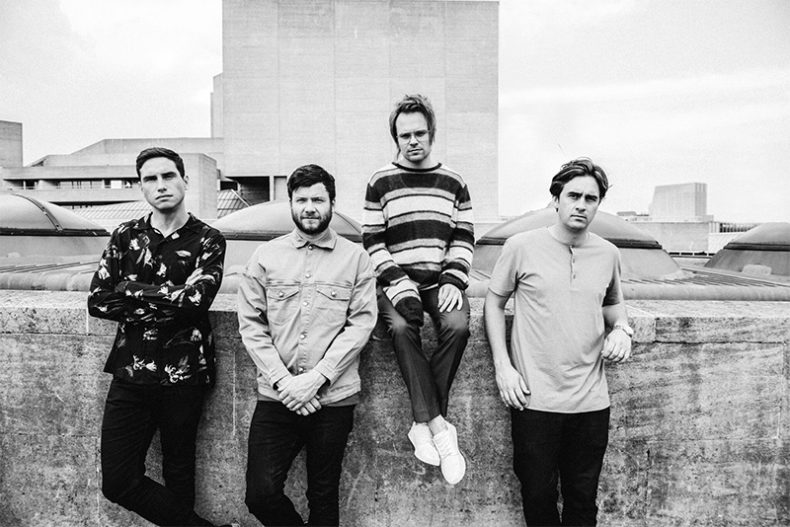 Supporting their fifth studio album The Spark, Enter Shikari came to Toronto and blew the roof off of Lee’s Palace. To really kick off the concert, Enter Shikari brought along supporting acts Milk Teeth and Single Mothers. These bands helped electrify the crowd just enough to get everyone ready for the headliner.

Milk Teeth started the show off, having very high energy as soon as they came out onto the stage. Although the crowd didn’t seem to be familiar with their music, and didn’t seem too interested in the band when they came on, they seemed to be really into them by the end of their set. As the set went on, they seemed to get more and more comfortable with the crowd as well, which helped the vibe of the set to be a lot more relaxed.

The second supporting band was Single Mothers, and right from the moment they hit the stage they had really high spirit. The band came out all as one, with the singer Andrew Thomson coming out just shortly after, who seemed to be well-noticed by the crowd. As soon as the first note was played, Andrew was dancing and moving around to the music in different interesting ways. 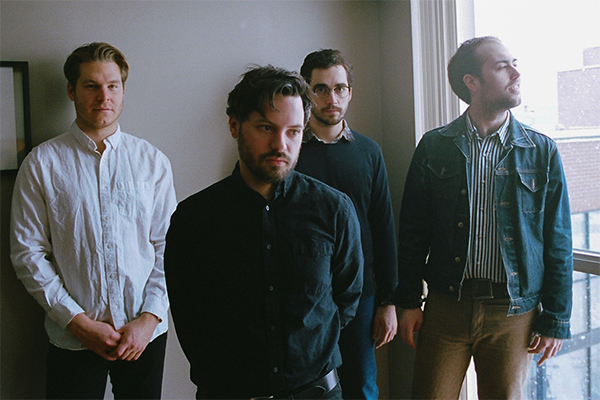 Enter Shikari’s stage setup was very interesting, but seemed to work out for their vibe. They had two lines of LED lights behind them, which created some really cool light patterns to enhance the visual experience. They also had a really cool custom-made keyboard which looked like it was a submarine tracking map with all the controls around it, which were the different settings it could use.

Enter Shikari started their set off by coming out and playing the first song, which is also the most recognized single off their newest album, The Spark. As soon as they started singing this song, the crowd pushed right up to the front and the party really began. They had such high energy, especially their front man Rou Reynolds, who was moving, dancing and jumping around in the most vigorous ways.

Immediately after this song they decided to kick it back to a couple old songs. They started with “Solidarity” which was played so well, being one of the classic Shikari songs. After this, they threw it back even more to their first album and played “Anything Can Happen In The Next Half Hour . . .”, which seemed to shock most people in the crowd, considering how good of a reaction the song got as soon as they started playing it. 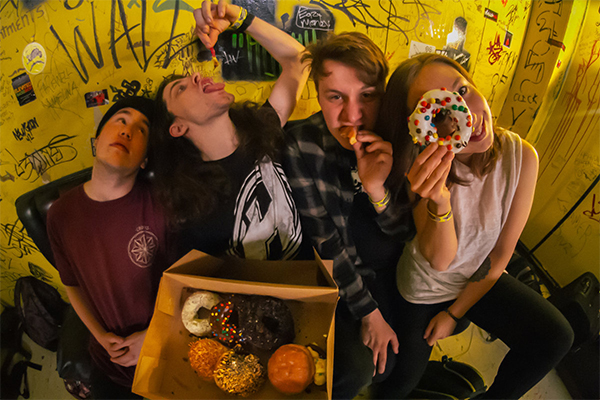 The newer songs didn’t seem to be very relevant to much of the crowd, considering they seemed to be more into the music when the older songs came on. “Radiate” and “Arguing With Thermometers” were examples of that, which makes a little more sense, considering they have more of the heavier bass drops. Someone you couldn’t stop looking at during these heavier bass drops was their drummer, Rob Rolfe. He was always making weird faces to the crowd or going absolutely insane on the drums.

The memorable part of this show was right before the encore: They did what they called “The Quickfire Medley,” which was where they played four songs in the span of eight minutes as one song. In this time, they played their most well-known songs, “Sorry You’re Not a Winner,” “Sssnakepit,” “. . . Meltdown,” and “Antwerpen,” which brought the show to a whole other level of craziness. The level of the building was going crazy and this was thought to be the best part of the set, but it had yet to come. After they finished “The Quickfire Medley,” they said that was the warmup for the next song they were going to perform. They then just out-of-nowhere started playing one of the most known songs, “Zzzonked,” which really delivered to bring the real hype that Enter Shikari brought back in the old days.

Overall, this show was very captivating and unique. Having been one of the best live bands in 2017, they seem to be keeping strong with their very captivating live shows. Seeing them is always going to be a party, whether you know their music or not.

Nicholas Power is a Canadian born photographer from Whitby, Ontario. He has been photographing live shows for three years, and is now getting into shooting for media outlets. He is currently a member of a band called Punchu, and is enrolled in Humber College's Creative Photography programme.
RELATED ARTICLES
enter shikarilee's palacelive review