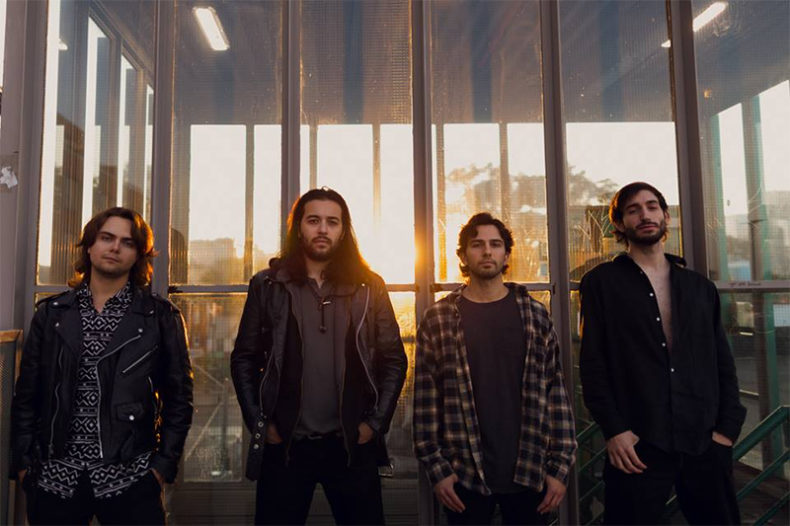 Drop Top Alibi w/ One In The Chamber, Uforia &The Matte Black Finish

To celebrate the release of their latest music video for “Home” off their debut self-titled EP, Drop Top Alibi took over Toronto’s infamous Hideout to perform a jaw-dropping set. To truly make this performance a party, Drop Top Alibi brought along some of the city’s premier rock bands, including One In The Chamber, Uforia, and The Matte Black Finish, to round out the lineup. While Toronto was buzzing with live music from all corners, the overall performances from each band left no doubt that The Hideout was the place to be on this particular Friday.

To open their 12:00 AM set, Drop Top Alibi debuted their brand-new music video for “Home,” their third music video following the release of “Burn” last month and their Gilby Clarke-produced “Holding The Gun,” released in December of 2016. Originally released on September 16, 2017 on Drop Top Alibi, “Home” is a stirring ballad that grows into a powerful rocker complete with belting vocals and a tasteful guitar solo. While the lyrics hint at a late-night hookup (“She doesn’t really know me, but she wants to go home”), the music video threw in a much-appreciated twist as it follows lead singer and rhythm guitarist Brandon Gregory as he hangs around with Death. Embodied by a cloaked woman, Death is seen following and sometimes leading the singer through his apartment, across railways and into the woods. The two of them flirt, lay across train tracks, and she even helps him cook his heroin; all the while the video cuts away to shots of the band performing in a field and Gregory digging a grave in front of a tombstone that reads “Home.” Beyond the creative concept, the video is excellently shot and is definitely worth checking out. 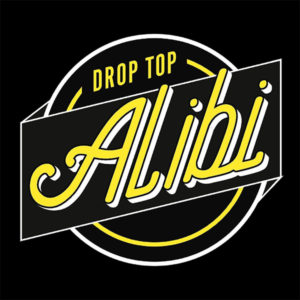 Following the screening on the venue’s projector, the four-piece band took the stage. Along with Gregory, the band is comprised of lead guitarist Dylan Wykes, bassist Luc Ricci, and drummer Anthony Pansino. The band wasted no time in diving straight into their 40-minute set comprised of tracks from their EP — including a standout performance of “Burn” and “Home” — along with new tracks that the band boasted they would be recording in the near future. As their set went on, the band included a strong cover of Led Zeppelin’s 1970s classic, “Immigrant Song.” The crowd was energized, singing and dancing along and demanding an encore following the band’s jam on their original “Take It All In Stride.” As a result, this sparked an incendiary cover of AC/DC’s “Whole Lotta Rosie” in tribute to Malcolm Young, who passed away last November. This was a definite highlight among a set that refused to let up.

I’ve said it before, and I’ll say it again, despite being relatively new to the scene, Drop Top Alibi is one band to watch out for. Their performance was hungry; it felt as if they had something to prove, and rather than coast on their celebration, they blew the roof off The Hideout with a tight set of a quality similar to that of Toronto’s top bands. Their performance will not only leave you excited for the next gig, but for everything the band has in store for the future.

One In The Chamber Links

A passion for music has always been a part of Gerrod’s life. As a young boy, he was raised on a steady diet of the music from The Chili Peppers, Aerosmith, The Stones, Prince, and others from his mum. Raised in the GTA, Gerrod continued to foster his love for music by attending a wide range of concerts and learning the drums. His unapologetic passion for music has no bounds and has spread to a wide variety of styles, whether it be the 90’s rock that sound tracked his teenage years, the jazz he studied in university, or his newfound love for hip-hop. He recently received his bachelors in music and education from York University and is passionate about writing and reviewing good (and less than good) music. Gerrod is also the drummer and songwriter for a Toronto based rock & roll band, One In The Chamber.
RELATED ARTICLES
drop top alibilive reviewone in the chamber
8.0