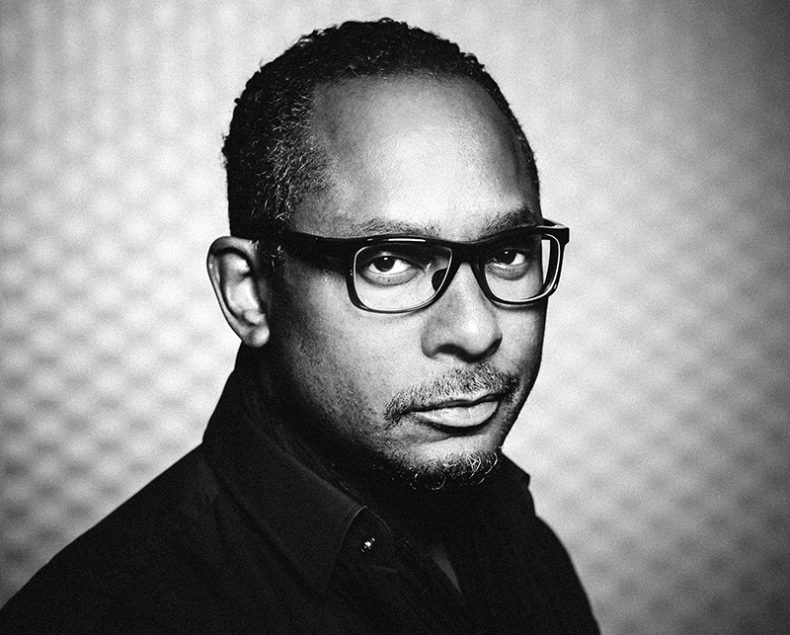 Derrick May, another legend, is a prominent Detroit-born DJ and producer with residential ties to Chicago. Born in 1963, Derrick May grew up with friends, Juan Atkins and Kevin Saunderson, forming the Belleville Three. The trio later became dubbed the “Holy Trinity” of Detroit Techno. Derrick May has rightfully earned his title as the “most original and influential” techno producer with his 1987 breakout releases “Nude Photo” and “Rhythim is Rhythim.” May’s sound is described as “other-worldly” with “sub-aquatic basslines” and “hi-hats constructed from welding sparks.” In his tracks and his sets, you can hear influences of Kraftwerk, gritty early Detroit Techno, and Classic Chicago House from DJs like Ron Hardy and Frankie Knuckles. Derrick May’s Transmat label, halted during his producing hiatus in the 1990s, is considered one of the most respected Techno labels in the world. Derrick May has also worked with a number of bands, including ABC, Depeche Mode, Fine Young Cannibals and System 7.

Toronto promoter Apollo Inc. brought Derrick May to headline their heavily attended Innovations party on October 1, 2016 at 170 Spadina Ave., a business centre by day. Despite a number of competing jams in Toronto that night, along with the city’s bustling, annual all-night interactive art festival, Nuit Blanche, Derrick May took a crowd of sweaty 20- to 30-somethings on a signature 2.5-hour smooth set, cascading from classic House and Disco tracks back down into hard-hitting Tech-House before rising back up to the early roots of electronic Dance music. Conga and B3 organ samples skated over deep thumping bass and acidic hi hats while a rainbow LED light show danced behind May’s bobbing head. The throbbing room, flanked with Warhol-esque paintings and a smoky side room with a large, screen-projected video game, was transformed.

Talia Wooldridge is an avid music lover, composer and ethnomusicologist who contributes artist interviews, live concerts, festivals and album reviews for Spill Magazine. She has written extensively on the intersection of music, personal identity and cultural symbolism with an early focus on Latin American Hip Hop and female Cuban rappers. In her spare time, Talia writes, composes music and manages Music Can Heal, a non-profit that brings live, award-winning musicians to inspire healing in hospitals, hospices and communities in need. Her next project is an interactive music-travelogue exploring music cultures and music travel around the globe. Follow her here: www.taliawooldridge.com + www.movetoyourownbeat.com.
RELATED ARTICLES
apollo inc.derrick maylive review