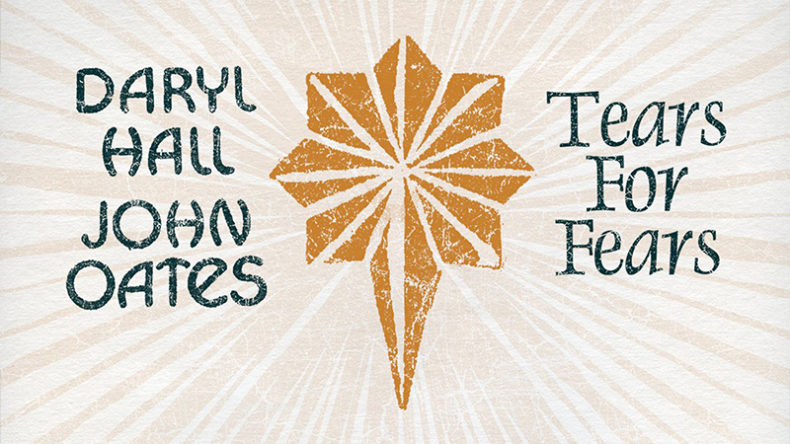 Two bands I have longed to see, but never had the opportunity over the years. When I heard they were touring together, there was no question, this was one show I was not going to miss.  Both Tears Fears and Daryl Hall and John Oates could have their own show, but putting both together on one tour was a stroke of genius.  Two for the price of one.  And the show lived up to its potential.

Allen Stone had the enviable  task of opening the show. Interestingly, he came on well before the 7.00 start time noted on the ticket, and for that reason there was not many people to hear his short set.  He did an excellent job of warming up the crowd and setting the stage for the main acts.

The rest of the night was wall to wall hits Tears For Fears hit the stage at 7.00 pm and opened with “Everybody Wants to Rule The World”. The band was tight and there they were, the original two members, Roland Orzabal and Curt Smith out front. In many respects time has stood still for these two. Although they may not be able to hit the high notes they used to, they still sound fantastic and their playing (Orzabal stayed mainly with guitar and Smith played bass) was excellent. 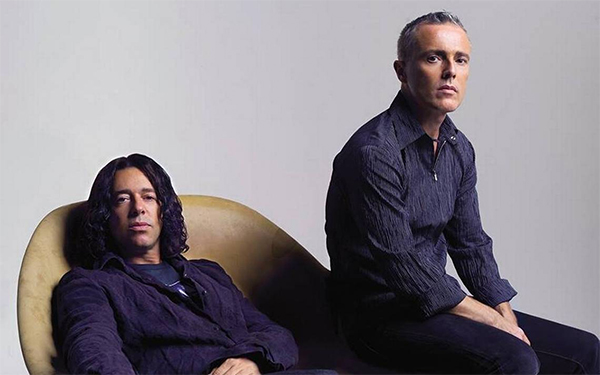 They did the songs one would expect and that the crowd came to hear. They told stories about their time in Toronto (four sold out shows at Massey Hall in 1985, shooting “Head Over Heels video in Toronto) and seemed genuinely appreciative of the reception they received. The band were all smiles, and Orzabal cracked himself up when he forgot the lyrics to their encore, “Shout”.

There were a couple of surprises during their performance, perhaps the biggest one was their cover of Radiohead’s “Creep”, which worked on many levels.  Besides the hits, they did dip into their albums and performed a stirring version of “Memories Fade” (from The Hurting) and a brilliant version of “Secret World”, from their latest studio album, Everybody Loves A Happy Ending (released in 2004), which incorporated Paul McCartney’s “Let ‘Em In”. They performed a well timed, well paced set and the crowd was not disappointed.

After a short intermission, and a stage change, Daryl Hall and John Oates took to the stage. Opening with their cover of Mike Oldfield’s “Family Man” (which was a  top ten single in 1983 from their H20 album). From there,  it was wall to wall hits  played perfectly by the duo and their tight, and extremely talented band.  Hall’s voice was in top form as was Oates. There was a little trouble with feedback at the beginning of their set, but that was quickly resolved, and there was no looking back.

The interesting thing about the performance by Daryl Hall and John Oates was their ability to change the songs a bit, adding solos for example, but maintaining the essence of the song.  This was played out in their extended (and brilliant) performance of “I Can’t Go For That (No Can Do)”. 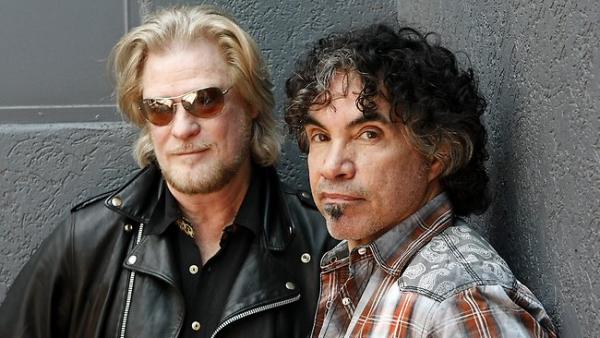 As with Tears For Fears, there were surprises throughout their ‘greatest hits’ show.  One huge surprise was the inclusion of the rather obscure “Is It A Star” from their 1974 album War Babies. A brilliant album, but the last album I expected to hear a track from during the show.

Once again fans got what they came to hear. “Maneater”, “Out Of Touch”, “She’s Gone” and my particular favourite, “Sara Smile”. That was just the tip of the iceberg.  And the band could have played another hour or so of their hits, not to mention some album cuts that I would love to hear live.

The night was a success. Two bands that 30 years ago would never be considered to double up for a concert, let alone an extensive North American tour, fit together perfectly.  The show was fun, exciting, well played and an incredible way to spend a Monday night in Toronto.  I have to say that during these violent times in which we are currently living, these two bands brought a great deal of love, hope and energy to a crowd who were reliving their past and creating new memories, some with their children.  Having said that, all generations were represented at the show.  It was a night of “oldies” but the songs had new life and both bands made the songs sound current.  Perhaps the most poignant song for the night was Tears For Fears “Sowing The Seeds Of Love”.  No political speech about the song, but the song spoke for itself.

In summary, a perfect night.

Born and raised in Whitby, Aaron discovered music through his love of The Beatles. This led to a career in radio, writing for various publications, and ultimately a radio show about The Beatles (Beatles Universe), which ran for over four years. When not immersed in music, Aaron enjoys spending time with the loves of his life -- his wife Andrea, and daughters Emily and Linda (all of whom have an intense love of music too).
RELATED ARTICLES
darryl hallhall & oateslive review