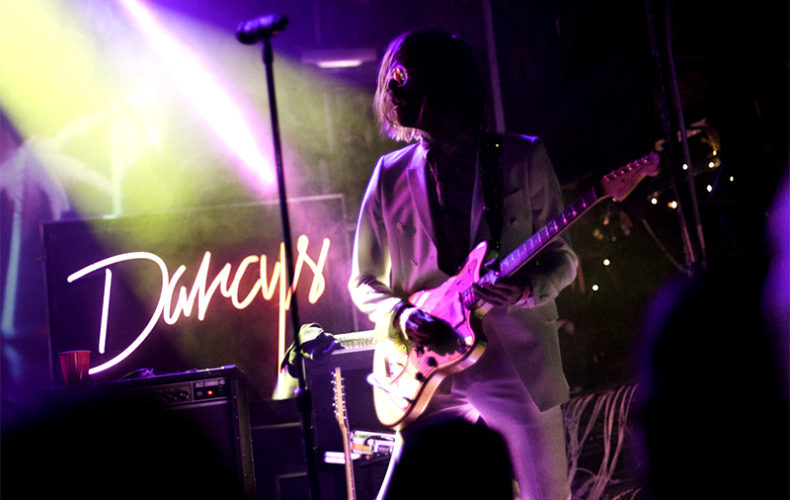 The Darcys are a duo from Toronto currently signed to the Arts & Crafts label. They performed this past Saturday at the Mod Club on a bill featuring opening acts Industrials and Ralph.

Industrials play “trip-funk” but their sound was very varied. Dressed in nothing but floral swim shorts they performed their songs quite energetically. With extremely unique sounds and aesthetics the two members brought everything they had for their Toronto show.

Ralph is a singer who like the Darcys is also from Toronto. Ralph too has a very unique style, wearing what looked like a wet suit with flames on the sleeves and black jeans with an excessive bottom flare. Ralph began to serenade the crowd with a relaxed vibe that they found very charming. She then moved to more dance motivated tracks, that really got the crowd moving. Ralph’s set consisted mainly of tracks off her self titled album as well as some very dance-able unreleased songs. Both Ralph’s sound and aesthetic are very easy going and unique. 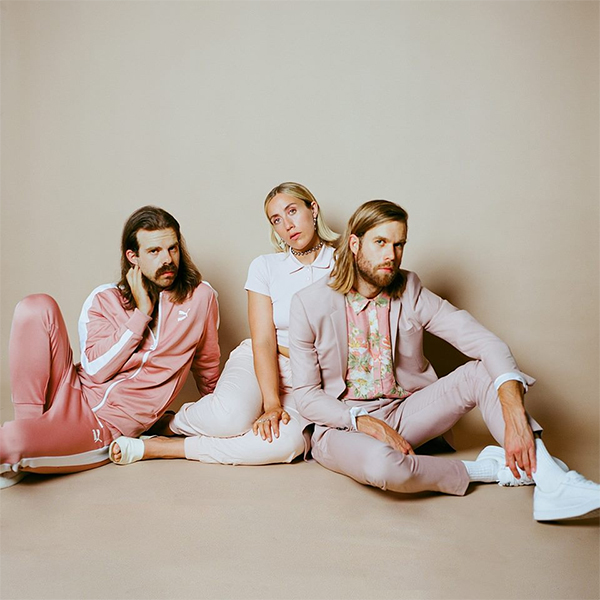 The Darcys headlined the show, which was obvious from the neon signs on stage as well as a light up drum kit, later followed by an inflatable tube man and a huge flamingo shaped pool raft. Since most of the Darcys work is upbeat, so was their whole performance. From the first song, the lead singer Jason performed with very high energy even whilst playing guitar or keyboard. The drummer, Wes remained behind the drums the whole show, but was equally as enthusiastic and showed his personality with little jokes here and there. The band performed their newest album Centerfold. The art-rock duo brought some really cool looks to the stage, with even longer hair and facial hair than the cover of the album portrays. The band definitely came to put on a show, they didn’t just show up and play, they showed the love they had for their fans both verbally and physically with energy in every song. During Ralph’s set, she mentioned it was her birthday so at the end of the Darcys set they made sure to bring it up again. They made the crowd join them in singing happy birthday to Ralph as her friend brought out a cake and candles. After this Ralph and the Darcys performed their own rendition of “Bennie & The Jets” by Elton John and “Pony” by Ginuwine. This was really fun and the crowd really enjoyed the playful performance to round off the show.

All the artists really showed their love for music and their fans. Although the show was not too crowded, the love was definitely in the air. Industries, Ralph and The Darcys are definitely all worth checking out. They all have talent and much more to come I’m sure.

The Spill Magazine is a Toronto-based online publication dedicated to covering the independent music scene with a strong focus on our thriving hometown talent. Our writers bring you up-to-date news, in-depth features on musicians and reviews for the latest CD releases. We also travel to the front lines for all local festivals including Canadian Music Week and North by Northeast. Don’t forget to check out our Facebook and Twitter pages for all daily Spill updates.
RELATED ARTICLES
arts & craftscenterfoldlive review