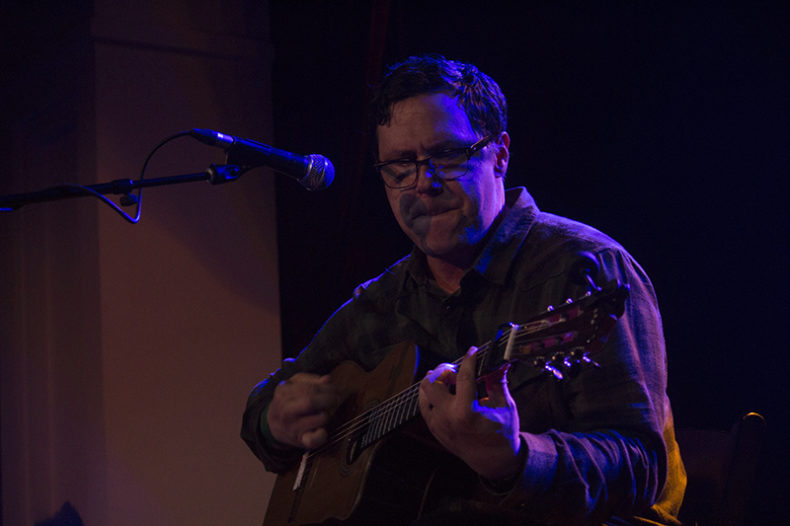 Damien Jurado returned to Toronto on May 16, 2018, and it was a welcomed return. Accompanied by Joshua Gordon on guitar, Jurado performed most of his new, brilliant album, The Horizon Just Laughed, and it translated beautifully live.  His guitar playing was gentle and his voice never once faltered.

Opening act Naomi Wachira was the perfect choice. Born in Kenya, and spending the last 22 years in America, she has developed her own distinct style.  She performed songs from her new album, Songs Of Lament, as well as songs from her earlier EPs and singles. She told inspirational stories, and she played perfectly. Wachira performed on her own, just her guitar and her powerful voice. She was captivating and personable. She set the tone for the evening.

Damien Jurado hit the stage with little fanfare. He was just suddenly there with Gordon. He quietly took his seat and he and Gordon started their show with “Allocate” from The Horizon Just Laughed. The next nine songs performed were from the same album. Songs such as “Over Rainbows and Rainer” and “The Last Great Washington State” were performed with emotion and the perfect musical accompaniment. These songs were two highlights from his new set. 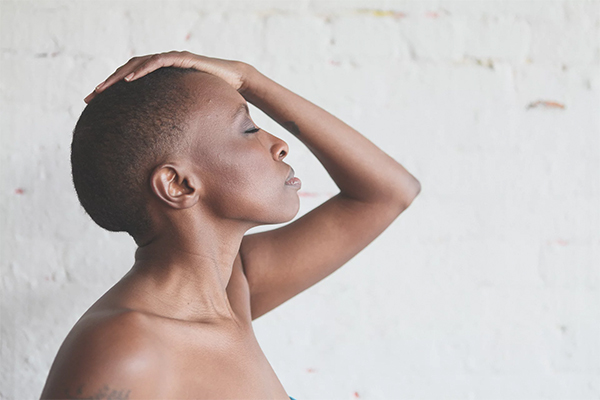 The night was kind of in two distinct sets. Following the first set, a  performance of  The Horizon Just Laughed (only one song not performed from the album), the second set featured hum performing a few brand new songs that have not yet been recorded (he referred to them as “ok”, but they were much better than just ‘ok’), and then he played some of his more well known and loved songs. Fans seemed to enjoy “Working Titles”, “Ohio” and “Beacon Hill”. He also performed requests that were shouted out from the audience, such as “Exit 353” and “Metallic Cloud”.

Jurado tried to engage the audience with his stories, but he was clear at the onset that he does suffer from Attention Deficit Disorder and he can be easily distracted from his task at hand. But he was also given advice to “talk more…and look like you want to be there” so he made attempts to provide background on songs and told some great stores.

Overall, a great night, full of great music and incredible stories from Jurado. He is unlike any other artist and he turned the evening into an intimate affair. Although the songs are quite heavy and ‘depressing’, there was a lot of humour during the night. Fans left very happy and I am pretty sure there were a few converts to the ways of Jurado after the show.

Born and raised in Whitby, Aaron discovered music through his love of The Beatles. This led to a career in radio, writing for various publications, and ultimately a radio show about The Beatles (Beatles Universe), which ran for over four years. When not immersed in music, Aaron enjoys spending time with the loves of his life -- his wife Andrea, and daughters Emily and Linda (all of whom have an intense love of music too).
RELATED ARTICLES
allocatedamian juradodamien jurado