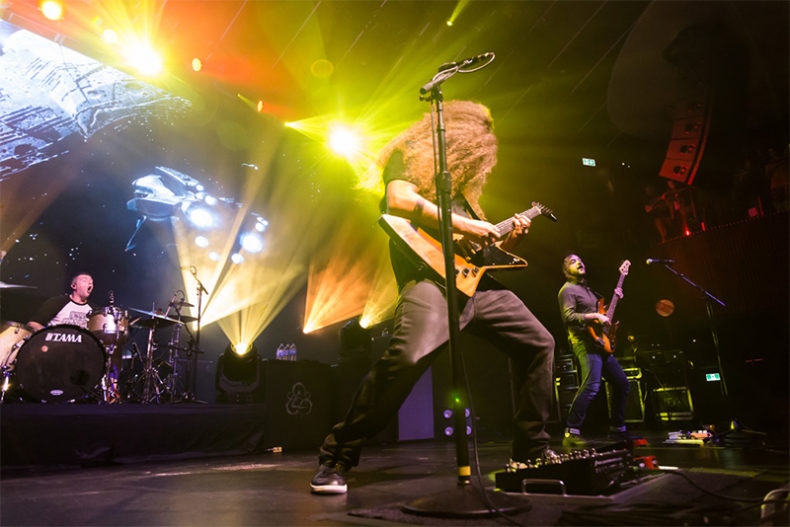 Having been together for over 20 years now, Coheed and Cambria know how to throw a banging show. On September 20, they played the Rebel with supporting acts Crown Lands and Protest the Hero. After releasing their most recent EP, Creatures of the Gutter, they set off on a cross Canada tour starting in the west in Vancouver, and ending in Québec City.

To kick off the show, Oshawa’s Crown Lands took the stage with great energy. Despite being a duo, they filled the venue with both great atmosphere and great music. You could tell that some of the crowd had no idea who they were, but by the end of their set, they had a lot more people cheering them on and head banging alongside their heavy rock/blues sound. Definitely the song to remember was “Waterfall” being one of their more commercialized songs, but it was very understandable why it had reached the charts after their tour with Coheed and Cambria.

The second band that came on was Protest the Hero from Whitby, Ontario. The crowd seemed to be more familiar with them since they’ve been playing around GTA for over 10 years now. From the moment they hit the stage to the time they left it, the crowd was right behind them, rocking out like they always have from Protest the Hero. With Rody Walker’s amazing vocals, and Tim Millar and Luke Hoskin’s amazing guitar playing, they always seem to know how to put on an amazing show. Despite the fact that Walker lost his voice during their last Toronto show, he seemed to have fully recovered and sounded like he always has. The band closed the set with their song “Skies” which starts off really sweet and nice, and then it kicks right into the heavy metal band we all know and love. 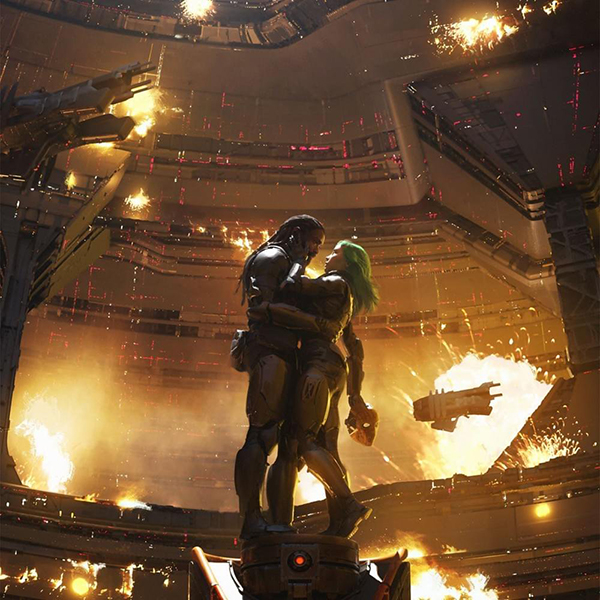 PURCHASE CREATURES OF THE GUTTER VIA SPOTIFY

After two amazing openers, the crowd had been so eager for Coheed and Cambria to take the stage,they lost their minds while their the opening prologue to their first song came on. They had opened their set with “The Dark Sentencer”, off their new EP, Creatures of the Gutter. This song was a perfect opener after a long prologue, hyping the crowd for their actual arrival to the stage.

One of the best performances of the night was “Blood Red Summer”, which the whole crowd seemed to be singing and dancing along to, which seemed to make Claudio Sanchez smile a lot of the time during the song.

The whole show, Coheed and Cambria seemed to have a lot of energy despite having spent 26 hours driving to Toronto from Winnipeg,  and  having had less then four hours sleep. It was quite impressive knowing how much energy they were expending while being that fatigued.

They closed off the show with their most popular song, “Welcome Home”,which was done to perfection. Even though they have played that song since 2005, they still know how to really pack a punch with that song. Overall, the show was amazing, that started with great opening bands and finished with a really great set by Coheed and Cambria. There was definitely not a dull moment at this show.

Nicholas Power is a Canadian born photographer from Whitby, Ontario. He has been photographing live shows for three years, and is now getting into shooting for media outlets. He is currently a member of a band called Punchu, and is enrolled in Humber College's Creative Photography programme.
RELATED ARTICLES
coheed And cambriacrown landslive review
7.0

by Gabrielle Bossy on October 5, 2018
Coheed And Cambria Vaxis – Act I: The Unheavenly Creatures Roadrunner Records With their ninth studio album, Coheed and Cambria has succeeded in taking [...]