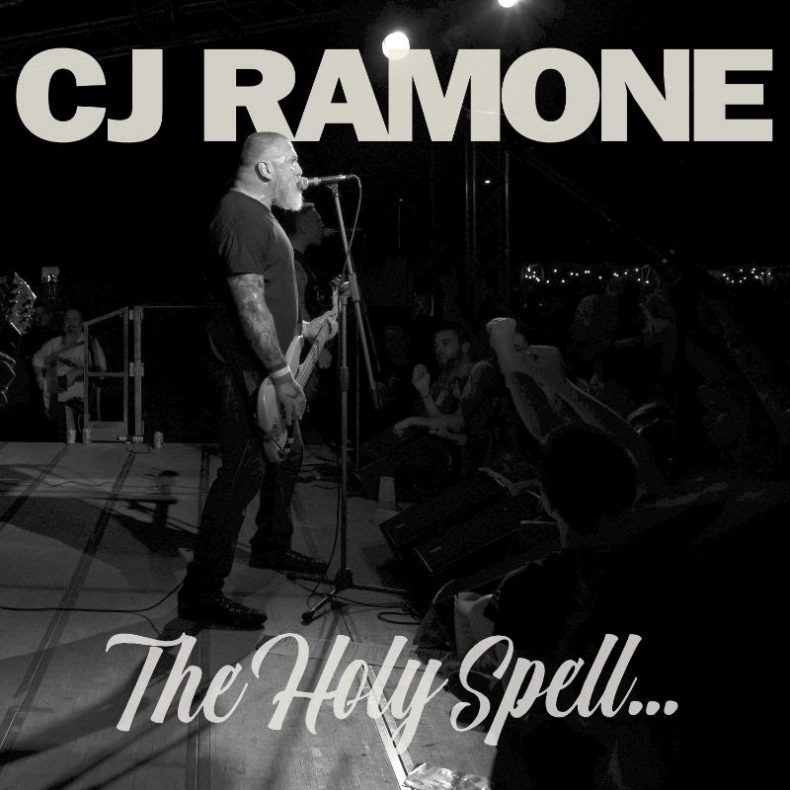 While best known as the long-time bassist for The Ramones, CJ Ramone has since enjoyed a musically diverse solo career. His latest album, The Holy Spell, released earlier this year, is driven by punk bangers, along with country music and soulful retro ’50s inspired rock. That being said, his recent performance in Toronto was a true punk rock odyssey. Currently touring across North America with openers Dog Party, Ramone has recently declared it to be his final tour, making his stop at Toronto’s historic Horseshoe Tavern that much more exciting.

Dog Party took the stage to a quickly filling venue. Within the first thirty minutes, the duo consisting of a drummer and guitarist who trade lead vocals had won the Toronto audience over with their retro, poppy punk flair. Beyond their high energy set, what stood out most was the lush vocal harmonies the two had layered together through nearly every song. By the end of their set, it’s safe to say that along with Ramone’s approval, Dog Party have found a spot in Toronto’s punk scene.

With a quick changeover, Ramone and his band took the stage for a relentless, tenacious, and exhilarating set which covered just under 30 songs in a little over an hour. The band blasted through material from Ramone’s solo career, including “This Town”, “Move On”, “Blue Skies”, “There Stands The Glass”, and his tribute to Steve Soto, “Rock On” from The Holy Spell, along with many hits and deep cuts from The Ramones, including “Gimme Gimme Shock Treatment”, “The KKK Took My Baby Away”, “Endless Vaccation”, “Commando”, and “Sheena Is A Punk Rocker”, among others. While the classic material from The Ramones seemed to get the biggest reaction from the audience, Ramone’s performance breathed new life into his solo work which made it almost indistinguishable from that of The Ramones. With an energy that refused to let up, Ramone captured a youthful energy reminiscent of the early days of punk rock. To cap off an already killer set, the band returned for a three-song encore, including “I Wanna Be Sedated”, “Blitzkrieg Bop”, and “R.A.M.O.N.E.S.” which truly was a definite highlight of the night.

Standing at the edge of centre stage, at the foot of a Ramone is not a feeling I’ll forget. The show was nothing short of explosive, and being Ramone’s final tour, he’s going out at a peak in his live career. This was a master class in punk rock performance that was blistering and effortless, aggressive and catchy; and all round, absolutely fun. Still at the top of his game, CJ Ramone remains a bona fide punk rock legend and his Toronto show, in the room with the checkerboard floors, will certainly be one for the books.

A passion for music has always been a part of Gerrod’s life. As a young boy, he was raised on a steady diet of the music from The Chili Peppers, Aerosmith, The Stones, Prince, and others from his mum. Raised in the GTA, Gerrod continued to foster his love for music by attending a wide range of concerts and learning the drums. His unapologetic passion for music has no bounds and has spread to a wide variety of styles, whether it be the 90’s rock that sound tracked his teenage years, the jazz he studied in university, or his newfound love for hip-hop. He recently received his bachelors in music and education from York University and is passionate about writing and reviewing good (and less than good) music. Gerrod is also the drummer and songwriter for a Toronto based rock & roll band, One In The Chamber.
RELATED ARTICLES
cj ramonehorseshoe tavernlive review