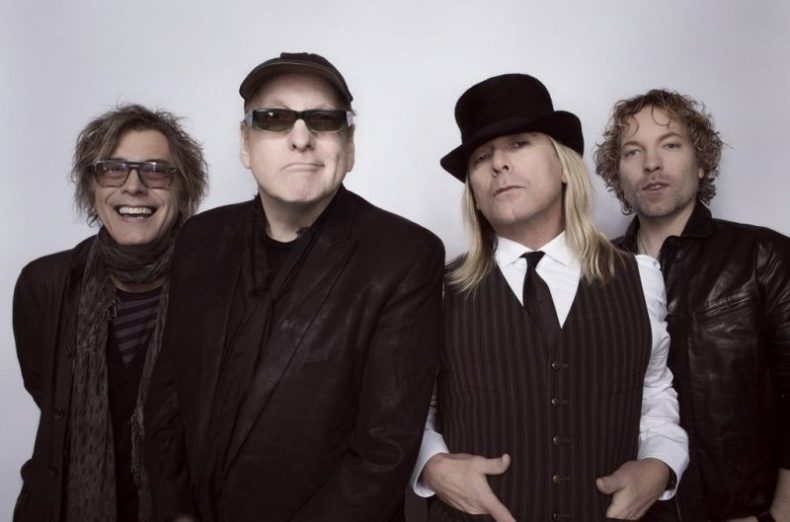 Cheap Trick dates in the UK have been few and far between over the years. So despite not being a long-standing fan I decided to avail of the opportunity -essentially to see what all the fuss was about. Cheap Trick on vinyl at least were always far too soft and poppy for these particular rock ears. However I have known several friends who have stated that they presented quite a different sounding heavier proposition when seen live. I was however quite surprised even with the bands “apparent” legendary status that they were booked into the larger of the Manchester Academy venues which was very close to a sell-out.

Openers on this night  were Stone Broken, a great band that I have managed to catch many times over the last two years, essentially for any large band that passes through Manchester, Stone Broken usually secure tour support. Indeed Rich from the band who I grabbed a few words with in the afternoon actually told me that the band had played Manchester even more than their own home town in the West Midlands I was particularly pleased by the inclusion of the more mellow track ”Wait For You”. It is to the bands great ability that they won over a largely and almost full venue to an audience of die hard and passionate Cheap Trick fans. 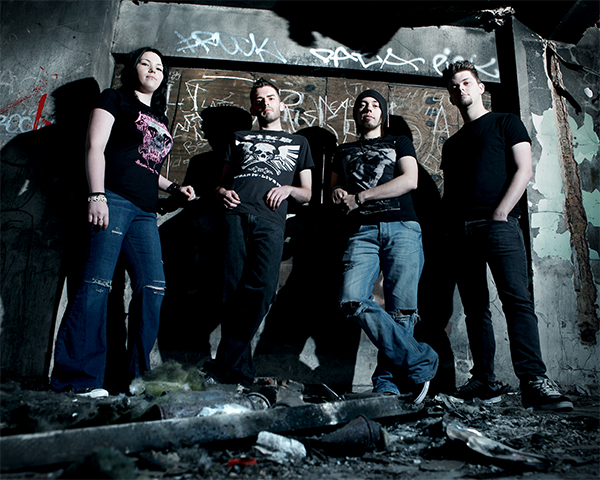 Despite not being a Cheap Trick fan they certainly had some quite long term fans at the Manchester show judging from the tour t,shirts both from the current and many old tours dating way back to the eighties. I will however admit to actually liking the odd song from the bands recent albums. Prepared for an evening of songs that I didn’t actually know from a band I was ambivalent to didn’t bode too well for the evening ahead. In their defence I had heard quite good reports from their show the night before in London.

While as I expected there were a flurry of songs that I did not recognize, what actually sold the performance to me was the grittier almost metallic sheen that the bands legendary axe hero Rick Nielsen’s polished the songs with. There was also an element of comedy to the bands show which erred just correctly on entertainment while also successfully avoiding parody. After all rock and roll can have humour, it’s not all about sad faces and world problems. Some songs I did actually recognize and the band performed those hits as fresh as if they were doing them for the very first time. It appeared on chatting to one fan that had been present at the previous nights show that the band appreciate fans travelling to several shows on the same tour-hence they often totally revamped the live set list almost on a nightly basis. This also keeps the band on their toes in addition to keeping it fresh for both parties.

The band even after many years playing together clearly appeared to naturally enjoy performing live before an audience. Elements of camp not withstanding in Robin Zanders stage outfit and Ricks visual expressions the rest of the band played a more serious role which kept the rock and roll train steering straight on the rails and going full steam ahead  The set was a mix of the occasional new song,some rarely heard gems and seasoned with their classic hits. Still there was an overriding pop sensibility to the tunes for the most part. The heavier live guitar functioned in maintaining my interest throughout the performance. The audience appeared to lap up every single note with a rabid response and in conclusion its another “legendary” band that I can cross off my bucket list in a modern era which is losing more bands of that ilk nearly on a regular basis.

Just Got Back
Long Time Coming
Clock Strikes Ten
He’s a Whore
Need Your Love
Taxman, Mr. Thief
You Got It Going On
If You Want My Love
No Direction Home
Never Had a Lot to Lose
Stop This Game
I’m Waiting for the Man (The Velvet Underground cover)
(Tom Petersson on lead vocals – with ‘Heroin’ snippet)
I Know What I Want
Voices
I Want You to Want Me
Dream Police

I'm a 40 + music fan. Fond mostly of Rock and Metal my staple-musical food delights. Originally from Northern Ireland I am now based in the UK-Manchester. I have a hectic musical existence with regular shows and interviews. Been writing freelance for five years now with several international websites. Passionate about what I do I have been fortunate already to interview many of my all time musical heroes. My music passion was first created by seeing Status Quo at the tender age of 15. While I still am passionate about my Rock and Metal I have found that with age my taste has diversified so that now I am actually dipping into different musical genres and styles for the first time.
RELATED ARTICLES
cheap tricklive reviewmanchester
8.0