Live Reviews
161
previous article
SPILL FEATURE: PICK UP WHAT I'M PUTTING DOWN - AN INTERVIEW WITH JOEL GION OF THE JONESTOWN MASSACRE
next article
SPILL BOOKS: ANTHONY ROBUSTELLI - STEELY DAN F.A.Q.: ALL THAT'S LEFT TO KNOW ABOUT THIS ELUSIVE BAND 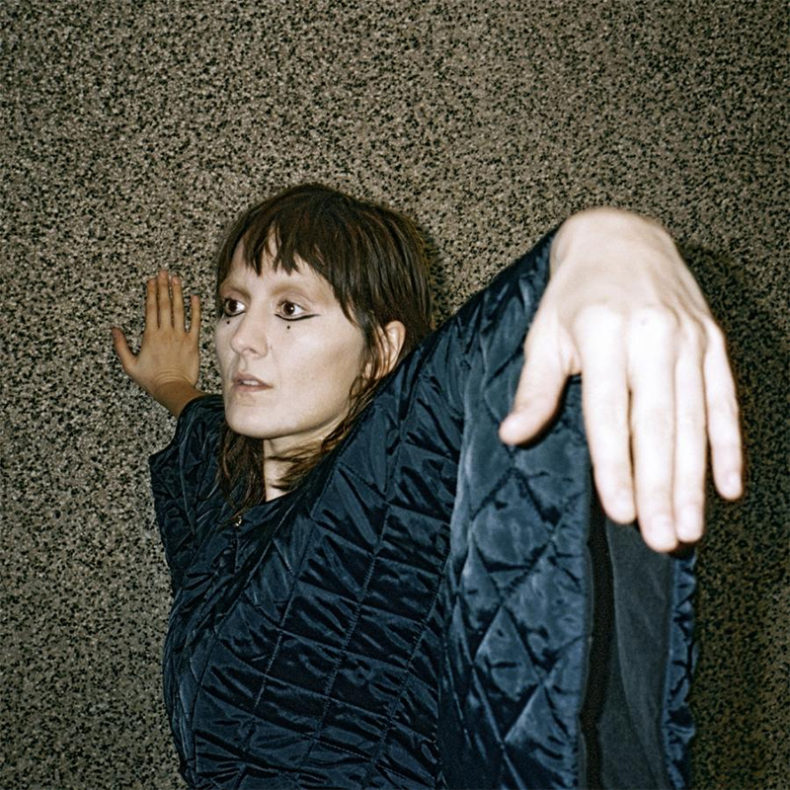 Toronto’s The Velvet Underground hosted a perfectly fitting performance on the night of February 2nd, when they welcomed Welsh musician Cate Le Bon to their stage. A notable emerging talent with strong Velvet Underground influences, Le Bon attracted a full house of dedicated fans to the small club. With a hauntingly beautiful voice, dynamic song-writing, and impressive musicianship, Le Bon delivered a memorable performance to her audience with the relaxed grace of a pro.

Tim Presley, a current collaborator of Le Bon’s, opened up the evening with a diverse set. Jumping from experimental rock songs with harsh riffs and blistering guitar solos to mellow psychedelic jams with melodic vocals and expert harmonies. Presley served as a solid first act of the night, even though his mix ran a bit hot at times, making certain guitar solos and louder riffs uncomfortably piercing to listen to. This was no fault of Presley’s though, and we’ll just assume the sound guy loved the show so much he forgot to manage the levels. Regardless, Presley showcased some really impressive and distinct songwriting capabilities and got the crowd noticeably amped for the main event.

Cate Le Bon took the front of stage after a quick wardrobe change, since she was in Tim Presley’s backup band, and made an announcement that caused some audience members’ disappointment. The group’s drummer had run into some issues at the border and was unable to make it to Toronto, so as Le Bon explained in her distinct accent, “Tonight we will have to do things differently”. However, when the band got rolling, featuring Tim Presley’s on drums, they launched into a string of fan-favourites without a hitch. Le Bon has developed an incredibly diverse catalogue for herself over the years, and she shared this range in both composition and genre for her fans in an exciting and dynamic set list.

Effortlessly playing through complex guitar lines, Le Bon’s vocal performance never wavered as her intricate dreamy melodies rang out in perfect pitch throughout the night. Ripping into new singles from her new album Crab Day, Le Bon shared her more experimental fast-paced rock sounds with the new single “Wonderful”, giving everyone an energy boost early into the set. The night continued with a crowd-pleasing mix of primarily new tracks and favourites from Le Bon’s 2013 release Mug Museum. Seamlessly transitioning from mellow Lou Reed-esque guitar grooves into fast-paced guitar rock jams, Cate Le Bon captivated her loyal fans throughout the evening. The crowd swayed back and forth to Le Bon’s flawless vocals and spot-on guitar playing, along with her band all playing off each other, expertly weaving leads and harmonies beneath each track.

The night ended off with a highlight, as the group began playing the infectious opening guitar riffs to “Are You With Me Now?”, the crowd erupted with applause and sang along with Le Bon. Everyone at The Velvet Underground that night seemed sincerely appreciative of Le Bon for making the trip up North, after almost cancelling the show in light of their drummers absence. If Le Bon and her band had half as much fun as their fans did that night though, I’m sure it was well worth the trip.

Growing up in the dull suburbs of Southern Ontario, Elijah gravitated towards the city at a young age. With a healthy addiction to live music, and a constant itch for discovering his new favourite band, he finds himself happily submerged in Toronto's music scene. With his work appearing thus far in Sock Monkey Sound, and The Spill Magazine, he's going to keep this writing thing going for a while.
RELATED ARTICLES
cate le bonlive reviewthe velvet underground
9.0