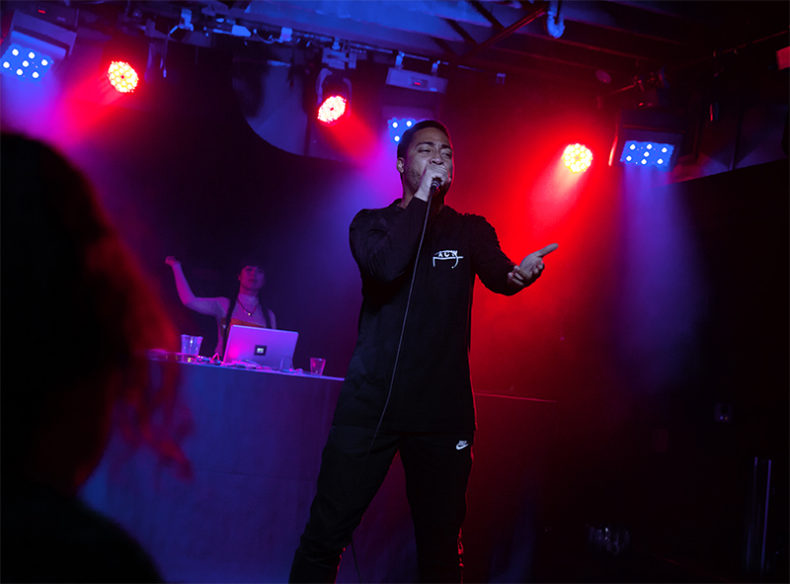 Hua Li (化力) opened for Cadence Weapon to a crowd of about 20 people. She rapped and sang about old boyfriends and their new girls and how she is feeling better off without them. She rapped in what sounded like a New York accent which made it somewhat difficult to fully understand her lyrics, however her confidence still shone. At one point, she took the time to give genuine thanks to the people supporting her on tour, including her crew and the audience. She then dove deeper, sharing a story about how one of her abusive ex-boyfriends was in the music scene in Montreal,  and how his presence there made her feel hindered in her ability to rise up in the local rap scene. She stressed to the crowd the importance of the Me Too movement and encouraged everyone to keep calling out bad behaviour. The talk loosened up the crowd as she gave a passionate performance of “This Chaos.” 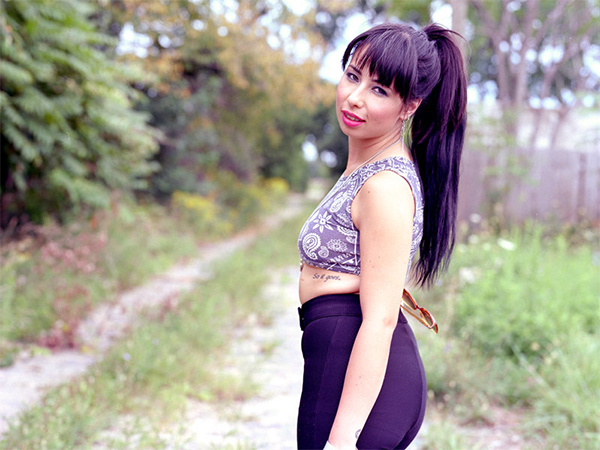 The next was was Texas-proud Fat Tony who was pumped and ready to hype up the crowd. He played his EDM/hip-hop remix of “I Write Sins Not Tragedies” by Panic! At The Disco. His freestyling skills are excellent and have a sharp, aggressive flow. He was an engaging character as he jumped around the stage, swinging his microphone and screeching the end of some verses. Some of his tunes were sampling punk and country songs into heavy rap beats. He rapped and screeched with a punk attitude. At times the music would end and he would continue to freestyle rap about his surroundings, the audience members, or the drive over to the venue. Cadence joined Fat Tony for a song as well. 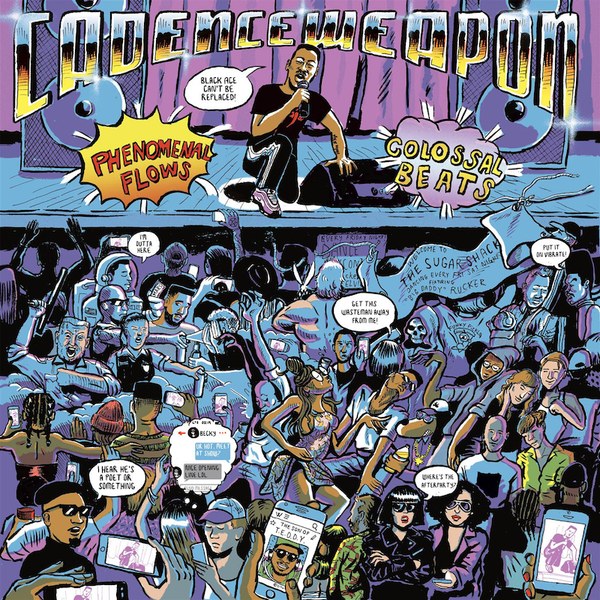 At a quarter to midnight, Cadence Weapon was ready to get down and into the songs with no introduction. He too had an aggressive rapping style like Fat Tony, but his was smoother and had the clearest diction of the night. “Home Sweet Home!” he shouted out about being  in his hometown of Toronto. Next, he performed a political song, sharing that American audiences only like it depending on who is president at the time and “right now, they don’t like the song.”  At times he rapped softly, but at other times went hard depending on the lyrical content of the song. He introduced one of his new tracks from his self-titled album “High Rise.” Next he performed an unreleased track called “Night Surface [or Service]” which had dreamy, island synths over a rap beat.He then played some of his older tracks about living in Edmonton, inclding one about Connor McDavid of the Edmonton Oilers. Cadence was very open about himself and his experiences and what he likes and it showed great versatility in his music lyrically and sonically.

Vicki Mahony is taking her hobbies of concerts, photography, and ranting and putting them to good use! She is a live-music photographer and reviewer.
RELATED ARTICLES
cadence weaponfat tonyhua li