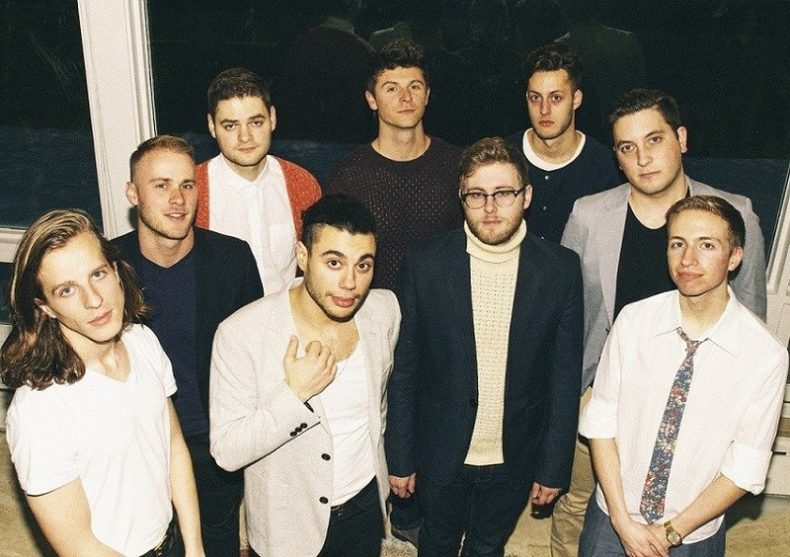 Busty and the Bass

Closing out a day of Montreal Jazz International Festival as the ‘after party’ act was as good an opportunity as any for Montreal natives Busty and the Bass to reconnect with their musical roots, especially when Daniel Caesar set the stage as the day’s headlining act. Add to that the fact that the show was a free set starting at midnight on a Tuesday, an unremarkable performance from the electro-soul/hip hop craftsmen was certainly not what was expected (nor was it what was delivered).

Originally meant to be a double set with a half hour intermission, vocalist and saxophonist Nick Ferraro quickly quashed that idea by announcing that they would “play all night long” before stopping. A tough ask for an act featuring three wind instruments. Even more so with the ongoing heatwave that ensured a ‘boiler room’ ambiance, even if the crowd wasn’t quite packed like sardines.

Busty and the Bass tore through a diverse set of tracks spanning their career, from songs off their recent debut LP Uncommon Good to unreleased tracks from their days performing house parties as a small time university band, hardly leaving a moment to catch their breath between songs.

Despite the heat, the crowd was more than up for it as well. By the third song of the set most people in the room were dancing, and very few of them managed to take a break before the band themselves were walking off stage. Propelled by this energy, Busty and the Bass was at the mercy of their own momentum, obliged to keep the show rolling without pause. They didn’t even have the chance to leave the stage before the encore.

By the time 2 am rolled around, there wasn’t a face in the venue that wasn’t smiling and covered in sweat. Busty and the Bass’ music may not groove with everyone, but their clout as live performers is undeniable. With everything to play for in their Montreal return, they delivered a well-polished, energetic and vibrant performance with very little to speak negatively about. Though the bassist might consider a new haircut…

Based in Montreal but raised across Western Europe, Andrew feels at home both everywhere and nowhere. Having picked up the piano at age four, he has since gone on to add clarinet, saxophone and guitar to his musical arsenal. As well as crafting music, Andrew spends a lot of time listening both at home and in live contexts. Rather than focusing on a particular style or calibre of artist, he is keen to explore music of any shape or size. Outside music, Andrew's passions lie in philosophical writing, visual art and sharing positivity with the world around him.
RELATED ARTICLES
busty and the bassdaniel caesarlive review