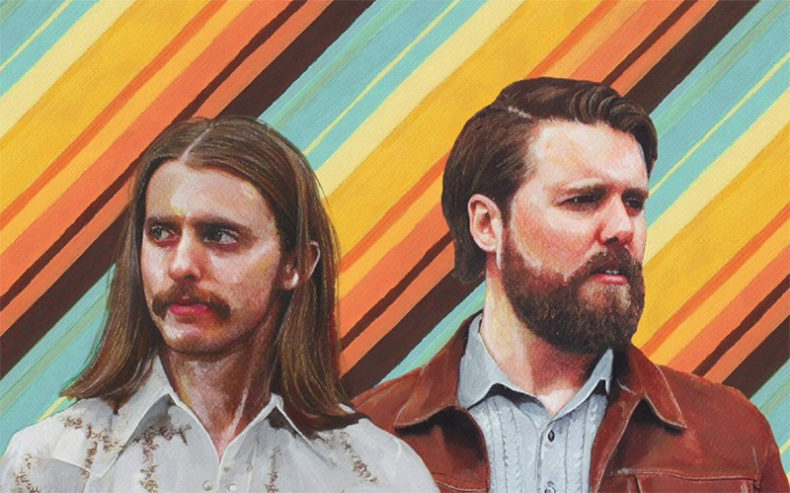 Ewan and Shamus Currie saunter onto the stage as if fresh from the pages of Creem Magazine circa 1973. It’s a miserable snowy February night and the crowd inside Lee’s Palace is hungry for a reminder of sunnier days. BROS were more than happy to oblige and take the crowd on a trip through the best soul and funk north of the border.

BROS is the latest music project from the Currie brothers, Ewan and Shamus, most recognizable as the lead vocalists/guitarists and keyboardists of The Sheepdogs. They have ditched the 70s guitar-driven rock of their main band, and instead find themselves embracing the other half of the 1970s musical spectrum; channelling their inner Sly & The Family Stone and creating a full funk/soul band, complete with a horn section.

The band backing The Currie brothers is superb. It’s not often these days you see a full band, complete with 4 trumpeters, 2 drummers and 2 keyboardists. Their sound had no problem filling the venue. The only complaint is that the stage was perhaps too small to accommodate the band. As space on the stage was tight, it prevented interaction between the band sections and made mobility on the stage difficult. But overall, the band was able to keep the music tighter than Ewan Currie’s jeans.

When watching BROS in concert, it’s impossible to just stand along and nod your head. It’s music that demands to be danced too. Before long the entire crowd had transformed into a giant dance floor. Even in the back by the bar, where crowd participation is low, people found the rhythms inescapable. BROS’ set list balanced uptempo tracks with slowed down ballads. The subject matter never got too serious with song names like “Scoobie Doobie”. With the crowd swaying and grinding, getting as close together as it did, it would be no surprise if BROS were the cause of a few birthdays nine months from now.

Photographer by choice, writer by necessity. Since moving to Toronto in 2011 Morgan has become an active member of Toronto’s music scene. On any given night he can be found at various venues with his camera in hand. There’s nothing he loves more than exploring all the venues this wonderful city has to offer, discovering new bands and genres along the way.
RELATED ARTICLES
brosdine alone recordslee's palace