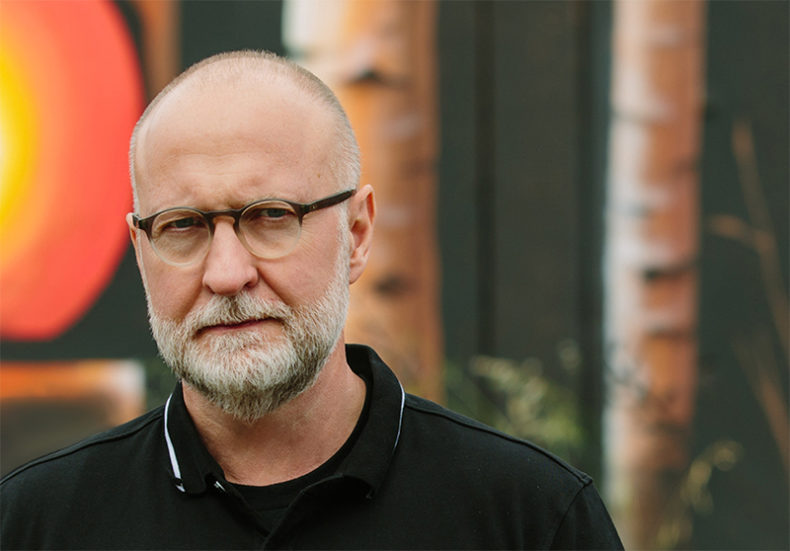 This week at The Phoenix Concert Theatre, Bob Mould fans were treated to a show that both appealed to nostalgia with songs from his extensive repertoire, and showcased his new album Sunshine Rock. The crowd was diverse in age, representing each stage of the alt-rock legend’s career.

The Drew Thompson Foundation opened with an energetic performance, perfectly setting the tone for Mould’s set, which began with “The War”. The heavy guitar strumming and classic vocals captivated the audience immediately. Dressed in low-key red plaid and jeans, his understated appearance was a visual representation of the core of rock ’n’ roll.

The set then rolled into a stream of classic Sugar and Hüsker Dü songs such as “A Good Idea” and “I Apologize”. Each song led seamlessly into the next, barely leaving time for a breath in between, and demonstrating the reason that Mould has consistently been a key player in alternative music for so long.

”Sunny Love Song” was the first song he played from his new album, which has a decidedly lighter tone than his past releases. As the title suggests, the music has a sunnier disposition, which contrasts with heavy riffs and driving rhythms.

After playing for an hour, Mould stopped to address the crowd in what could easily have been the final minutes of the show. However, he simply announced that it was the halfway point and continued without missing a beat. He powered through several more songs and closed with a Hüsker Dü classic, “Chartered Trips”.

For an encore, he performed “What Do You Want Me to Do”, from Sunshine Rock, and “Black Confetti”. The night was a modest spectacle and a powerful display of honest rock ‘n’ roll. Bob Mould remains a true rock icon.

Nicole Swanson has recently made the move to Toronto from Fernie, BC, trading mountain life in pursuit of a career in the music industry. She can usually be found at live shows throughout the week, always in search of great new music.
RELATED ARTICLES
bob mouldlive reviewmerge records