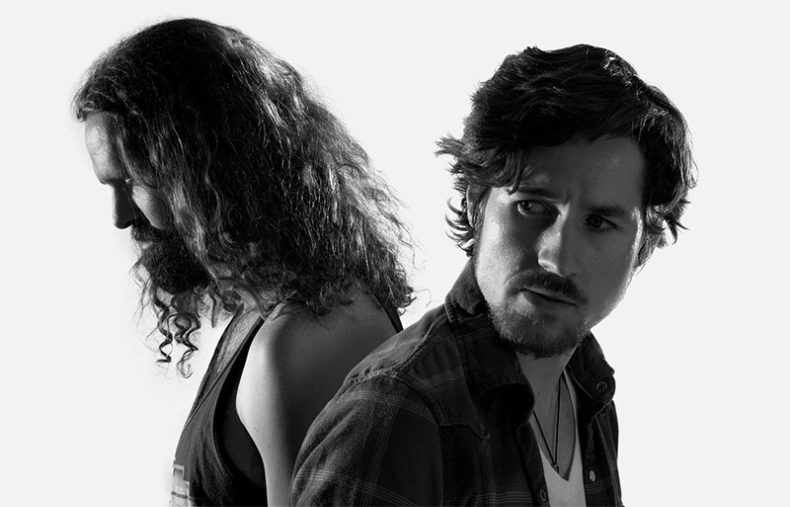 The Phoenix Concert Theater was the place to be to see two of rock ‘n’ roll’s best up and coming bands. Hot on the release of last year’s Deadbeat Graffiti, Black Pistol Fire along with show openers Thunderpussy put on a show that will be talked about for quite some time. And one day, when they’re much bigger, this show will very well be reminisced as one of those shows; an instant classic, a special moment in time when both Black Pistol Fire and Thunderpussy took over The Phoenix for a night of outrageous rock ‘n’ roll, the same way Toronto remembers The Rolling Stones at The El Mocambo Or The Tragically Hip at The Horseshoe.

Opening the show at 8:00 with a brief but spectacular set was Thunderpussy. Dressed in vintage inspired outfits covered in sequins, the Seattle rock quartet came with the intention of winning over Toronto on their School’s Out Tour. For their second performance in Toronto, Thunderpussy pulled out all the stops with a sound that is built on a touch of jazz, a bit of punk, a splash of roots rock, and a whole lot of ‘70s hard rock. Their set included a wide range of tracks from their recently released self-titled debut album, including the hard hitting “Speed Queen”, “Velvet Noose”, and the poppy “Gentle Frame”, along with a cover of the Jefferson Airplane hit, “Somebody To Love”. The band is incredibly tight as they navigate sudden tempo changes with drummer Ruby Dunphy and bassist Leah Julius holding down a strong and heavy foundation for guitarist Whitney Petty to build upon with an array of power chords, weaving and rhythmic lead lines, and some tasty solos. All the while Molly Sides sings with a voice that is reminiscent of a belting Stevie Nicks and dances across the stage like a sultry Iggy Pop. The band closed their electrifying set with “Torpedo Love”, a ballad that grows from ambient guitar and vocal work to incorporate a jazzy bridge section with a final chorus that is simply larger than life. This was an incredible performance from Thunderpussy, a band that everyone should be checking out. 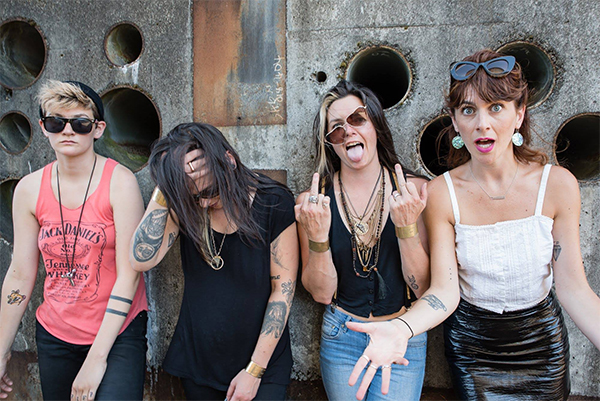 Black Pistol Fire took the stage to a nearly sold out crowd. The blues rock duo, consisting of guitarist and vocalist Kevin McKeown and drummer Eric Owen, are proving to be a live favourite among the Toronto concert scene with fans truly letting loose for this performance. Having seen Black Pistol Fire last summer when they opened for Gary Clark Jr. at The Danforth Music Hall, I was very much looking forward to their set and astounded to report that an already amazing band that once blew me away has only improved since their last stop in Toronto. Previously, I praised the band for their innovation to the blues rock genre with an engaging performance driven by jams and McKeown’s energetic stage show. While the band still feels dangerous and McKeown is still something to be in awe of – after all who doesn’t love a guitarist who jumps across the stage, off the drums and falls over all the while not missing a note of a ripping solo –  the band got tighter as a unit and their jams felt more structured. As a result, the entire set was nothing short of thrilling and considering they are only a duo, the band has an incredibly powerful sound that rivals that of full bands. Their emotional performance of “Speak Of The Devil” stands out as pivotal moment as the band seamlessly played with dynamics to captivate the audience as they shifted from the song’s crunching riff to a softer verse. Similarly, McKeown’s solo was built to slowly grow from a soft blues and jazz inspired melody to a whirlwind of fire before diving back into the calm of the verse. Few bands could perform so dynamically in a live setting which is one of the many reasons why their set was so damn captivating. While Owen may not get the credit or attention that he deserves, it is important to note that he is as integral to the success of the band and as responsible for the live energy as McKeown is – that and the dude is a killer drummer. Their set came to a hard hitting close as they jammed over a fiery guitar solo. Taking a note from McKeown’s stage dives, fans began to do the same, and eventually twenty or so people were dancing on the stage, effectively turning the Phoenix into an Austin, Texas block party soundtracked by one of the loudest rockin’ bands you’ll hear.

Thunderpussy and Black Pistol Fire. Memorize their names and listen to their music; be sure to crank up the volume. These are two bands who are very much on the path to being the influencers of the future of rock music. Thunderpussy, following in the path of Pearl Jam, manage to blend hard ’70s rock with ambient and haunting ballads along with classic ’50s R&B sensibilities and a punk flair, while Black Pistol Fire are rapidly catching up to the likes of Gary Clark Jr. in terms of furthering the blues genre. These are artists who cannot be praised enough and who one day may very well be headlining arenas. If this concert was any indication, it is something we will all be a whole lot better for.

A passion for music has always been a part of Gerrod’s life. As a young boy, he was raised on a steady diet of the music from The Chili Peppers, Aerosmith, The Stones, Prince, and others from his mum. Raised in the GTA, Gerrod continued to foster his love for music by attending a wide range of concerts and learning the drums. His unapologetic passion for music has no bounds and has spread to a wide variety of styles, whether it be the 90’s rock that sound tracked his teenage years, the jazz he studied in university, or his newfound love for hip-hop. He recently received his bachelors in music and education from York University and is passionate about writing and reviewing good (and less than good) music. Gerrod is also the drummer and songwriter for a Toronto based rock & roll band, One In The Chamber.
RELATED ARTICLES
black pistol firedeadbeat graffitilive review
9.0