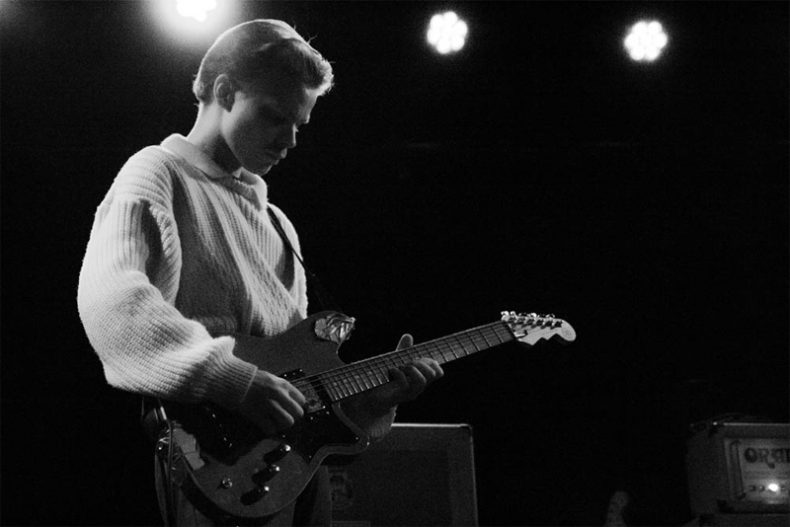 Fat Tony opened for black midi as people packed into Lee’s Palace. The Houston via Brooklyn rapper has been influenced by all sorts of genres, blending country and electronic with trap. This made for a pretty solid show. Although his music contains lots of different sounds, one thing remains solid, and that is his rapping skills. The artist was able to rap and sing over everything with a breezy style that really enforced his confidence as a performer.

In between sets, the crowd grew increasingly anxious for black midi. The band periodically peeped their heads out of the green room overlooking the stage further driving everybody’s excitement. Finally, they stepped out, and without saying a word they dived into the intense track “Near DT, MI”. It was a very satisfying way of relieving the tension that had built up waiting for the band.

They played almost everything off of their debut album Schlagenheim as well as some untitled music that hasn’t yet been released. Each song sounded unique live and the performance could have been mistaken for one exhilarating 60-minute track. “Of Schlagenheim” transformed into a groovy jam session led by drummer Morgan Simpson. The audience switched from head nodding to moshing within a matter of seconds as the band’s energy twisted and turned. They really let their material breathe onstage, changing up some parts, while exaggerating others.

The highlight of the night was the closing track “bmbmbm”. Everyone cheered as the song begun. Geordie Greep’s wacky, improvisational delivery went off the rails as expected, his lyrics became so absurd that he couldn’t help let out a small laugh. The audience went crazy during the noisy feedback-ridden climax of the song. It wasn’t until the lights came back on that everyone realized they were back in Toronto.

Cory is a film maker and music lover raised in the GTA. Ever since a young age music has been a big part of Cory’s life and he often combined his love for music and film together, creating videos of him and his friends skateboarding to their favourite songs. This trend continues in his life as everything he surrounds himself with is always involved with or inspired by music.
RELATED ARTICLES
fat tonylee's palacelive review