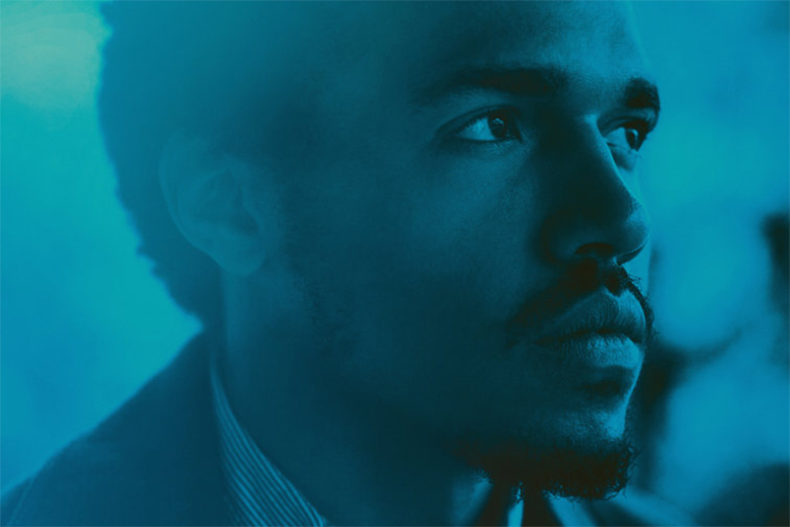 The gritty sounds of the south made their way up to Toronto this week when Benjamin Booker rolled into town to promote his fantastic new album Witness. Booker showcased a unique hybrid of musical genres that attracted fans of all ages. Combining blues and gospel with garage rock, Booker has forged a dynamic collection of songs, featuring equal parts soulful grooves and fast paced thrashy rock.

She Keeps Bees opened up the evening with a bare bones rock set, as the room slowly populated with eager fans. After a quick changeover the simple set-up for Booker’s four-piece band was ready to go and the gang immediately ripped in to the opening track of Witness. With an energetic rendition of the almost punk-rock track “Right On You”, the clubs energy multiplied instantly.

On Booker’s latest release he delves much deeper into his soul and gospel sensibilities, cutting back on the fast paced rock so heavily featured on his debut LP. The contrast between these collections kept the crowd guessing all night, as the audience happily switched from soulful swaying to twisting and head-banging in a second. The tender Witness single, “Believe” was a highlight of the evening, showcasing Booker’s songwriting and spot-on vocals with its modest and soothing arrangement.

Other highlights of the evening included primarily the more energetic heavy tracks, with a literal wall of sound bursting from the stage as Booker and his band lined the front in a row. Old favourties “Violent Shiver”, and “Happy Homes” caused eruptions of applause and excited dance outbreaks. The new track “Off The Ground” also garnered a huge crowd reaction as this tune quickly transitions from slow and mellow to fast and heavy mid-way through, a great summation of Booker’s sound as a whole.

She Keeps Bees vocalist Jessica Larrabee joined the group to perform back-up vocals on a couple of tracks including the new LP’s title track “Witness”. The band nailed this live rendition but the back-up vocals left a lot to be desired; it’s hard to compete with the great Mavis Staples who is featured on the album version of the track.

Booker’s tight hour-long set flew by in no time, his unique take on so many classic genres clearly resonated with every fan in the room that night. There are a lot of groups these days supporting this resurgence of blues rock and gospel, but Booker has a distinct edge that sets him apart. His music possesses an undeniable confidence and rawness that more and more music fans are coming to appreciate; a truly genuine talent the Mod Club was lucky to have hosted.

Growing up in the dull suburbs of Southern Ontario, Elijah gravitated towards the city at a young age. With a healthy addiction to live music, and a constant itch for discovering his new favourite band, he finds himself happily submerged in Toronto's music scene. With his work appearing thus far in Sock Monkey Sound, and The Spill Magazine, he's going to keep this writing thing going for a while.
RELATED ARTICLES
live reviewthe mod club theatretoronto