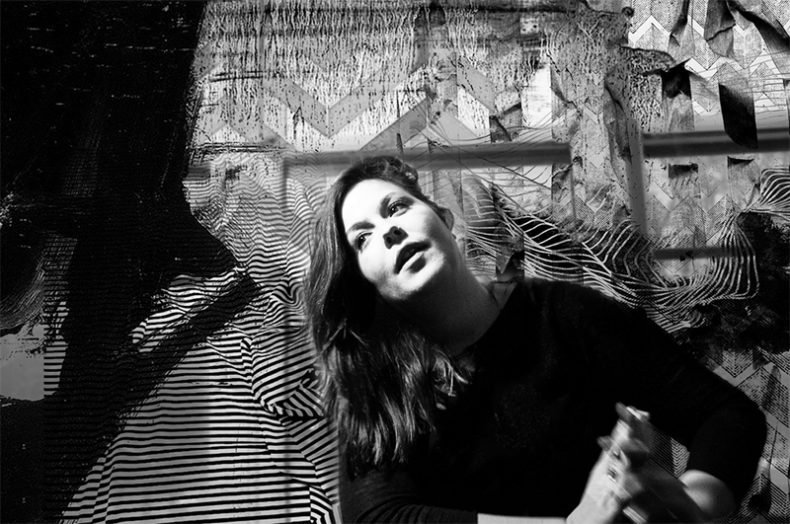 Begonia’s performance on Thursday night was a wonderful escape from the sub-zero temperature of the streets outside. Toes frozen and nose running, I stepped into the dim and warm room at The Drake Underground and felt welcomed at once. It is the perfect venue for anyone looking to have a comfortable concert experience, one without screaming, mosh pits, or an excessive amount of dancing. The Drake Underground is a small room with a bar at one end and an undersized stage at the other, with disco balls and Edison light bulbs that decorate the ceiling. There are a few booths to the side, which is where I settled myself for the evening.

The opening act was Kira May, a Toronto-based vocal looper and “choir of one”. She took the stage and at once, without an introduction, started singing. She jerked around the stage in an awkward manner, pressing buttons on her various effects board and constantly bending down to add something to her loop pedal. The sound system was not good enough to accommodate the amount of loops and sounds she had going at once, which made it way too loud and seriously unpleasant. The echo effect on her voice made it impossible to hear the lyrics of her songs or accurately judge her singing ability (although, I did note her overuse of glissandos). Kira didn’t have the attention of the audience. It was unfortunate, though not unexpected; most opening acts are disappointing.

Begonia took the stage at 9 o’clock and blew me away. I had listened to their new 5-song EP, Lady In Mind, on the subway, and felt that the sound was thin and that Alexa Dirks’ was just a generic pop voice. But, like with most things, I was wrong. They opened the set with “All My Aching”, done a capella, and went into “Juniper”. At once, I was impressed with Alexa; she sounded better than she does on her album. Her voice is like that of Adele and Amy Winehouse, but completely her own. She captivated the audience with lustrous stage presence, and she welcomed everyone into her musical world. She cracked self-deprecating jokes between songs, making her seem relatable and incredibly at ease. Every song kept my attention; there was never a dull moment. Begonia did two covers in their 14-song set: “Maybe I Need” by Alexa Dirks old band, Chic Gamine, and “Reservations” by Wilco. Both were wonderful. Even I, a Wilco-hater, thought it was good. Begonia ended with “I Don’t Wanna Love You”, and an encore of “Withers”. Begonia has had a smashing debut with their catchy, original pop songs and fabulous frontwoman. Alexa Dirks made us forget about the freezing night, and just enjoyed the music. We all look forward to the future of Begonia.

The Spill Magazine is a Toronto-based online publication dedicated to covering the independent music scene with a strong focus on our thriving hometown talent. Our writers bring you up-to-date news, in-depth features on musicians and reviews for the latest CD releases. We also travel to the front lines for all local festivals including Canadian Music Week and North by Northeast. Don’t forget to check out our Facebook and Twitter pages for all daily Spill updates.
RELATED ARTICLES
begonialive reviewthe drake underground

by Andrew Marrocco on September 20, 2018
A VERY WINNIPEG EXPERIENCE A CONVERSATION WITH MATT PETERS OF ROYAL CANOE The end of summer means a lot of things for a lot of people. Usually a [...]