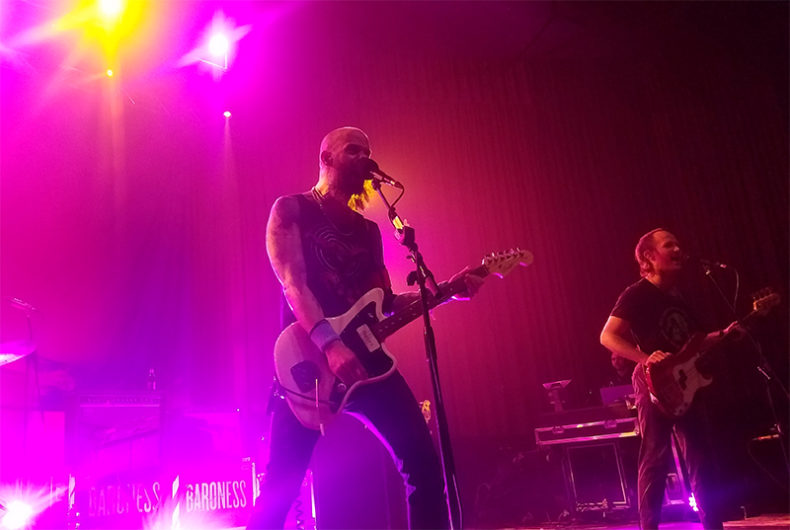 Friday night in downtown Minneapolis is never short of options for an entertaining evening. Tonight, critical darling Jenny Lewis played at First Avenue, and the Timberwolves hosted the superstar-heavy Golden State Warriors roster. Easily the most adventurous and likely rewarding option though was to be had at the Skyway Theatre where metal’s best top to bottom tour of 2019 put on a show to remember.

Opening was Switzerland’s Zeal and Ardor. Conversing with other attendees beforehand, it was surprising how few had heard of Manuel Gagneux’s brainchild, fusing black spiritual music from slave days with black metal both lyrically and musically. Embracing dark lyrics in a way that even Burzum fans would approve (‘Burn the young boy/Burn him good’ from “In Ashes”, for example), Gagneux was electric and his newly formed band was phenomenally technically adept and both his and the backing vocals (far more significant and integral to this project than the vast majority of other metal bands) were both impassioned and pitch perfect. Gagneux’s entire band gives their all, and with each stop on this tour are certainly winning new converts for headlining their own tours in the near future.

Next to the stage was Deafheaven. This reviewer had seen the band in Minneapolis twice prior while touring previous albums Sunbather and New Bermuda. With Ordinary Corrupt Human Love tracks fully embracing a melding of late ‘90s and ‘00s alternative rock with metal in a way that is unique even by post-metal standards, I was excited to hear the new tracks live. 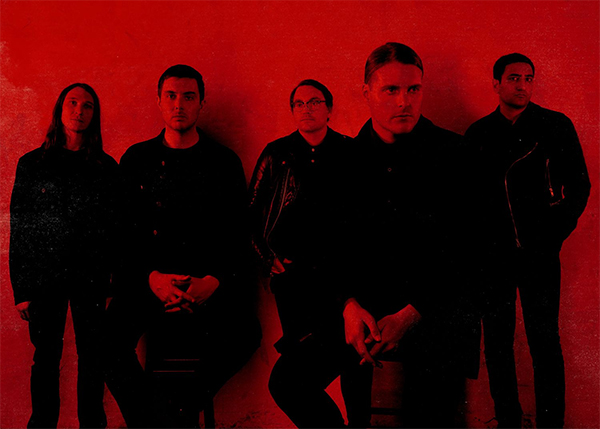 Deafheaven did not disappoint. George Clarke’s vocals were higher in the mix than in previous shows and alternate between prowling the stage, dancing, and exhorting the audience to come closer, ever closer. The entire band is clearly peaking at this time, looked remarkably fit and infinitely happier than in the previous shows I had attended. Kerry McCoy’s musical performance has progressed dramatically and he is clearly having a blast playing songs from the new album.  For this fan of the band, it warmed my heart to see him and everyone onstage thriving. From the set-opening New Bermuda  (“Brought to the Water”) to perennial closer “Dream House”, Deafheaven provided an experience that proved that music journalists would be better served seeing this band as uniters, and drop the tired trope of the band not being accepted by narrow-mminded metal fans unwilling to accept bands who dare to deviate and innovate past traditional black metal boundaries.

The stage was now set for Baroness, touring before their long-awaited Gold and Grey’s release.  With longtime guitarist Pete Adams gone, this is the first tour with Gina Gleason taking over his duties.  Gina fits the band perfectly, with a joyous approach to her musicianship that mirrors John Dyer Baizley’s infectious love of performing.  New track “Borderlines” received the same love from a clearly knowledgeable audience as older tracks primarily taken from the Purple and Yellow and Green albums.

The complexity of the guitar lines in many of the songs performed jumps out in the live setting, and the cleaner tones Baroness often employs and excellent mix at the Skyway (props to the soundman tonight!) really contributed to the audience appreciation of tracks like “Green Theme”.  “Eula” was an absolute stunner live and Baizley and Gleason have an undeniable chemistry that proves that Baroness is in great shape in 2019 and beyond.

This tour rolls through the Danforth Music Hall in Toronto on April 2 and the Theatre Corona in Montreal on April 3.  Anyone who wants to witness part of the golden age of metal shouldn’t think twice about picking up tickets to this incredible night of music.

Wayne grew up in southwestern Virginia on a steady diet of country music before graduating to the Clash, Danzig, Fugazi and the indie and grunge scenes in the 1990s. He lives for live music and writes for Spill as a backup plan in case Trump wins re-election and he needs some Canadian connections.
RELATED ARTICLES
live reviewminneapolisskyway theatre